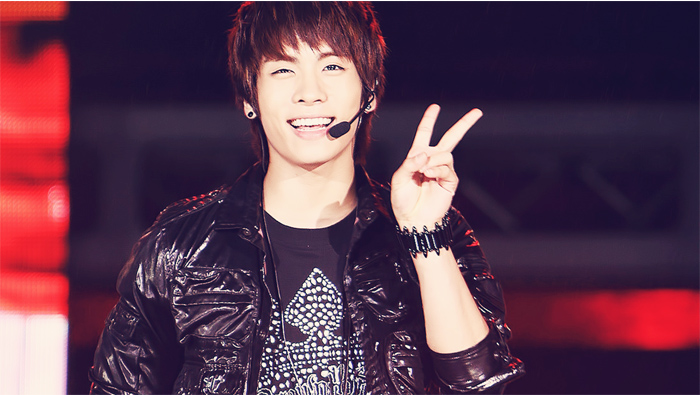 A top K-pop star wrote in a suicide note that he was "broken from inside" and "engulfed" by depression, it emerged Tuesday as his death sent shockwaves among fans worldwide.
Kim Jong-Hyun, 27-year-old lead singer of the hugely popular K-pop boyband SHINee, was found in a hotel room in the South Korean capital Seoul in what police said was suicide.
A coal briquette was burning on a frying pan -- a common method of self-killing in South Korea, an ultra-competitive society with one of the world's highest suicide rates.
Kim's close friend, musician Nain9, released a suicide note on her Instagram account, saying he had asked her to publish the message in the event of his death.
"I am broken from inside. The depression that gnawed on me slowly has finally engulfed me entirely," it said, adding he "couldn't defeat it anymore".
"I was so alone," he went on. "The act of ending is difficult. I've lived until now because of that difficulty."
"Please tell me I did a good job," he implored, ending the note with: "You've worked hard. You've really gone through a lot. Goodbye."

Number Ones
The five-member SHINee debuted in 2008 and went on to lead the "Korean Wave" that saw South Korean pop culture develop a fan base across Asia and beyond. Known for peppy songs and carefully-choreographed dance numbers performed with military precision, SHINee have become one of the world's best-known K-pop acts. The band have released five albums that swept charts at home and abroad, with some of them reaching Number 1 on the US Billboard World Albums chart.
Kim was seen as a model K-pop celebrity, who boasted flawless singing and dancing skills and rarely made headlines with the romantic relationships, drink-driving or drug use that derailed the careers of many other artists.
He released his first solo album in 2015, topping the Billboard World Albums chart, and performed at solo concerts in Seoul only last week.
K-pop stars undergo cut-throat competition and gruelling years-long training at the hands of their agents, who dictate everything from music style to diet and even mobile phone use.
Many are also under pressure to maintain a squeaky-clean and wholesome image at all times.
A master's thesis by a prominent Seoul actress in 2009 said that 40 percent of actors or actresses had considered suicide at least once due to a lack of privacy, online bullying or unstable incomes.
Hundreds of Kim's tearful fans paid their respects at a mourning altar in the Seoul hospital where his body lay. "I came here to say the last farewell... since we fans apparently couldn't be there for him when he needed help most," said Jung Min-Kyung, 19. "I think our country has very high expectations of celebrities," she added.

'Last farewell'
Social media was flooded by thousands of messages of mourning, and in the hours after his death it was the top trending topic on China's Twitter-like Weibo, with more than 140 million views. "I really can’t believe that you’re gone," wrote one poster. "Wish you can rest in peace in heaven, be an ordinary person in your next life and smile happily." China is a major K-pop market and songs written or performed by Kim packed the Korean top 10 charts on Xiami.com, one of the country's most popular music websites.
In the Chilean capital Santiago, photos showed throngs of fans sobbing near a makeshift memorial outside the Korean embassy. Many other K-pop stars in the stable of SHINee's agents SM Entertainment -- which dominates K-pop -- cancelled public appearances to visit the mourning altar in Seoul.
Kim's funeral would be held on Thursday, the firm said in a statement, adding: "Other members of SHINee as well as other artists at our company are all mourning his death amid deep sorrow and shock."
Seoul police said it seemed "certain" that Kim's death was a suicide and they planned to close the case without an autopsy as requested by his family. He was pronounced dead shortly after being moved to a hospital.
Authorities were alerted by his sister, after he sent her text messages reading: "This is my last farewell" and "Please let me go and say I did a good job."