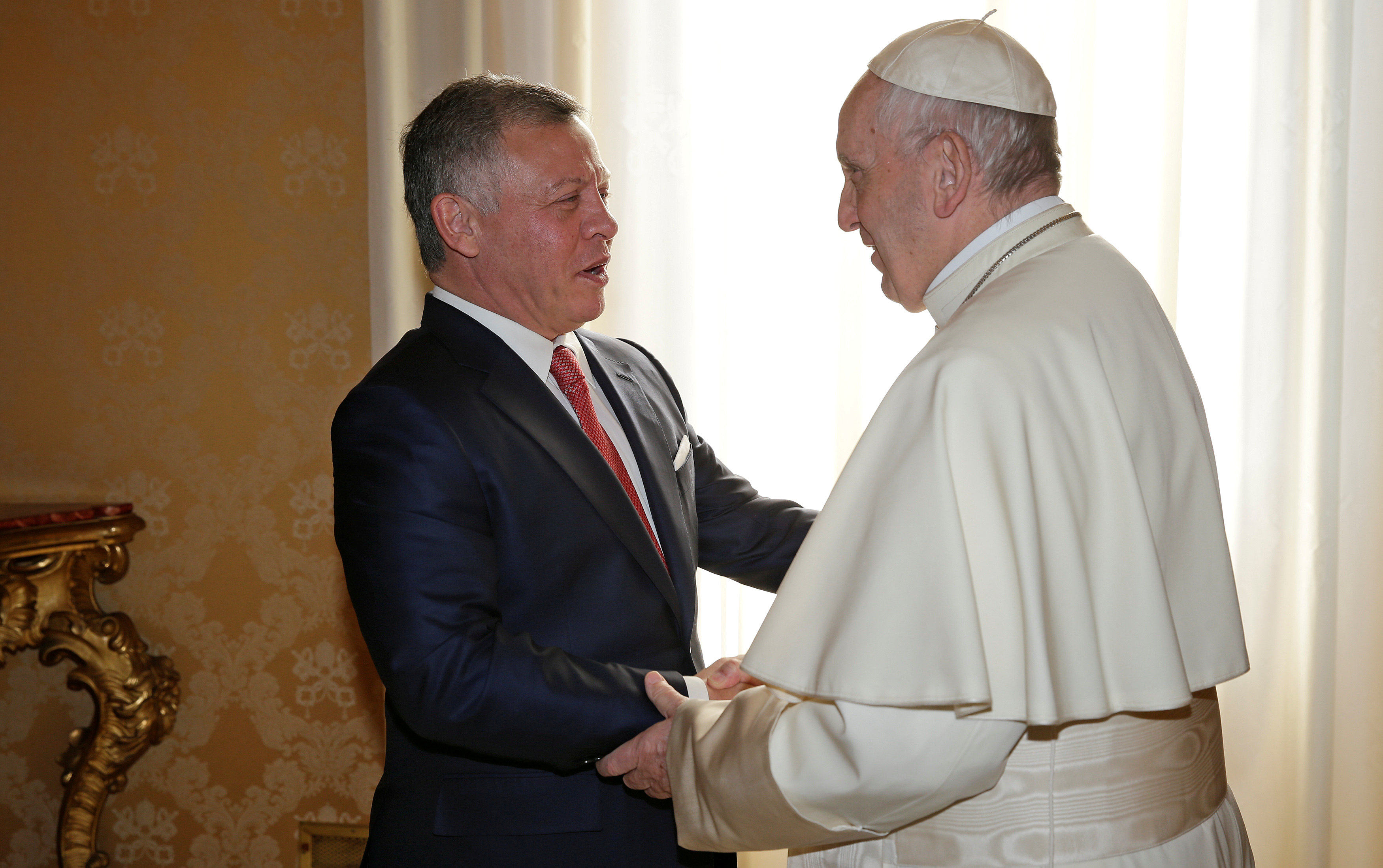 Vatican City: Jordan's King Abdullah II and Pope Francis on Tuesday discussed the US decision to recognise occupied Jerusalem as Israel's capital, as well as the former's role as custodian of the city's holy sites.
"My dear friend and brother," said Abdullah as he greeted the pontiff at the Vatican, presenting him a painting of occupied Jerusalem's Old City.
The Vatican said the pair had "cordial conversations focused above all on the theme of the promotion of peace and stability in the Mideast, with particular reference to the question of (occupied) Jerusalem."
They discussed "the role of the Hashemite Sovereign as Custodian of the Holy Places" and pledged "to encourage negotiations among the interested parties, as well as promoting inter-religious dialogue," it said in a statement.
Francis called for "respect of the status quo" in occupied Jerusalem earlier this month following US President Donald Trump's decision to recognise occupied Jerusalem as Israel's capital, warning against "a new spiral of violence".
Abdullah has denounced the occupied Jerusalem announcement as "a violation of international rights".
Occupied Jerusalem, which contains sites considered sacred by Christians, Jews and Muslims, is of huge importance to both Israel and the Palestinians.
Trump's recognition of it as the Israeli capital, and his plans to move the US embassy there from Tel Aviv, effectively ignores Palestinian claims on the city and has led to widespread criticism and protest, particularly in the Arab world.
Israeli sovereignty over occupied Jerusalem has never been recognised internationally, and all countries maintain their embassies in Tel Aviv.
The UN has long maintained that the only way to forge peace is to have two states -- Israel and Palestine -- with occupied Jerusalem as the capital of both and the borders returned to their status before the 1967 war.
Occupied East Jerusalem was annexed by Israel after the war, but before Trump's announcement it had not been internationally recognised as part of Israel.