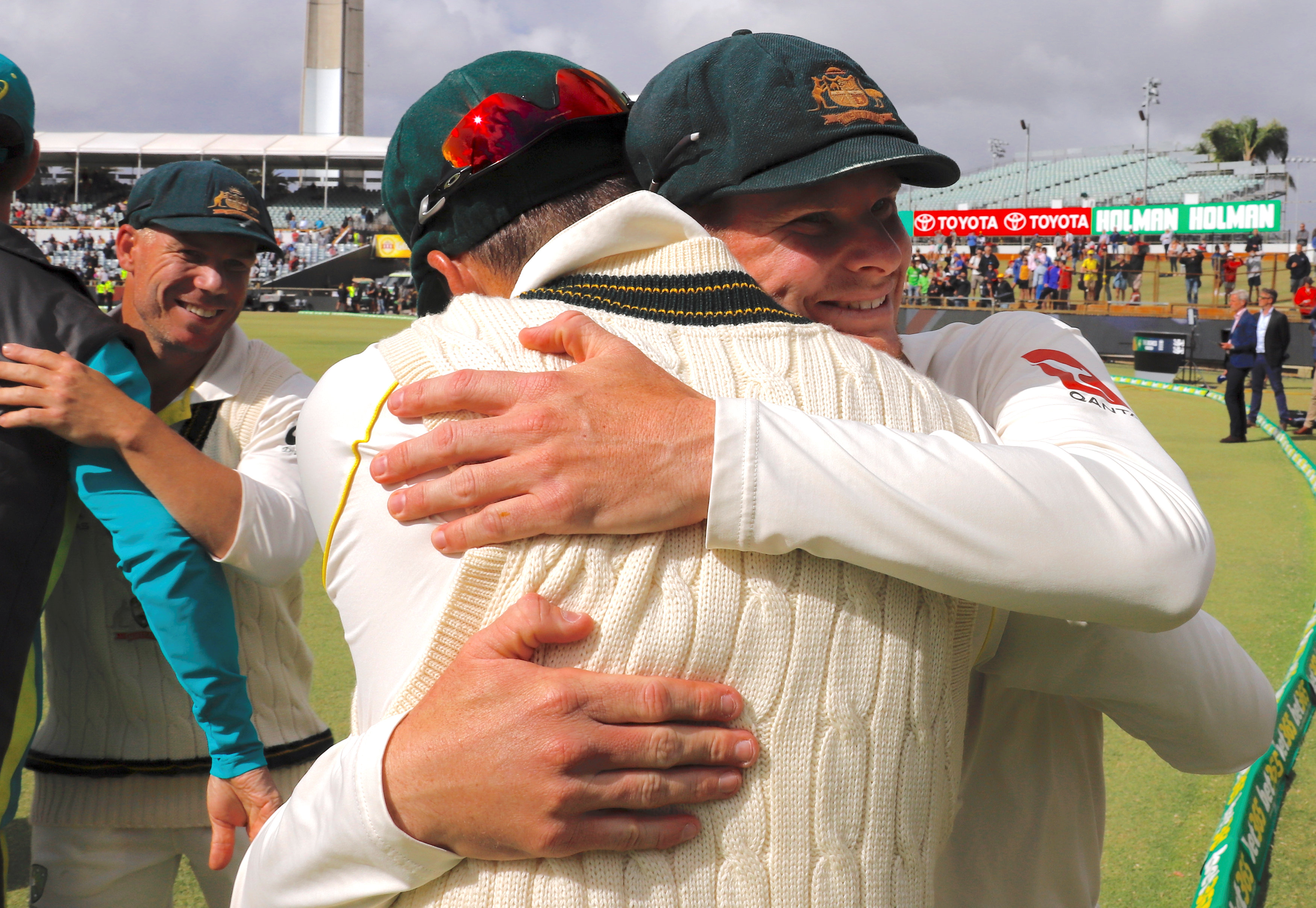 Perth: Thrilled Australia captain Steve Smith praised his bowlers and savoured an "amazing" feeling as a victorious Ashes captain after his team wrapped up the series 3-0 with a dominant win in the third Test at the WACA on Monday.
Australia thrashed the tourists by an innings and 41 runs before tea to reclaim the urn with two matches to spare.
"Captaining an Ashes-winning side, it's an amazing feeling," Smith said after Australia bowled England out for 218.
"So much preparation has gone into this Ashes series. The way we’ve gone about it has been spectacular.
"So many different emotions are coming out right now, I’m that excited."
Josh Hazlewood grabbed a five-wicket haul in the second innings, with fellow seamer Pat Cummins cleaning up the tail as Australia's pacemen continued their dominance in the series.
"The bowlers have done a terrific job throughout the whole series ... I thought Josh Hazlewood was magnificent today to get five wickets," added Smith.
England captain Joe Root was downcast after emulating his predecessor Alastair Cook in surrendering the urn with two games to spare.
"Yeah, it is very difficult to take," he said.
"They’ve outplayed us in all three games. We’ve got to be better.
"We’ve got to make sure we go to Melbourne and prepare well and put in really good performances there."