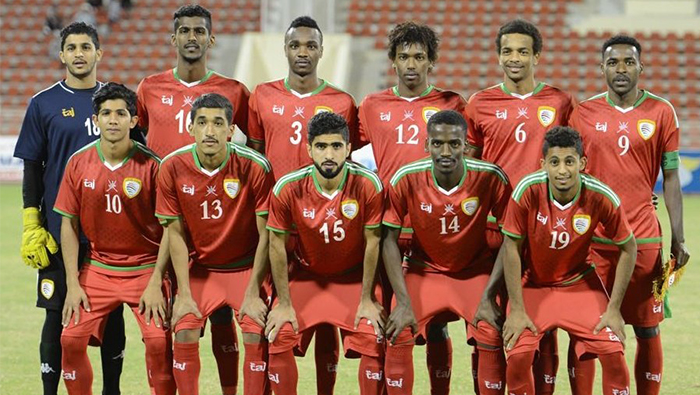 Muscat: Oman will face the United Arab Emirates (UAE) in their opening match of the 2017 Gulf Cup of Nations, just a few hours after hosts Kuwait kick-off the football tournament alongside Saudi Arabia.
The fixtures for the Gulf Cup were released by the Arab Gulf Cup Football Federation this week, with Oman being drawn alongside the UAE, as well as both home nation Kuwait and favourites Saudi Arabia in Group A.
Oman first take to the pitch on Friday, December 22, at 9pm local time, before playing against Kuwait on December
Group B will see Qatar and Yemen play against each other at 5.30pm, followed by Bahrain’s game against Iraq two-and-a-half hours later.
Yemen will then take on Bahrain, as Iraq will meet Qatar on the pitch. The last round of games will see Qatar paired up against Bahrain, as Yemen play Iraq.
The four teams that finish as the group winners and runners-up will then progress to the semi-finals, which are to be held on January 2, 2018. The winner of Group A takes on the runner-up of Group B and vice versa, with both games scheduled to begin at the same time.
The final of the Arabian Gulf Cup is on Friday, January 5, at the Jaber International Stadium in Kuwait City.
Although residents in the nation will be cheering on Oman, Chuck Martini, head coach of the Muscat Football Academy, noted the draw would be tough for the Sultanate.
“It’s a tough, tough draw for them. Kuwait will be strong and the favourites would definitely be Saudi Arabia, closely followed by the UAE,” said the former Leicester City and Morocco international goalkeeper, who represented his nation at the 1994 FIFA World Cup in the USA.
“It will take a massive effort for Oman to qualify from that group, but I do hope the country can keep their good form; my heart wants Oman to go through, but my mind tells me they might just miss out.
“This is tournament football, though; it is crucial to have a good first game, so if Oman start well, and that might just steady the nerves and set them straight,” added Martini, who was former goalkeeping coach at AFC Wimbledon’s academy. “Oman are not the favourites, so they have nothing to lose and there will not be nerves from them at all. The pressure will be on the Saudis and the UAE, followed by Kuwait, so they should use that to their advantage.”
Most successful
This is the 23rd edition of the Arabian Gulf Cup, which had its first edition in 1970. Kuwait are the most successful nation, having won the tournament 10 times, the last of which was in 2010, while Saudi Arabia have lifted the trophy on three occasions, as have Qatar and Iraq.
The UAE have won it on two occasions — the first being in 2007, when striker Ismail Mattar scored against Oman goalkeeper Ali Al Habsi in Abu Dhabi. Oman famously won the Gulf Cup when the tournament came to Muscat in 2009, the Sultanate beating Saudi Arabia 6-5 on penalties after they finished goalless in normal and extra time.
Although Qatar were initially scheduled to host the Gulf Cup of Nations, a decision by football’s governing body, FIFA, saw those rights being handed to Kuwait.