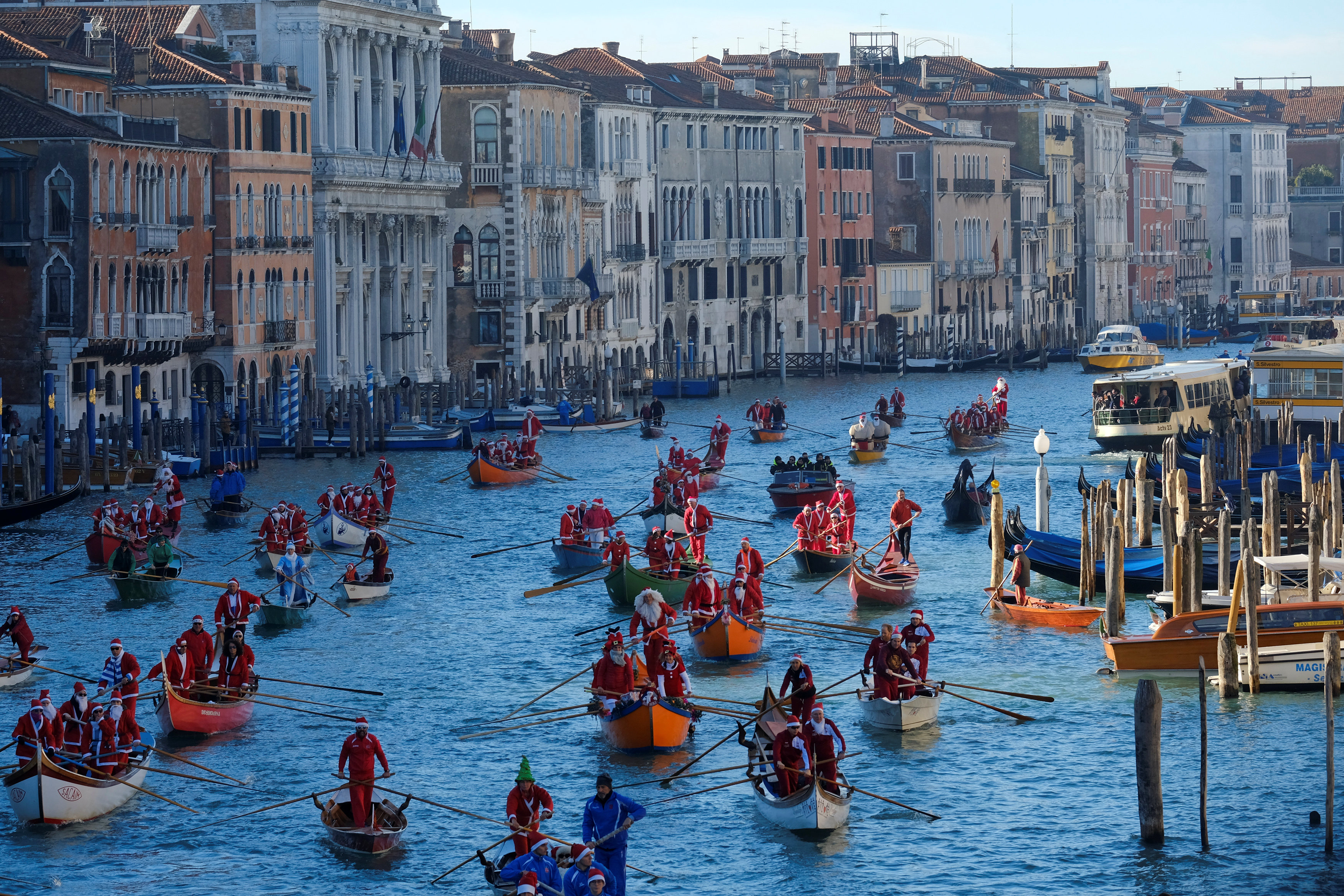 Venice: Dozens of rowers dressed as Father Christmas raced down Venice's Grand Canal on Sunday, cheered on by crowds gathered to watch the annual fancy-dress regatta.
Organised by the University Ca' Foscari, the eighth edition of the race set off from Saint Mark's Square, with champions and amateurs competing in traditional "mascarete" boats -- once the domain of fishermen.
They were followed by a water parade of fellow Father Christmases in "bissone", "caorline" and dragon boats -- flat vessels with six to eight rowers each that nipped down the canal in the winter sunshine.
Since it began in 2009, the regatta has been held in the run-up to Christmas. Those feeling particularly sporty -- or keen on losing Santa-sized stomachs -- can take part afterwards in a race through the Italian city's allies and squares.