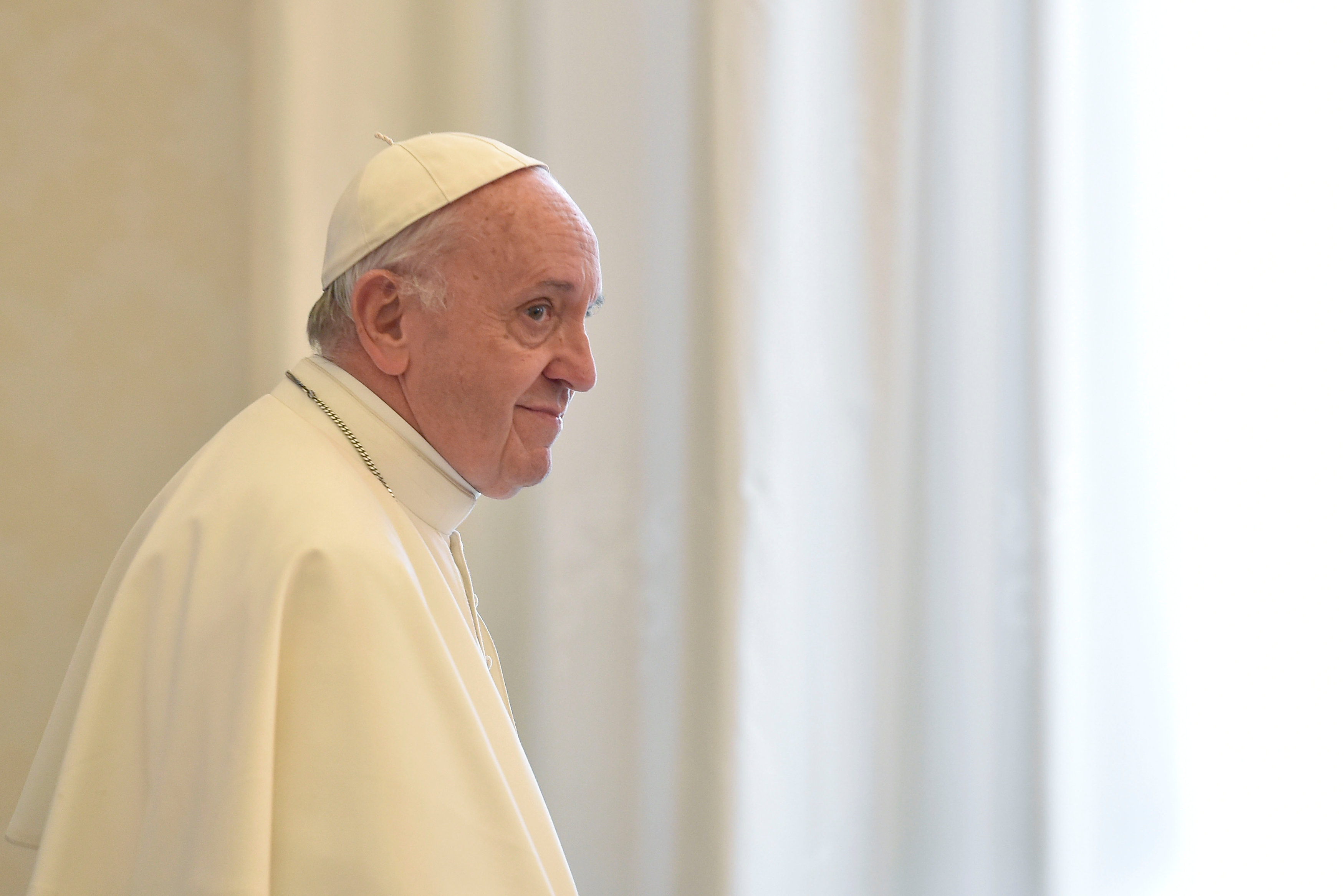 Vatican City: Pope Francis celebrated his 81st birthday on Sunday with a hero cake and a message urging the world -- and children in particular -- to join in the holiday mood and be joyful.
The Argentine pontiff thanked the crowds gathered in Saint Peter's Square for the Angelus prayer as they sang happy birthday, and was expected to slice into his birthday cake after lunch.
It sports a picture of the pope carrying the world on his shoulders, designed by Italian graffiti artist MauPal.
The artist -- whose real name is Mauro Pallotta -- famously depicted Francis as Superman in 2014 and has since begun supporting Vatican charitable projects by selling T-shirts bearing the flying pope.
The pear and cinnamon delight shows Francis in his white cassock, holding up with one hand the world, which is divided in two but stitched back together -- a symbol of the pope's unifying force, Rome pastry maker Hedera said.
Francis's birthday this year falls on Gaudete Sunday, which the church marks as a moment of particular joy.
"Be always joyful, even when things don't go as we wish they would," the pope said during the Angelus prayer.
He had earlier stressed the importance of sheltering children from adult woes.
"When children see problems at home, parents that fight, they suffer. Don't make them sad. They must always grow up with joy," he said as he met disadvantaged youngsters looked after by a Vatican foundation.