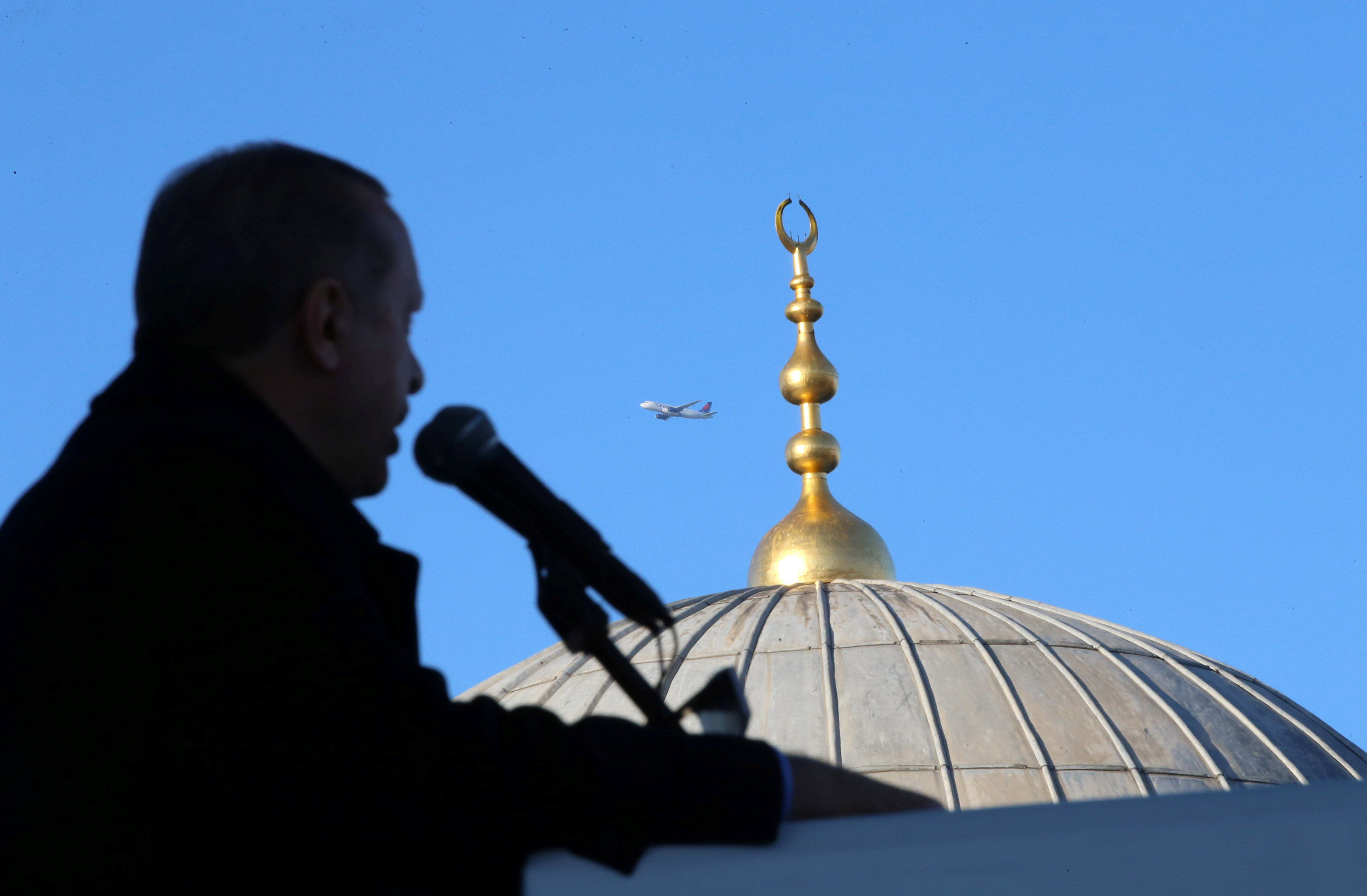 Istanbul: President Recep Tayyip Erdogan expressed hope on Sunday that Turkey would soon be able to open an embassy to a Palestinian state in occupied East Jerusalem, as he again denounced Donald Trump's recognition of the city as the Israeli capital.
Erdogan has sought to lead Islamic condemnation of his US counterpart's move, calling a summit of the leaders of Muslim nations last week in Istanbul who urged the world to recognise occupied East Jerusalem as the Palestinian capital.
East Jerusalem was annexed by Israel after it seized control of the area in the 1967 war, in a move never recognised by the international community.
"Because it is under occupation we can't just go there and open an embassy," Erdogan said in a speech to his ruling party in the city of Karaman.
"But, inshallah (God willing) those days are near and... we will officially open our embassy there," he said, without giving any precise timescale.
Turkey currently has a general consulate in occupied Jerusalem. Ankara has full diplomatic ties with Israel, and like all other nations, its embassy is in Tel Aviv.
Erdogan again slammed his US counterpart's decision to declare occupied Jerusalem the capital of Israel and move the US embassy in Israel to the city, saying it smacked of a "Zionist and evangelist logic and understanding."
He said Jews had no right to "appropriate" occupied Jerusalem which was the the "capital of Muslims".
"Please stop where you are and don't attempt any Zionist operation," he said. "If you try, then the price is going to be high."
Erdogan hailed the outcome of the December 13 summit which he said showed the "world a vote of unity".
In a speech on the eve of the summit, Erdogan had warned Muslims against "internecine warfare" and "attacks to bring down Muslims from within" saying fighting with each other "only helps terror states like Israel".
Israel has reacted relatively cooly to Erdogan's repeated broadsides over the last days, although Prime Minister Benjamin Netanyahu said he was "not impressed" by statements made at the summit.