'The Post' is about the state of America, star Hanks says 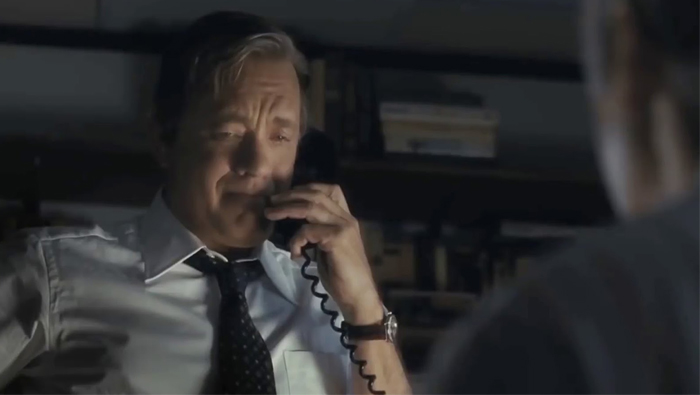 WASHINGTON: Steven Spielberg's new movie "The Post" isn't just a 1971 tale of press freedom or the place of women in the workplace. It poses key questions about the United States today, star Tom Hanks says. "I think it's a very good patriotic movie about 'what is the state of America?'," Hanks told Reuters at the world premiere in Washington D.C. on Thursday night.
"This is about a women's place and equality in the workplace ... It is definitely about the legacy of the Vietnam War and what 40 years of policy did to the United States of America. And it's also about the journalistic integrity of people who view it as not their job, but their responsibility to go out and get the truth," Hanks added.
Starring Hanks as Washington Post editor Ben Bradlee and Meryl Streep as Washington Post publisher Katharine Graham, "The Post" dramatises the battle by newspapers in 1971 to publish the leaked Pentagon Papers detailing the U.S. government's misleading portrayal of the Vietnam War.
Spielberg has said he rushed to film and release the movie within a year because the parallels between 1971 and 2017 were "terrifyingly similar." The movie, opening in US movie theatres on Dec. 22, arrives at a time when the media has been under attack by US President Donald Trump since his election in November 2016.
On Thursday, Spielberg said the theme of press freedom goes beyond any single government. "Everybody goes through a tug of war with the media, with the press. Obama went through it. Bush goes through it, Clinton went through it. The current administration is going through it," he said.
"The Post" was nominated this week for six Golden Globes and is seen as a front runner for Oscar nominations when they are announced in January.