Luxurious elegance at its best 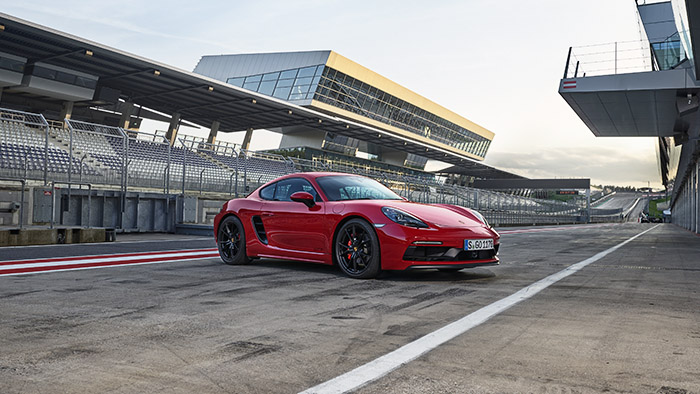 Representing a year of major milestones for Porsche Middle East and Africa FZE, 2017 saw the kick-off of an unprecedented product offensive, with the announcement of several new Porsche sports cars, resulting in an ever-growing choice for customers across the region. The last 12 months saw the arrival of the new generation Panamera, including the fastest model in the series, the new Panamera Turbo S E-Hybrid. The brand’s iconic 911 range saw new additions in the form of the 911 GTS range, 911 Turbo S Exclusive Series and 911 GT3.
Furthermore, dealer organisations across the Middle East, Africa and India opened up order books for several other new models set to arrive in early 2018, including the highly anticipated third generation Cayenne, the record-breaking 911 GT2 RS, an all-new Panamera Sport Turismo, 718 GTS range as well as the refined 911 Carrera T.
**media[790200]**
Commenting on the year’s developments, Deesch Papke, Chief Executive Officer at Porsche Middle East and Africa FZE, commented: “2017 has been a true showcase of Porsche’s evolution, resulting in the most diverse selection of sports cars in our history. Each new model, we have either introduced or will be launching in the next few months, produces impressive performance and exhibits the iconic Porsche design DNA that make them all attractive offerings in their respective segments. Our aim has never been to purely chase sales volumes, but rather, to continuously evolve our sports cars by ensuring that they fulfil our customer’s needs and desires. This approach has resulted in the noticeable positive reaction from enthusiasts in our region to the second generation Panamera and the continued growth in popularity of the Macan.”
Also in 2017, the conclusion of a successful era in Porsche’s motorsport history came in the form of the 919 Hybrid’s final competitive outing at the Bahrain round of the World Endurance Championship. As a catalyst for development and testing, a range of key technology advancements have been transferred from the 919 Hybrid into road-going cars, including the four-cylinder turbo engine for the Porsche 718 Boxster.
Achieving a list of accolades that includes; six world championships, three consecutive Le Mans wins, 19 pole positions and 12 fastest laps across 33 races, the contribution of this iconic Porsche race car will play an ongoing role in the evolution of the brand’s future sports cars.
Looking ahead to the upcoming year, Deesch Papke added: “June 2018 will mark the 70th anniversary of when the first Porsche sports car was approved for road use and we are looking forward to celebrating such an important milestone in our history. We are proud to offer a model range that truly reflects the founding principles of the company ever since that day.”
**media[790201]**
One of the first models on the list of new arrivals in showrooms across the Middle East will be the new Cayenne range, a continuation of Porsche’s most prevalent success stories to-date. With more than 770,000 units of previous generations sold worldwide, the arrival of the models commence a new chapter in the brand’s history.
Available for order in three versions, the new Cayenne features powertrains that produce between 340hp (250 kW) and 550hp (404 kW) of output and introduce a new eight-speed Tiptronic S gearbox. Top of the SUV line and premiered at this year’s Dubai International Motor Show is the Cayenne Turbo, which delivers a maximum torque output of 770Nm and accelerates from zero to 100km/h in just 3.9 seconds, when equipped with the optional Sport Chrono Package.
Combining typical Porsche performance, design and versatility, the latest Cayenne range features up to 65 kilograms of weight savings, along with innovative chassis systems, wider rear tyres and rear-axle steering. Going off-road is now even easier, as the driver can choose between five pre-programmed drive and chassis modes, depending on the terrain. A completely new interior showcases the Porsche Advanced Cockpit concept, which creates an even closer link between driver and vehicle. Virtually all the vehicle functions in this fully networked SUV can be viewed and operated using the high-resolution display and touch screen.
**media[790202]**
Also arriving across the region in 2018 will be the all-new Panamera Sport Turismo models. Initially presented as a concept at the 2012 Paris Motor Show, and officially unveiled at the 2017 Geneva Motor Show, the all-new Panamera Sport Turismo, signalled an expansion of Porsche’s successful sedan range. A versatile and practical sports car in the luxury segment, the Panamera Sport Turismo can accommodate five passengers and up to 520 litres of luggage, as well as featuring a completely redesigned rear exterior. With its 8-speed Porsche Doppelkupplung (PDK) and all-wheel drive as standard, the new model will be available in five derivatives, including the 680hp (500kW) strong Turbo S E-Hybrid version.
In keeping with Porsche’s tradition of developing and refining its most iconic sports car, the 2018 arrival of the fastest and most powerful road-legal 911 is sure to generate high levels of interest.
Debuted at the Festival of Speed in Goodwood, the 911 GT2 RS features a 700hp (515kW), flat-six biturbo engine and weighs in at 1,470kg with a full fuel tank. The lightweight rear-wheel drive two-seater coupé accelerates from zero to 100km/h in 2.8 seconds and achieves a top speed of 340km/h with its motorsport-derived drive technology. Reinforcing the benefits of implementing key learnings from motorsport into its road cars, the 911 GT2 RS has set the fastest lap time for a sports car on the famous 20.6-kilometre Nürburgring Nordschleife, achieving a time of 6 minutes, 47.3 seconds.
— [email protected]