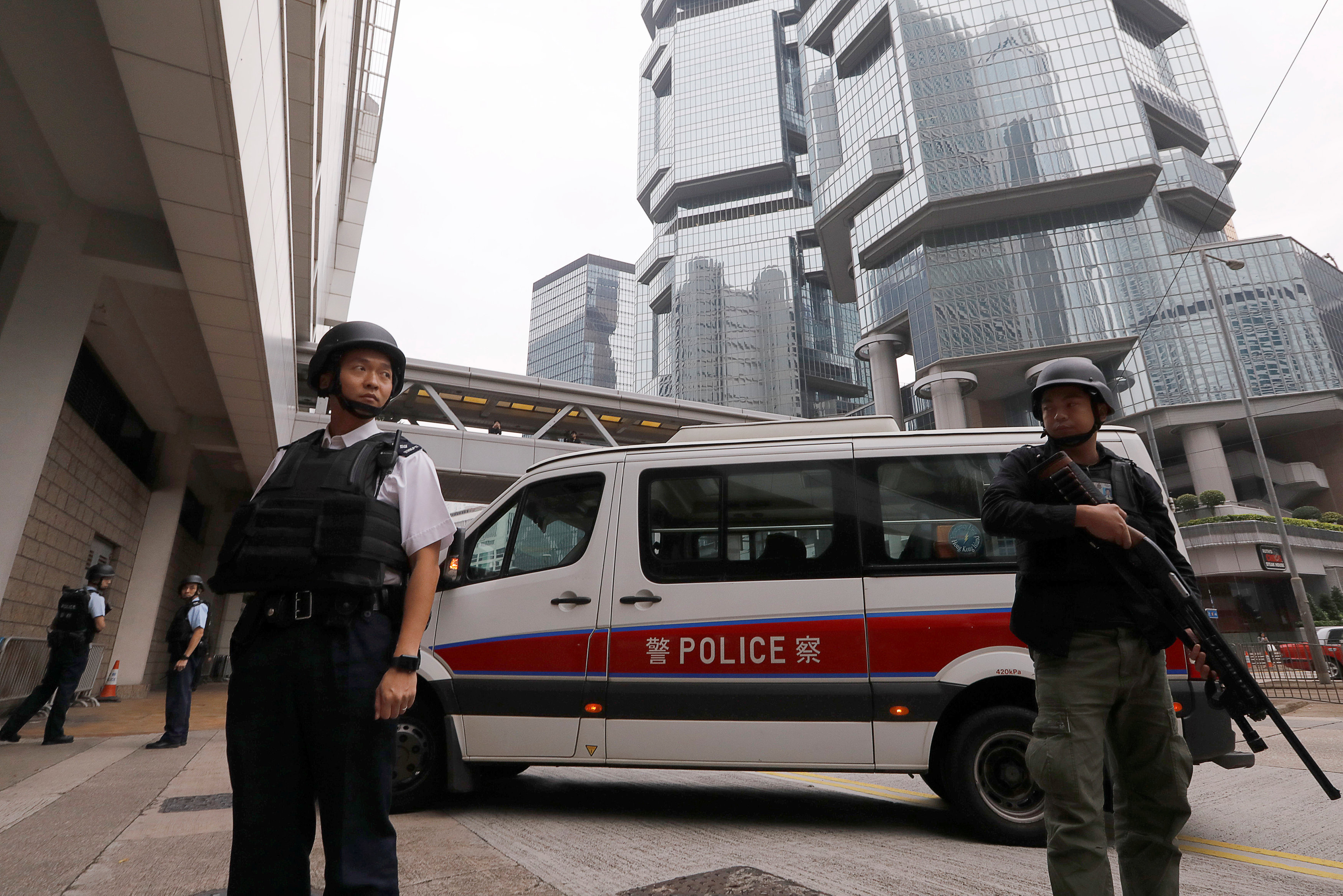 Hong Kong: A British banker jailed for life for the horrifying murder of two Indonesian women at his upscale Hong Kong apartment in a cocaine-fuelled rampage appealed against his conviction Tuesday.
Cambridge University graduate Rurik Jutting tortured Sumarti Ningsih for three days -- filming parts of her ordeal on his phone -- before slashing her throat with a serrated knife and stuffing her body into a suitcase.
Days later, and with Ningsih's corpse on his balcony, the former Bank of America worker picked up Seneng Mujiasih, intending to play out the same fantasies. He killed her when she started screaming.
Jutting, now 32, had pleaded guilty to manslaughter on the grounds of diminished responsibility but was found guilty of murder with the judge at the time describing the killings as "sickening in the extreme".
However, Jutting's defence team on Tuesday argued that judge Michael Stuart-Moore had repeatedly given wrong directions to the jury during the trial last year when explaining how they should determine whether his state of mind had impaired his responsibility for his actions.
Defence lawyer Gerard McCoy argued the judge had wrongly told the jury to look for mental "disorders" rather than the broader spectrum of "abnormality of the mind".
"Abnormality of mind need not be a disorder," McCoy told the court on Tuesday.
"The judge has wrongly and prescriptively directed the jury that they should look for disorders because disorders are what is an abnormality of mind," he added.
The defence team during the trial had argued that Jutting's mental responsibility had been substantially affected by heavy alcohol and cocaine use as well as sadism and narcissistic personality disorders.
Not all four medical experts who testified agreed that Jutting's behaviour met the criteria for a "disorder" in all four areas, said McCoy.
However, they did all find that Jutting was suffering from an abnormality of mind because he had impaired mental functioning, he added.
"The ground of appeal is the judge wrongly directed the jury as to the true meaning of abnormality of the mind," McCoy argued on Tuesday afternoon.
"All four experts agreed there were four concurrent abnormalities of the mind," he added.
"That's what the jury should have been asked: did those four functionings constitute an abnormality of the mind?"
Jutting was alert and taking notes in court Tuesday, dressed in a blue shirt and wearing dark-rimmed glasses, at one point smiling and talking with the guards in the dock.
In the gruelling 10-day trial last October and November, the jury heard how Jutting became obsessed with slavery, rape and torture -- fantasies he acted out on his first victim, Ningsih.
The jury was forced to watch iPhone footage of parts of the attack as well as Jutting's own self-recorded descriptions of how he had used pliers, toys and a belt during the killing.
He then went on to murder his second victim, Mujiasih, slashing her throat in his living room.
At the end of the trial, Stuart-Moore said Jutting had known what he was doing and described him as an "archetypal predator" who presented an extreme danger to women.
The hearing will continue on Wednesday for prosecution arguments.