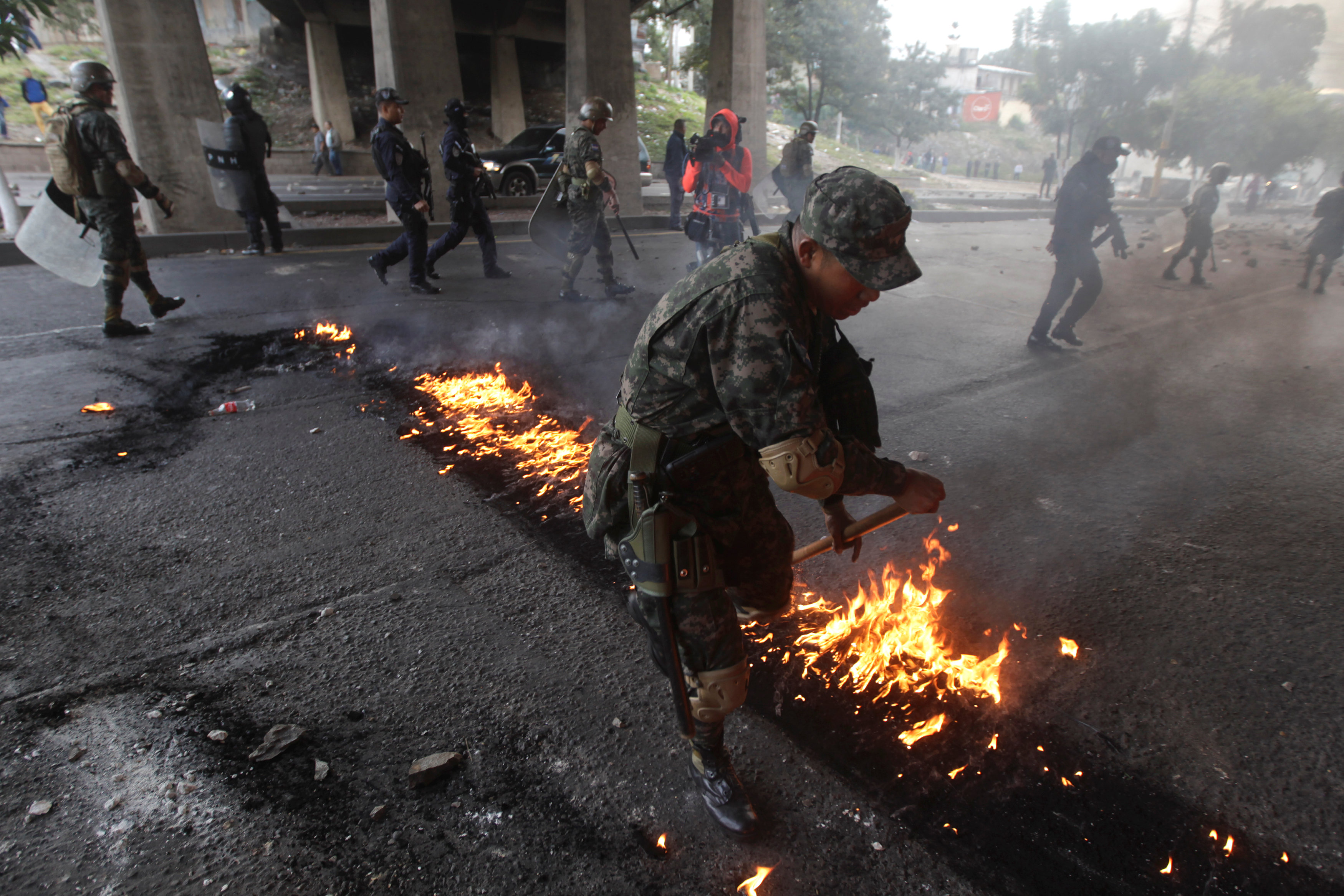 Tegucigalpa (Honduras): Soldiers and police late on Monday moved to clear roads across Honduras of demonstrators protesting alleged fraud in a presidential election held two weeks ago, which they said was won by leftist opposition candidate Salvador Nasralla.
The action was taken as the country is stuck in a political impasse and amid unrest after President Juan Orlando Hernandez claimed victory in the November 26 poll.
Electoral authorities have not yet declared a winner from the election, despite full results and a partial recount showing a slight lead for Hernandez, 49.
International observers have expressed reservations with "irregularities" in the election, while Amnesty International has slammed "dangerous and illegal" tactics to silence anti-Hernandez dissent.
Initial results pointed to a victory for Nasralla, a 64-year-old former TV presenter with little political experience. But a much-interrupted and extraordinarily slow count by the Supreme Electoral Tribunal then reversed the trend to suggest an advantage for Hernandez.
Nasralla told a news conference on Monday that the opposition had proof of ballot fraud, saying that votes from around a third of polling stations were meddled with.
He reiterated that all ballots from the vote needed to be recounted, under the supervision of foreign observers.
The Supreme Electoral Tribunal has counted ballots from around a quarter of the country's polling stations and said the results were "consistent" with the initial tally putting Hernandez slightly ahead.
Security forces extinguished burning tires that had been set up across roads in the capital by protesters backing Nasralla's Alliance Against the Dictatorship coalition.
In other parts of the country, protesters blocked some zones despite police and army action.
"The people are defending the popular will," one opposition lawmaker, Jari Dixon, told AFP on the eastern outskirts of the capital Tegucigalpa.
"Nasralla won the elections but they want to declare illegal candidate Juan Orlando Hernandez the winner," he said.
The opposition stresses that the constitution bars re-election for Honduras's presidents. Hernandez's rightwing National Party says a 2015 ruling by the country's supreme court voided that rule.
Road blocks were reported in Tegucigalpa, and in the north, west and south of the small Central American nation of 10 million people.
In the southern province of Choluteca, there was a report of soldiers firing at a television crew's vehicle, but no one was wounded.
Amnesty International has said at least 14 people have died in post-election violence. Officials have spoken of only three deaths: that of a 19-year-old woman, whose killing allegedly by police was being investigated; and of two police officers on patrol.
The chief coordinator and strategist of the Alliance Against the Dictatorship coalition, former president Manuel Zelaya, accused the United States of wanting to impose Hernandez as leader.