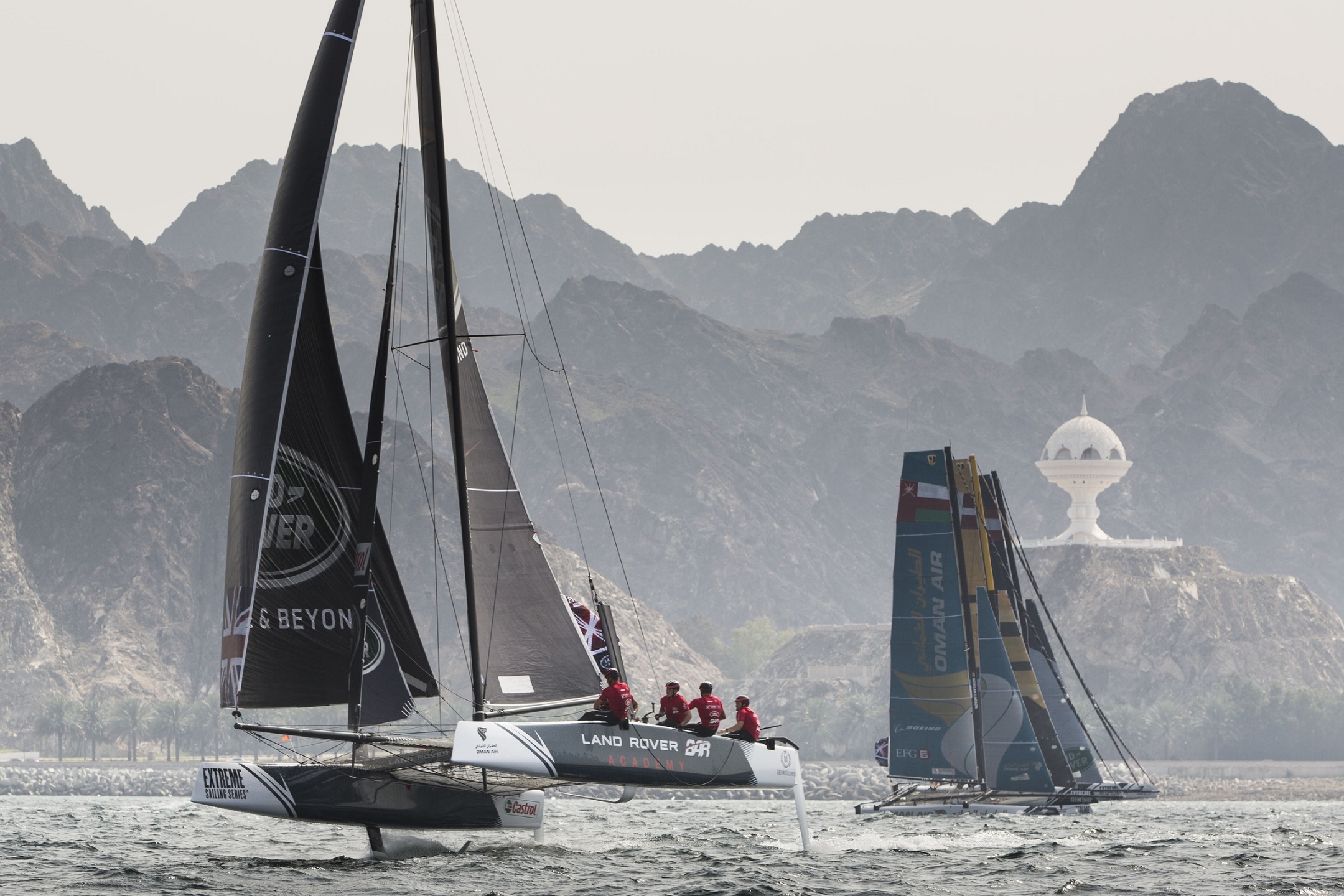 Muscat: Oman Sail's GC32 Oman Air opened their 2016 Extreme Sailing Series season with a stunning display of foiling putting them at the top of the leaderboard on the opening day in Muscat. Racing at Muttrah, Oman's ancient sea port just 20kms north of the Al Mouj Golf Course race track, Oman Air's new look crew hit their straps in the first few minutes of the opening race and swept to a fine victory.

After just a few day's training in the new GC32, the team looked to have formed a strong and exciting bond which underpinned a second victory in the next race plus two further wins to post an emphatic score line of four wins in six races. The breeze freshened to 16 knots before fading prompting international Race Director, Phil Lawrence to cancel the coastal race to Al Mouj which according to Oman Air's skipper Morgan Larson, made for ‘some tight, challenging and fun' racing in front of the crowds in Muttrah where Oman Air bowman Nasser Al Mashari lives.
**media[359046]**
"It was fantastic to sail in a new location here in Muscat, in front of the city," Larson said. "It was a great call by the race director as the conditions were great – it was tight, challenging and fun. "Going into the day, we weren't that confident but everything came together. We need to build on where we're at now. It's a long season so for us, we need to just take the right steps without cutting any corners, and even if in the short term we don't get it right, we need to for the long term."

For Al Mashari, scoring so many successes on home waters, in front of a crowd that included his brother, made the day a special one. "We are very happy and proud with what we achieved today and hopefully if we carry on like this and push a bit harder, we might be able to win in Muscat," he said.

"It was our best day in the boat since we started training in Dubai. Everything went well today, but there is still a lot more we can do. It was fantastic to be racing right in front of Muttrah and especially good to win the first race and the last one. It made me feel very proud."

The fleet moves to the stadium race track off the Al Mouj Golf Course with up to 20 more races still to come over the next remaining days.