Football: City show there is more to their advantage than pure maths 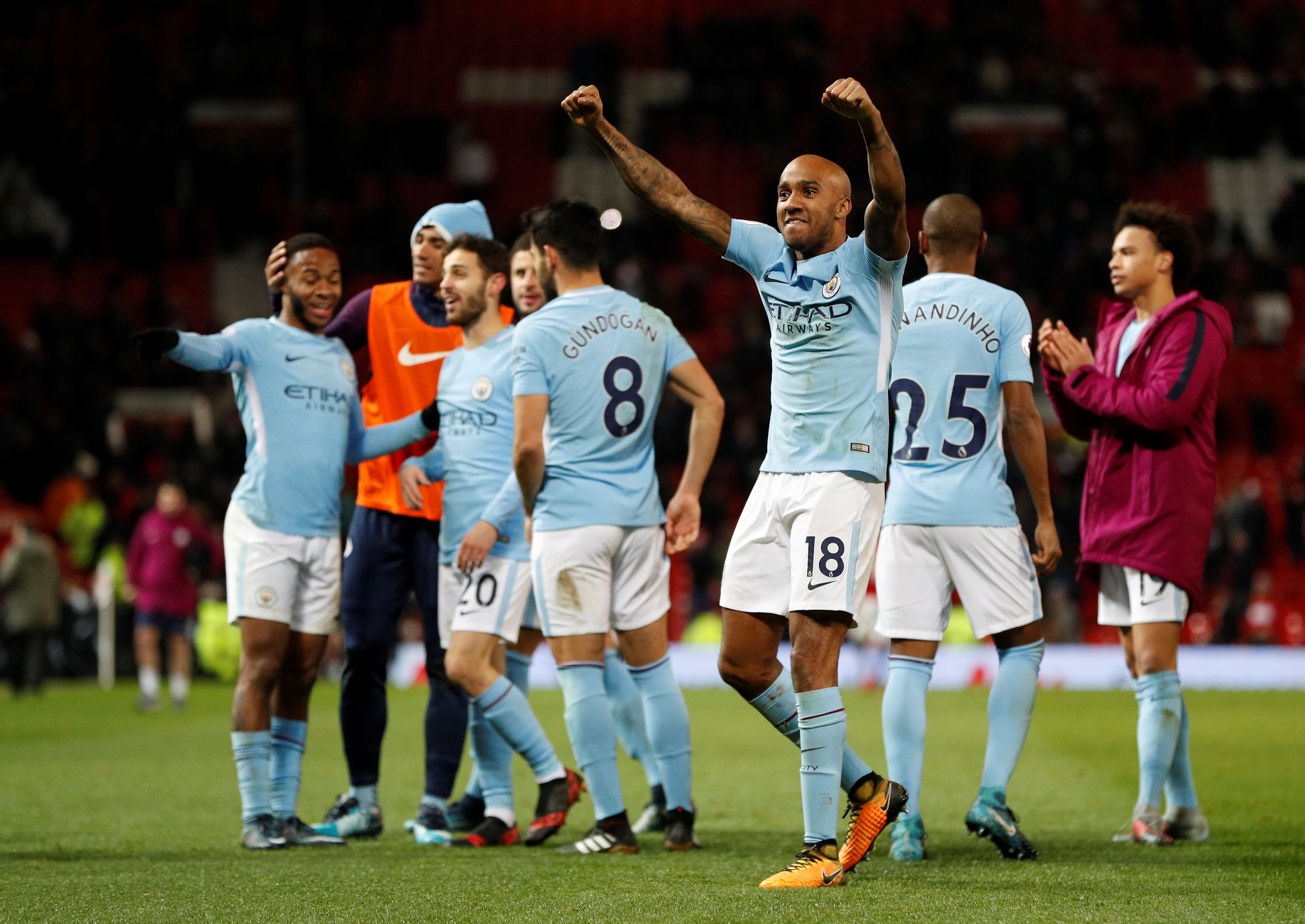 Manchester: Manchester City now have an 11-point lead at the top of the Premier League, after a record 14th straight win in a single season, but Sunday's derby showed the numbers cannot do full justice to the superiority of Pep Guardiola's side.
The precision of their passing was perhaps not at its optimum at a freezing, snowy Old Trafford but City came to the home of their biggest rivals -- in the title race and in terms of local pride -- and did it the Guardiola way.
"People said we couldn’t play the way we did in Barcelona in England but it is possible and we did it," the former Barca boss said after the 2-1 victory.
Indeed it was the familiar approach of slick movement, clever passing, intelligent combination and positional rotation that has been the hallmark of Guardiola's career at Barca and Bayern Munich.
It was, though, also a performance that had the other necessary ingredients for success in the high-octane Premier League -- physicality, aggression and the ability to compete hard against determined opponents.
This City team were never more than a work in progress last year, in a campaign where they finished 15 points behind champions Chelsea.
This time, with a more solid defence and even more options in attack, they are stronger on paper and also have been shaped by the experience of fighting for results until late in games, against teams such as West Ham and Huddersfield.
Guardiola rarely puts down his opponents but after a series of jibes from his counterpart Jose Mourinho, before and after the game, he dropped his usual diplomacy.
"We won because we were better. We were better in all departments," he said.
And he was right.
In the first half especially, United struggled to keep the ball, allowing City to enjoy the kind of long spells of possession that they relish.
At the back, United were stretched and exposed by the constant movement of Raheem Sterling and Leroy Sane, while they conceded two goals from set-pieces.
While City may not have been at their absolute sharpest in attack, they were certainly more dangerous than United with Romelu Lukaku continuing his struggles against top teams and wide men Anthony Martial and Marcus Rashford rarely able to get the space to put City on the backfoot.
Kevin De Bruyne did not run riot, as he has done several times this season, but City still looked the more commanding in the centre of midfield.
The title race is not, as Guardiola was right to note, decided in December but it is not only the maths that favour the blue half of Manchester.
City look like champions elect and it will take something extraordinary and unexpected to stop them raising the trophy in May.