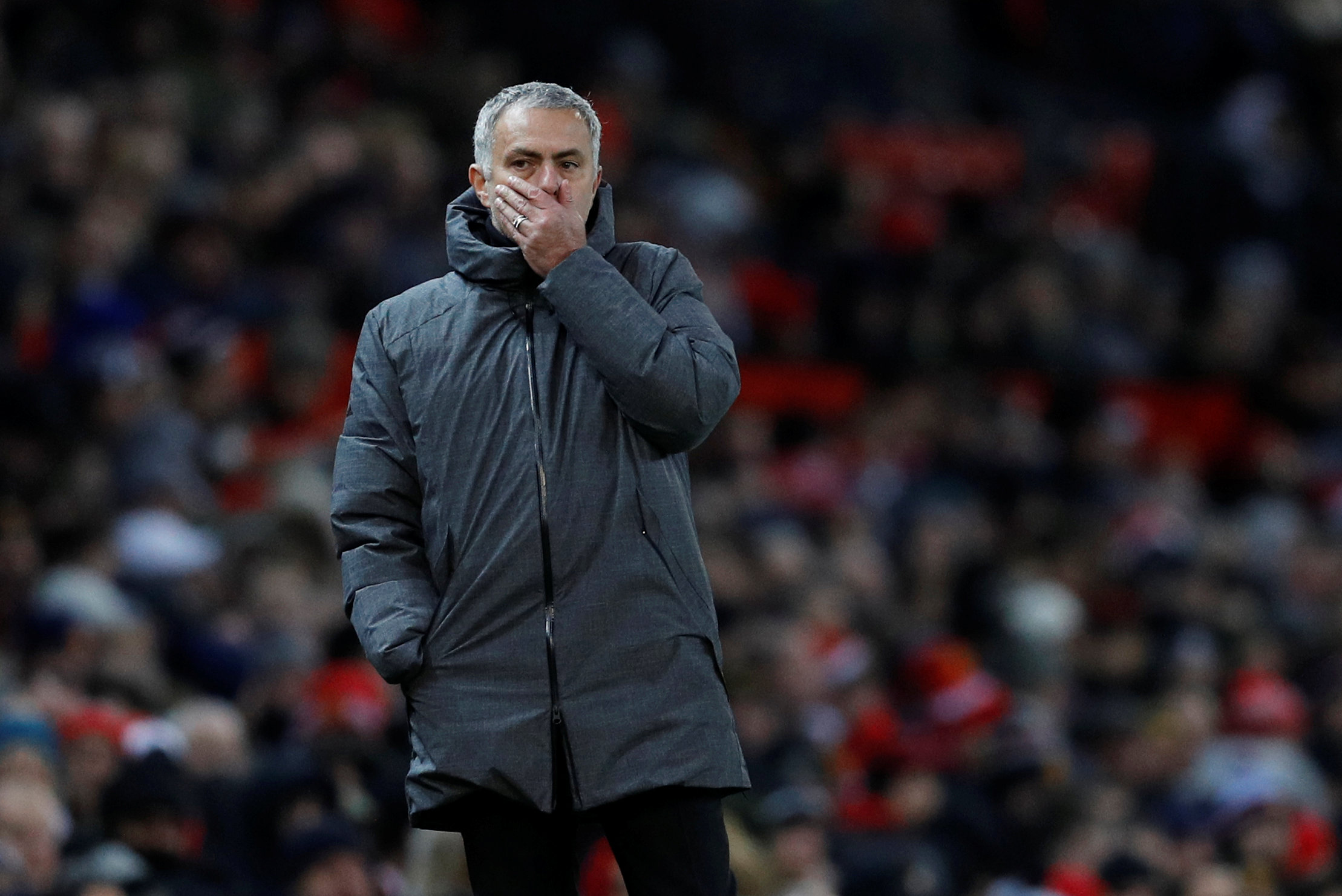 Manchester: Jose Mourinho said he "doesn't know" if Manchester United can pull back Manchester City's 11-point lead at the top of the Premier League after his side's 2-1 derby defeat on Sunday.
United's manager also took aim at the referee Michael Oliver over what he felt was a clear penalty for his team and, after pre-match comments about City players falling over easily, he noted their ability to use up time at the end of the game.
United need to produce an exceptional second half of the season and hope that City stumble but Mourinho hardly sounded bullish about denying Guardiola his first league title in England.
"It is a significant distance," Mourinho said of City's lead, before being asked if his team could make it up.
"I don't know. I know we can win next Wednesday (against Bournemouth). Win or lose or draw, I know that we can win next Wednesday," he said.
"We can work and fight for it. That is the only thing I say. Match after match and every match we are going to give everything, with our qualities, with our problems, that is what we do all the time," he said.
But, not for the first time in his career, Mourinho focused his attention on a refereeing decision rather than his team's performance.
The Portuguese coach believed Oliver should have awarded a penalty in the 79th minute when Ander Herrera went down in the box under pressure from City defender Nicolas Otamendi.
The referee instead booked Herrera for diving, leaving Mourinho fuming and claiming it was a repeat of last year when he felt United should have had a penalty in the derby.
"Exactly the same, you can speak about anything you want, you can bring any football theory, you can bring the stats, the ball possession, you can bring everything you want - but like last season it is a huge penalty in a crucial moment of the game," he said.
"But I have also to say that I feel sorry for Michael Oliver because I think he had a good game, I would say very good game, assistants the same. I think they came with the intention to make the perfect work which they almost did," he said.
Mourinho said he had not expected to lose to City without United's rivals scoring quality goals.
"I think when you see Manchester City play, you expect Manchester City to score great goals not to score two disgraceful goals," he said. Both came from set pieces and were helped by defensive misfortune.
"They are the last goals you expect to concede against a quality team like Manchester City, two very bad goals.... with rebound (s). (They were) incredible lucky or unlucky, depending on (your) perspective," he said, before noting City's keeper Ederson had to make a double save in the late stages to secure the win.
"Yes, they had much more of the ball. Yes, they had that apparent control of the game but the biggest save is the double save of their goalkeeper and the biggest decision of the game is the unlucky decision of Michael (Oliver)."