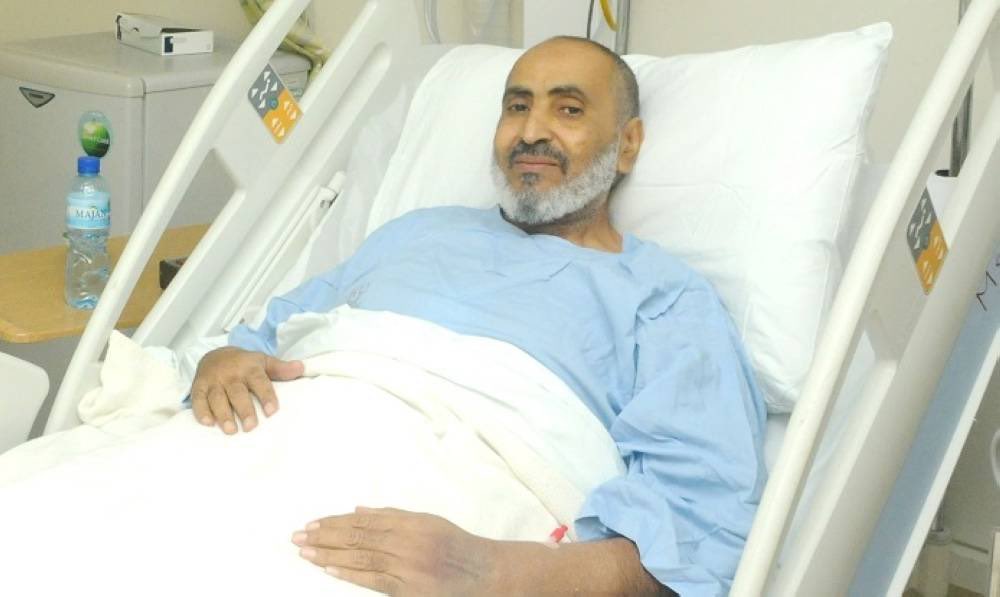 Khadija Barwaniyah, the patient's daughter, said, "When diagnostic tests confirmed the possibility of liver donation to my father I immediately agreed. I donated a part of my liver in order to put an end to my father's suffering from liver cirrhosis and cancer tumors, and express my gratitude for what he has done for us."

Khadija added: "The liver has the ability to grow back and return to its normal size within a period of no more than six to eight weeks. In addition, many medical studies confirm that 20 percent of the liver is able to perform all its vital functions in the body. So I invite individuals and society to join together to donate part of their liver and to relieve the suffering of patients who have liver cirrhosis."

Commenting on the medical achievement, Dr. Qasim Al Salmi, RH's Director General stated that the outstanding success of the two liver transplantation surgeries is the result of a two-year liver transplantation training program for the RH cadre in one of world's most comprehensive liver-disease management center.

Dr. Qasim added that the provision of the latest equipment and medical devices utilised in this field was key in the success of the surgery, and that the Ministry of Health, represented by RH, would take the lead in performing liver transplantation surgeries in the future to upgrade the Sultanate's healthcare system, as well to reduce the burden of treatment abroad for the patient and their family, in which the Ministry undertakes the treatment disbursement.

The liver transplantation procedure itself is performed by removing the donor’s liver delicately, and then extracting a portion of 60%-65% from the donor liver. Afterwards, a full extraction of the patient's liver is made and finally the donated liver is connected to the blood vessels and cystic duct of the patient.

The health of both recipient and donor are currently being closely monitored by the RH healthcare providers.