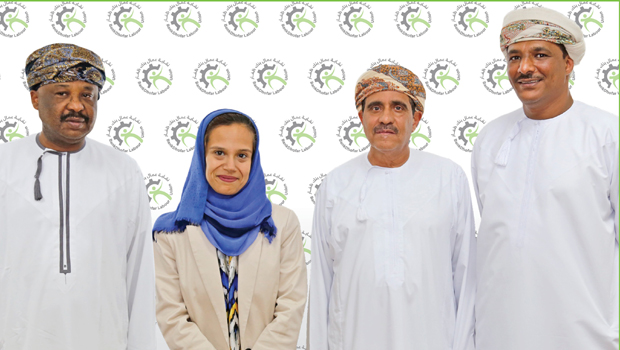 Muscat: BankDhofar Labour Union (BDLU) has been officially established following the completion of its members’ registration and the election of its board members.
The General Assembly of the BankDhofar Labour Union had elected its board in July 2015 and was approved by the Ministry of Manpower in accordance with the Ministry’s Article No. 7 of the Ministerial Decision No. 2012/570.
BankDhofar’s acting Chief Executive Officer (CEO) Abdul Hakeem Omar Al Ojaili hailed the establishment of BDLU, reiterating the bank management’s support and commitment to facilitating the union’s efforts. “We are proud to see BDLU commencing its mandate and we are looking forward to its contribution to enriching the workplace environment at BankDhofar. The union will definitely play a positive role and will strengthen the communication and interaction between the bank’s management and employees throughout all organisational levels,” he said.
Salim bin Alawi Al Gazali was elected as president of BDLU, Dr. Hamid Al Marjan as vice president, Hadeel Mohammed Redha Hassan as secretary and Mubarak bin Hamed Al Hassani as treasurer.
Al Gazali elaborated on the establishment of BDLU, its function and objectives.
“The union has been founded to safeguard the employees’ interests and to improve the workplace environment. It is an independent entity, fully run by its elected board members as per the laws and legislations of labour unions in the Sultanate. It will function as a common platform of communication between the bank’s management and employees in order to serve the mutual goals of both parties. We are committed to boosting the status of BankDhofar staff socioeconomically, culturally and vocationally, and we will work in accordance with the framework of the General Federation of Oman Trade Unions and the rules and regulations the Ministry of Manpower,” he stated.
The management of the bank welcomed the decision of establishing BDLU as the bank is committed to providing a unique and inspiring workplace environment that encourages productivity and innovation. As part of its continuous efforts to accelerate staff development and career growth, the bank offers a host of training programmes that are specially designed to suit the needs and requirements of each respective employee.