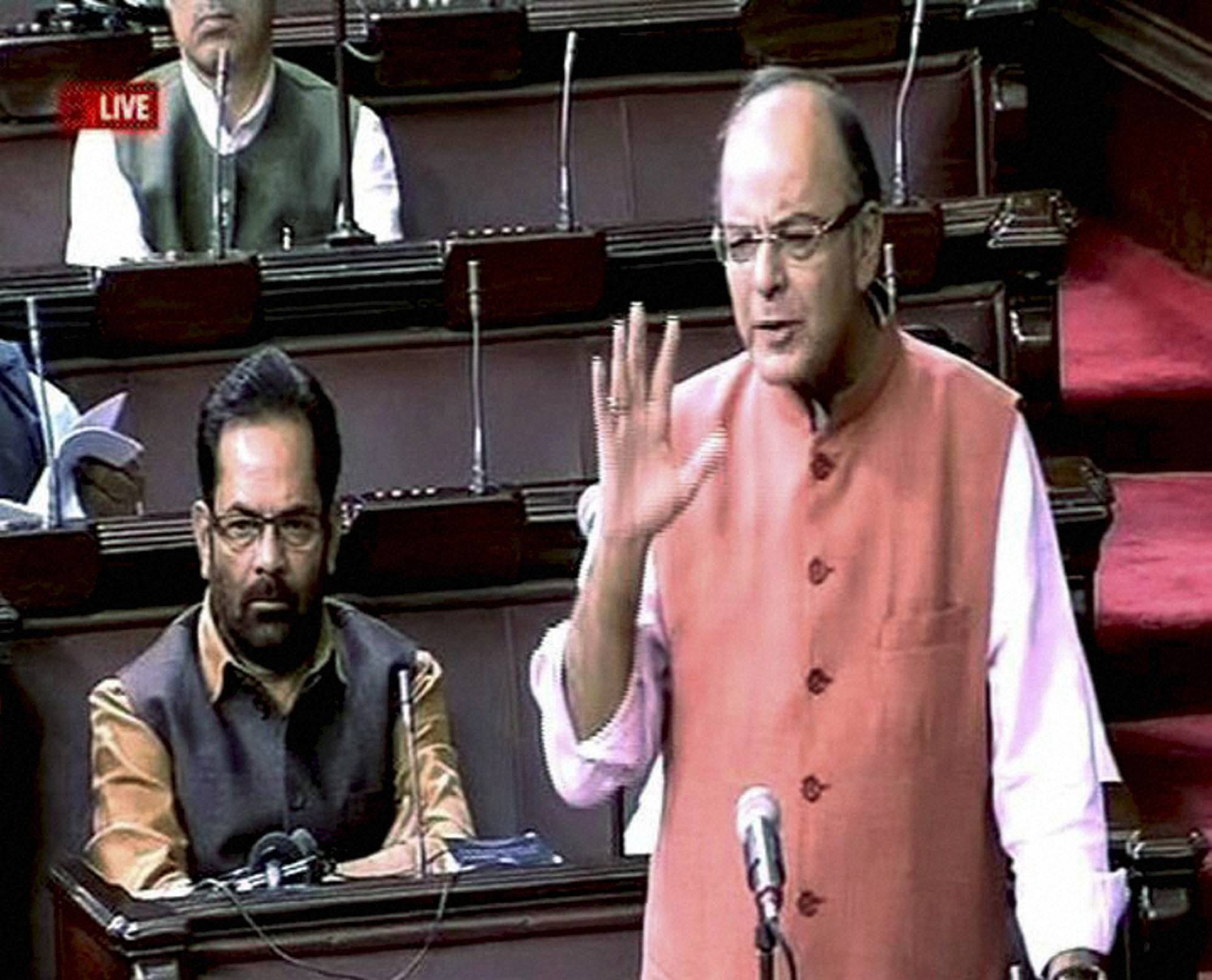 New Delhi: Rejecting Rajya Sabha's five amendments and opposition's appeal not to make "haste", the Lok Sabha on Wednesday passed the legislation that aims at better targeting of subsidies through the Aadhaar unique identity number within hours of the Upper Housing returning it.
Just moments before it was adjourned for more than a month-long recess for scrutiny of budget, the Lok Sabha adopted the the Aadhaar (Targeted Delivery of Financial and other subsidies, benefits and services) Bill, 2016, by a voice vote after rejecting the recommendations for five amendments made by the Upper House earlier on Wednesday.
Armed with the Speaker's that it was a money bill, the government rushed it through the Rajya Sabha, which cannot amend it but only make recommendations for amendment to the Lok Sabha.
Once the Lok Sabha passes a money bill with or without amendments recommended by the Rajya Sabha, it is deemed to have been passed by both the Houses.
Showing urgency in getting the law through, the government, which enjoys a comfortable majority in the Lok Sabha, brought the measure to the lower house within an hour of being returned by the Rajya Sabha.
The government considers the Aadhar bill as a significant instrument for implementing its Direct Benefit Transfer (DBT) schemes by better targeting of beneficiaries but the Opposition attacked the government saying it was violating the Supreme Court direction that Aadhar card cannot be made mandatory but should only be voluntary.
Finance Minister Arun Jaitley, who moved the bill and piloted them in both the Houses, also turned down opposition argument that Parliament cannot legislate since the matter is before Supreme Court.
Parliament cannot abdicate its duty under the Constitutional which clearly separates powers among various institutions, he said.
In last-ditch attempts, Opposition members including those from Trinamool, CPI(M) and BJD appealed to the government to respect the "wisdom" of the house of elders and accept their amendments in a democratic spirit and not to reject them on "ego".
The Lok Sabha rejected the amendments proposed by the Rajya Sabha by a voice vote amid walk out by opposition parties including Trinamool Congress, Biju Janta Dal and CPM.
Congress members were conspicuous by their absence.