Muscat Film Festival announces with names of artists to be feted 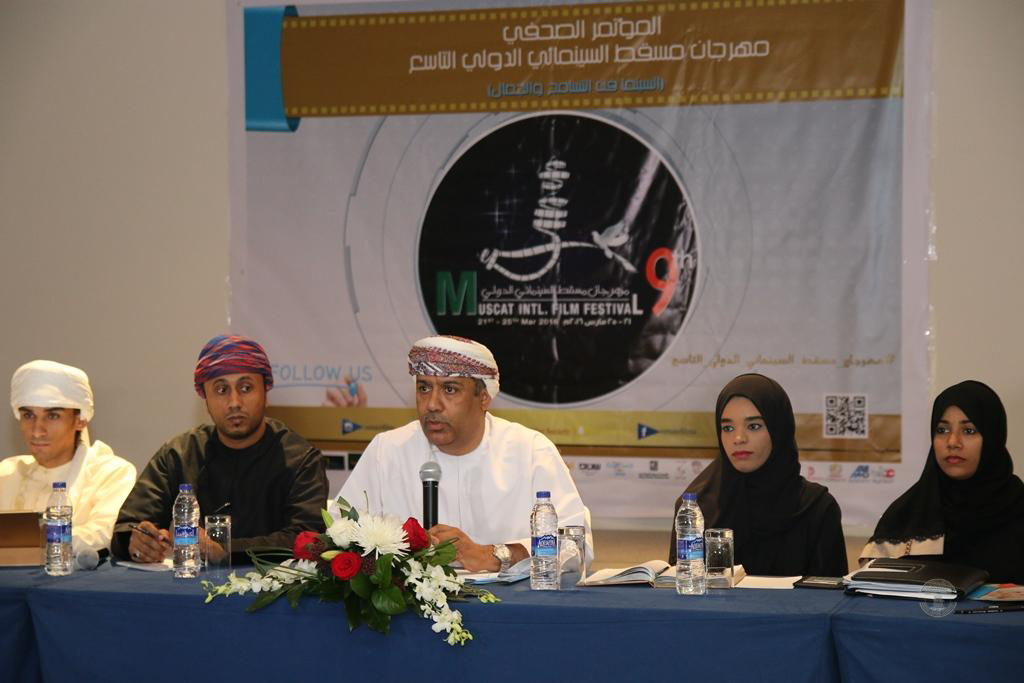 Muscat: Muscat Film Festival management announced at a press conference on Wednesday the names of artists who will be honoured during the festival to be held from between March 21 to 25. The announcement was made by Dr. Khalid Al Zadjali chairman of the Board of Omani Society for Cinema.
The names of actors to be honoured are Yousef Al Balushi from Oman, Suad Abdullah from Kuwait, Sabir Sabri, Bousi, Karim Abdelaziz and late Noor Al Sharif from Egypt. Six films of Muscat International Film Festival will be screened at the Vox Cinemas at City Centre Muscat apart from hosting a large number of celebrities during the festival, the organisers said on Wednesday. This will be in collaboration with the Oman Film Society (OFS) under the auspices of the Ministry of Heritage and Culture. On March 22 and 23, these films will be screened at the Vox Cinemas at City Centre Muscat.
The programme on 22 March begins with ‘Half The Sky’ by Moroccan filmmaker Abdelkader Lagtaa, drama film ‘Silence of the Shepherd’ directed by Raad Mushatat and the Egyptian film ‘Khanet Elyaly’ will close the day.
On 23 March, the evening opens with ‘Le Puits’, followed by Omani film ‘Bent Almashta’ and will conclude with a star studded evening with celebrities invited to watch Egyptian film ‘Cairo Time’. Stars expected to attend include: Pussi; Mirvat Ameen; Samir Sabri; Karim Abdul Aziz; Madeleine Tabr; Asmahan Tawfiq; Haifaa Hussein; Jamaan Al Rouwai; Jamal Ghailan; Tariq Abdul Aziz; and Solaf Fawakherji.
An award ceremony will take place after the movie ‘Cairo Time’ to celebrate the lead actors, and will feature a special recognition to the late Nour Sharif. Husam Al Mandhari, Senior Mall Manager at City Centre Muscat, said: “We are delighted to be part of Muscat International Film Festival which brings a diverse mix of cultures together through the medium of film. “Majid Al Futtaim plays a significant role in supporting the growth and development of the Sultanate and Muscat International Film Festival gives us yet another platform to support the growth of creative industries. Events such as this also offer us the opportunity to create a positive social impact to the community which is in line with company’s vision to create great moments for everyone, every day”.