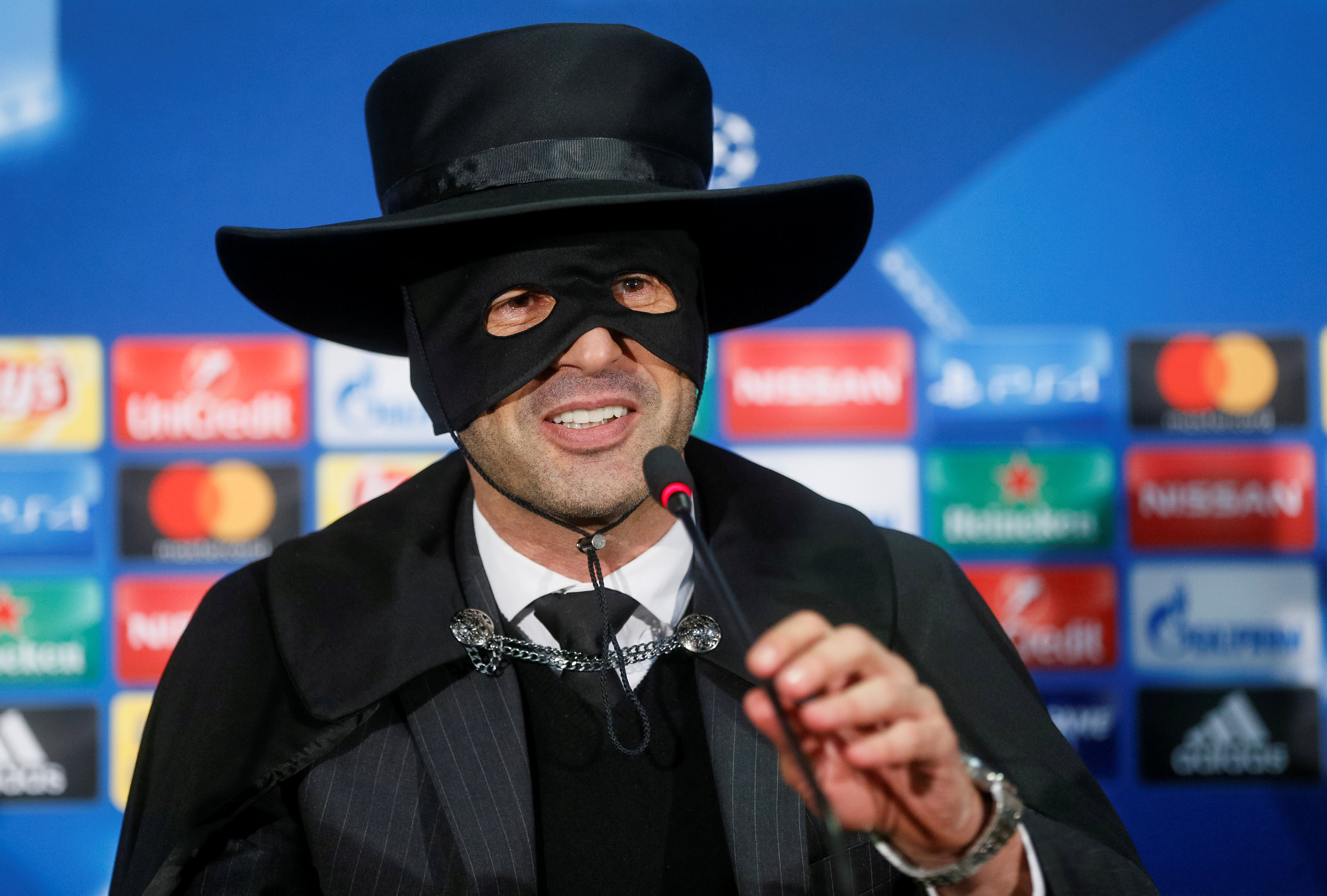 Kharkhiv: An overjoyed Shakhtar Donetsk manager Paulo Fonseca fulfilled his promise to dress up as fictional character Zorro after leading his side into the Champions League knockout stages with a 2-1 win over Premier League club Manchester City on Wednesday.

Last month, Fonseca vowed that he would don the iconic masked vigilante's outfit if the Ukranian side progressed to the last 16 and stuck to his word, wearing a black cape, mask and hat during the post-match presser after the win.

"This is the most joyful press conference of my career," the Portuguese Fonseca told amused reporters at the Metalist Stadium.

"I feel great joy. I think not only Shakhtar's supporters but all Ukrainians have to be proud of our team."

Goals from Bernard and Ismaily handed City, who responded with a Sergio Aguero stoppage time penalty, their first defeat of the season and led Fonseca's side to a second-placed finish in Group F.

The draw for the last 16 takes place in Switzerland on Monday, and Shakhtar could face group winners Paris Saint-Germain, Roma, Barcelona, Liverpool, Besiktas, Manchester United or Tottenham Hotspur in the knockout stages.