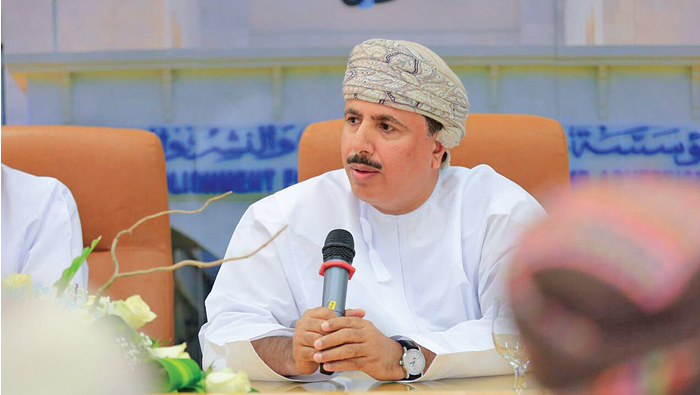 Muscat: Minister of Manpower Sheikh Abdullah bin Nasser Al Bakri said that the goal of creating 25,000 jobs for Omani nationals would be met by focussing on the private sector.
Al Bakri has offered a blueprint on how the government would generate the jobs during a meeting with media personnel.
On October 3, the Council of Ministers had announced that the said number of jobs would be created, and the government was working on it. The first stage, which was expected to begin in December, is on schedule.
The minister maintained that appointments would be made by the manpower employment office. “After due consideration, the office has decided that priority in job creation would be given to the private sector. This is because it is a productive sector,” remarked Al Bakri.
He affirmed that citizens would still be able to look forward to getting jobs in the public sector.
“Sufficient jobs will also be generated in the public sector. Employment will be created in a variety of sectors, notably in oil and gas, finance, insurance, logistics and mining. The jobs will include those in special economic zones,” the minister added.
Creating sufficient employment opportunities for national power has figured prominently on the agenda of the Council of Ministers. In an earlier statement, the council had warned the private sector about strictly complying with the Sultanate’s Omanisation policy.
“The Council of Ministers has urged private sector establishments to accord maximum priority to Omanisation in their programmes and projects. Let it be noted that action will be taken against establishments that do not cooperate with the efforts of the government in its drive to support employment and Omanisation policies,” he stressed.