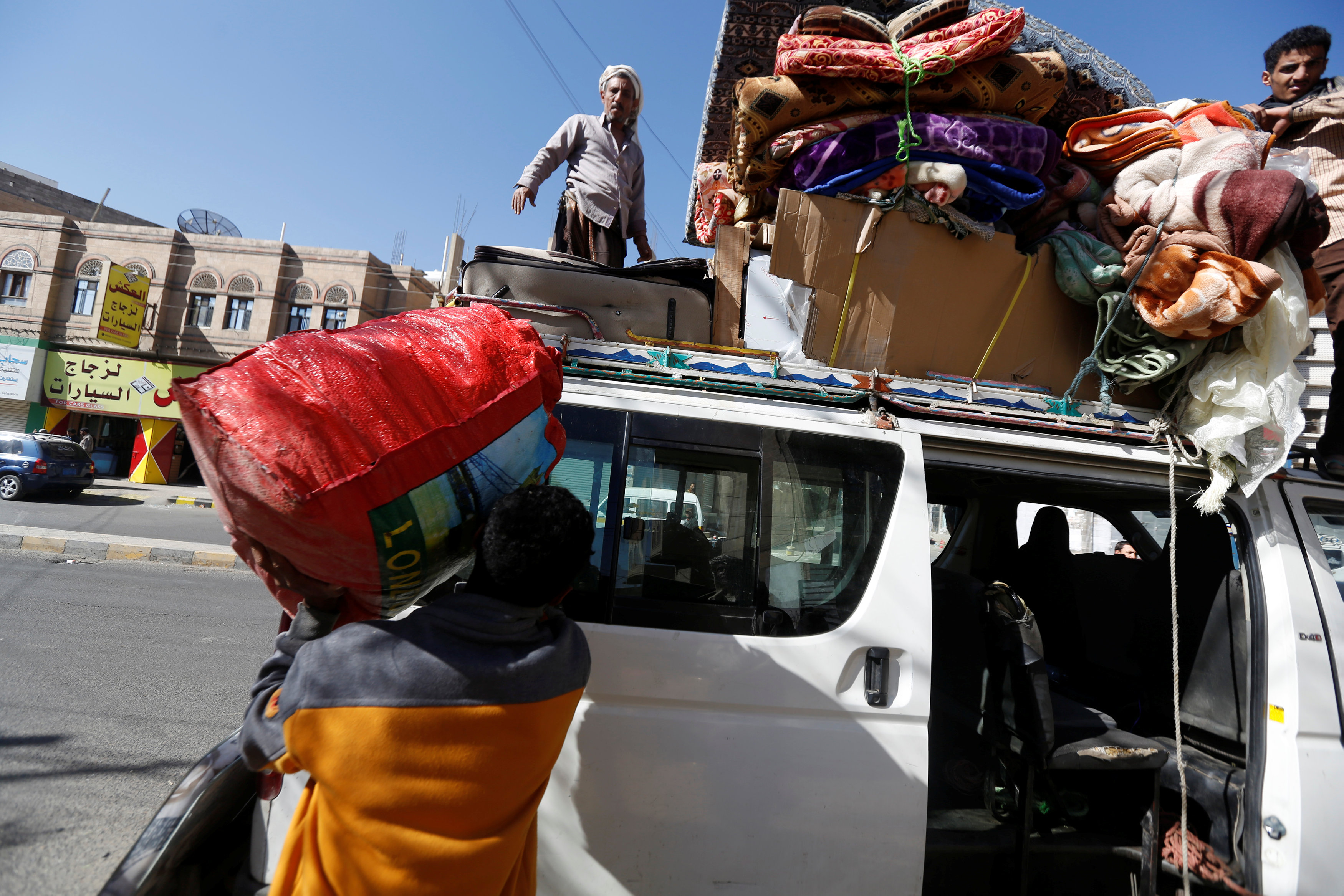 Sanaa: Sanaa residents were stocking up on goods and seeking urgent care on Wednesday, fearing an impending resumption of hostilities after a showdown between Houthi rebels and loyalists of Yemen's slain ex-president Ali Abdullah Saleh.
The International Committee of the Red Cross has appealed for "bold measures" to provide life-saving care to civilians after an "unprecedented" escalation of fighting killed more than 230 people over the past week.
Mounir, a doctor at Sanaa's Republican Hospital, said he and fellow staff were dealing with an influx of patients traumatised by the events of recent days.
"We received dozens of children and women who were traumatised by confrontations near their homes and the sounds of the explosions," he said.
Residents of the capital, now controlled by the Houthis, said they were finally able to leave their houses and search for basic provisions on Wednesday.
"I ran out to buy grilled chicken at the restaurant at the end of my street. But when I got there it was closed -- they were only doing takeaway," said Mohammed, a local journalist.
"I bought the most expensive chicken of my life," he said, adding that price had nearly doubled since the week before.
Jamie McGoldrick, the UN humanitarian coordinator for Yemen, said aid workers were able to reach a number of hospitals and health posts in the capital on Wednesday to distribute trauma kits and equipment.
He said residents were stocking up on supplies but that fuel shortages were a "big concern" for the days ahead.
Not everyone was prepared to venture out of the house after the week's violent clashes, which saw streets blockaded by warring factions and intimidating checkpoints sprouting up.
"We're living in a state of fear. We have no wages, no security, no life," said a schoolteacher in Sanaa.
"We are afraid of the next wave of violence. We want to leave Sanaa for any safe place that won't become the next battlefield," the mother of four continued.
"But I am from Taiz, I grew up in Aden and I live in Sanaa, and none of these three cities are safe."
Residents of Sanaa said the southern districts -- the most contested during the clashes -- were still paralysed in the wake of the fighting, with the majority of shops shuttered and streets largely deserted, the remnants of the battle still littering the ground.
"We couldn't open our shop for the fourth day in a row," said Yasser, the owner of a minimarket.
"We're afraid, the situation is ambiguous and we have no faith in the gunmen in civilian clothes patrolling the city."
Banks, schools and government institutions remained closed.
Local media reported that some residents had fled to their villages, fearing Sanaa would come under heavy aerial bombardment from the Saudi-led coalition fighting the Houthis.