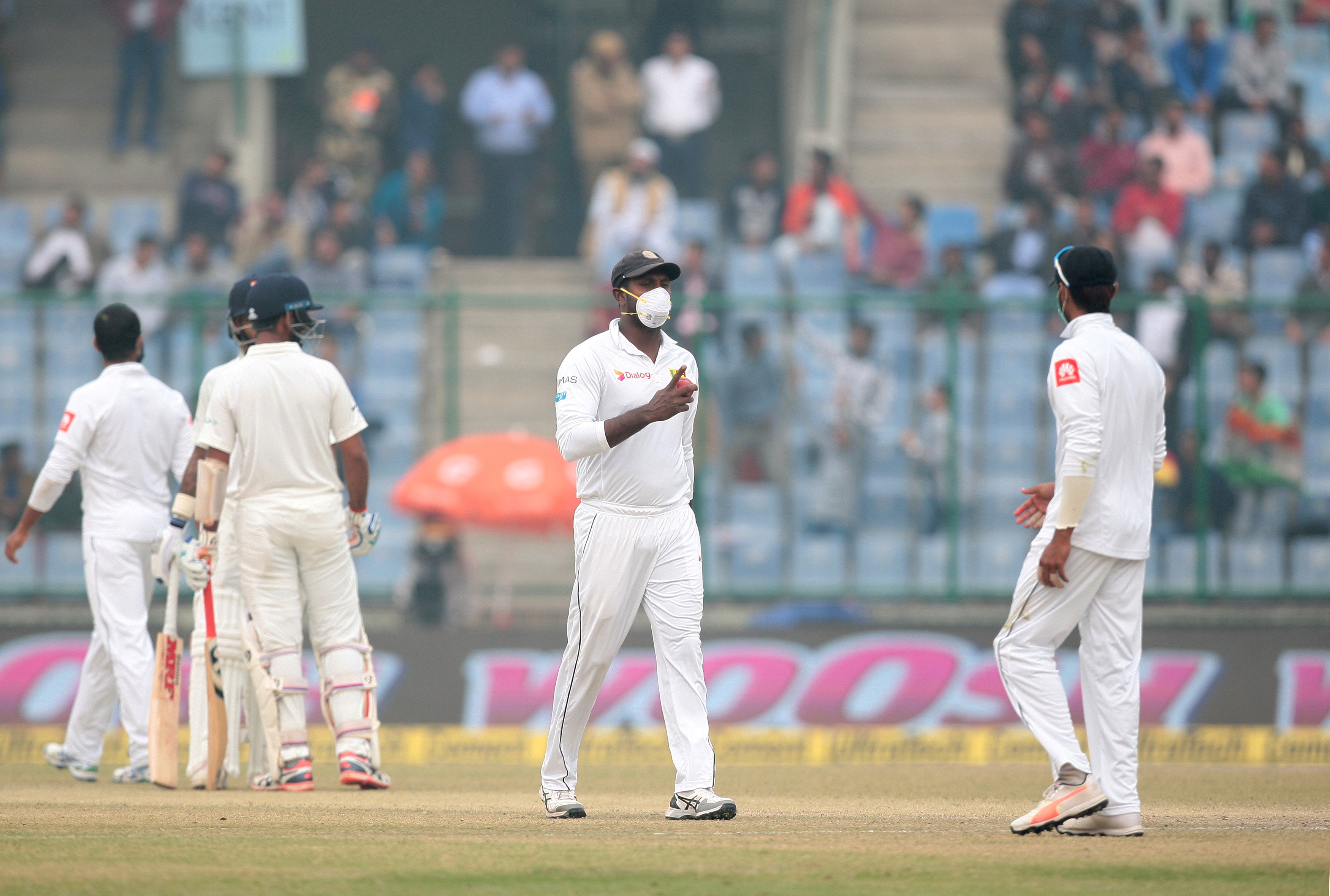 New Delhi: Sri Lanka's Suranga Lakmal and India's Mohammad Shami vomited on the field before walking off as Delhi's notorious smog continued to plague the third and final Test against India on Tuesday.
India's second innings was into its sixth over when Lakmal bent over and threw up before walking off for the ground for the second time in the match.
Shami, who said on Monday that the situation was not as bad as was being projected, was also sick in the final session.
"Our people in discomfort, I think it speaks for itself," a visibly frustrated Sri Lanka coach Nic Pothas told reporters.
"The rest we cannot control. We're professionals, we stopped talking about it, it is not going to make any difference talking about it.
"The bottom line is we got to play a Test match. It's a professional bunch of people in the change room and we're very positive."
Delhi's government last month ordered schools to shut temporarily after pollution readings peaked at 500, the most severe level on the government's air quality index that measures poisonous particles.
India opener Shikhar Dhawan sympathised with the Sri Lankans but felt it was not bad enough to stop play.
"Maybe Sri Lankan players are not used to it, but then so are many of my teammates," said the Delhi player.
"Not all of them are from Delhi. You got to get on with your job, that's my view.
"Of course it maybe that it's troubling them. I can't deny there is pollution in Delhi," said Dhawan, adding Shami was doing fine and would bowl on Wednesday.
Delhi's hazardous air led to the cancellation of two Ranji Trophy matches last year and the Indian cricket board (BCCI) has said it would factor in pollution before scheduling a match in the city in winter.
"This point about scheduling matches in Delhi in this particular period can be considered in view of the situation encountered in the last two-three days," acting BCCI secretary Amitabh Choudhary told reporters late on Monday.
"It can't be seen affecting just one walk of life. The agencies which need to be dealing with it, I'm sure, are dealing with it."
"As you are aware, the BCCI is sensitive about this fog and smog over the years when they scheduled domestic games out of Delhi..." Choudhary said.
Several Sri Lanka players wore facemasks again on Tuesday.