England must show hunger and belief to win, says Anderson 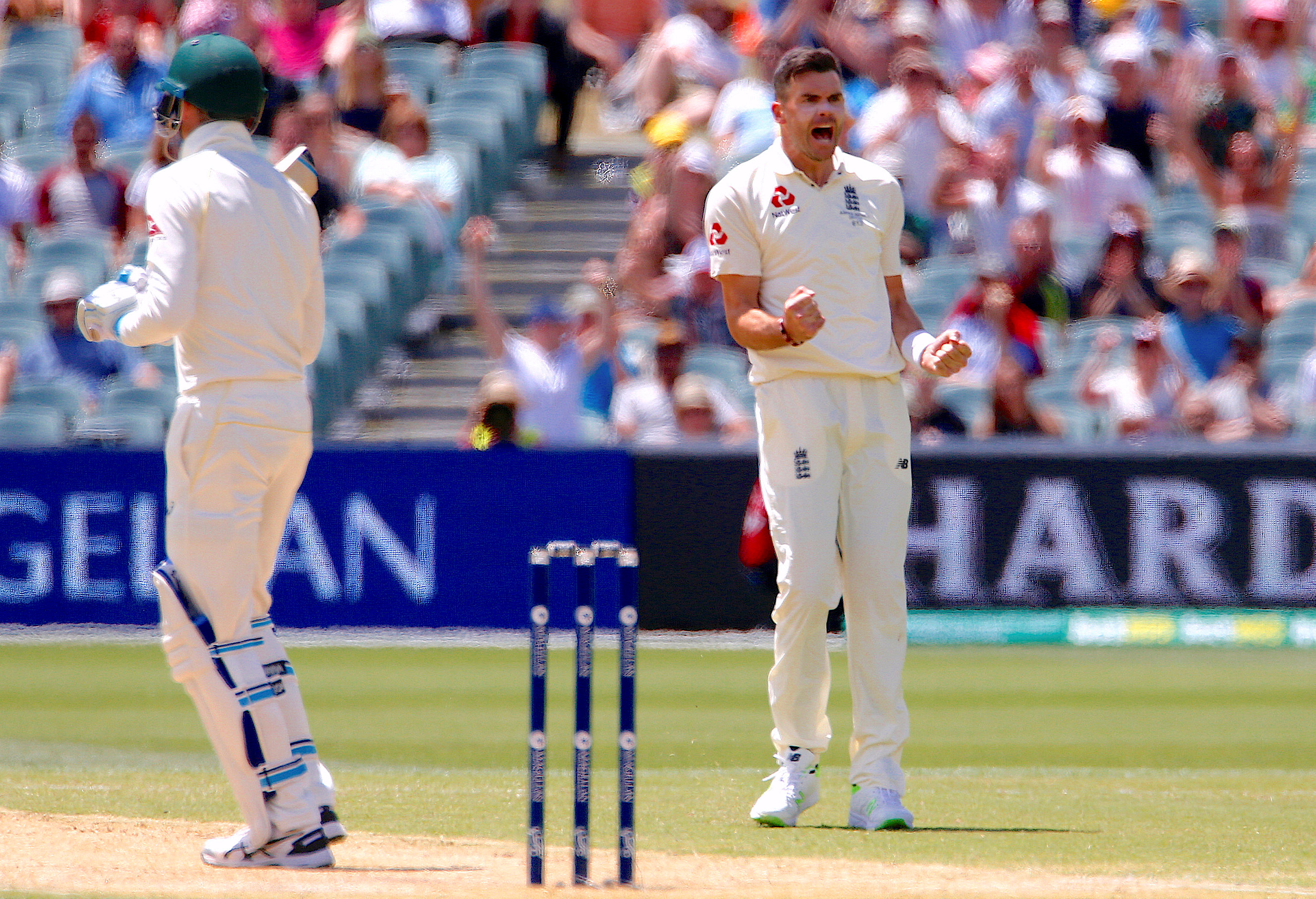 Adelaide: England need to turn up with belief on the final day of the second Ashes Test if they are to stage a stunning comeback victory to level the series, James Anderson said on Tuesday.
The tourists were apparently dead and buried after being dismissed for 227 in reply to Australia's 442 for eight declared on Monday, but seamer Anderson sparked a remarkable rally with his first five-wicket haul Down Under.
England finished day four on 176 for four and need another 178 runs to win.
The highest successful fourth-innings run chase at Adelaide Oval was the 315 England tallied in 1902, however, and Anderson conceded there was plenty of hard work to do yet.
"We're going to turn up tomorrow with the same sort of attitude we had today," he said.
"With the hunger, the real fight to get back in the series and see where it gets us. Hopefully, it can get us somewhere near.
"There's no gremlins in the pitch, it's pretty good to bat on. There's nothing to fear in terms of the pitch deteriorating. It's just a case tomorrow of coming out tomorrow with belief.
"We've got to believe we can do it and we've go the players in the dressing-room that can do it. Obviously, we'll need a bit of luck along the way but we'll give it a good go."
Anderson said the tourists, beaten by 10 wickets in the series opener in Brisbane, had been desperate to put on a good show after their early disappointments in Adelaide.
"We were really annoyed with the way we played the first couple of days," he added.
"We didn't do ourselves justice in those first two innings with the ball and the bat. We wanted to show that we do have good character in our team and can get back into games by fighting hard and playing well."
Regardless of whether England manage to pull off the win on Wednesday, Anderson believes the tourists have proved they can compete with Australia.
But a victory to even up the five-match series at 1-1 with three to play might have a big impact on the destination of the Ashes.
"It would be huge for us, both in terms of what it would do for our confidence as a team and what it would potentially mean for them," he said.
"It's very rare for a team to declare and go on to lose, so if we get a result tomorrow, it would be huge for a number of reasons."