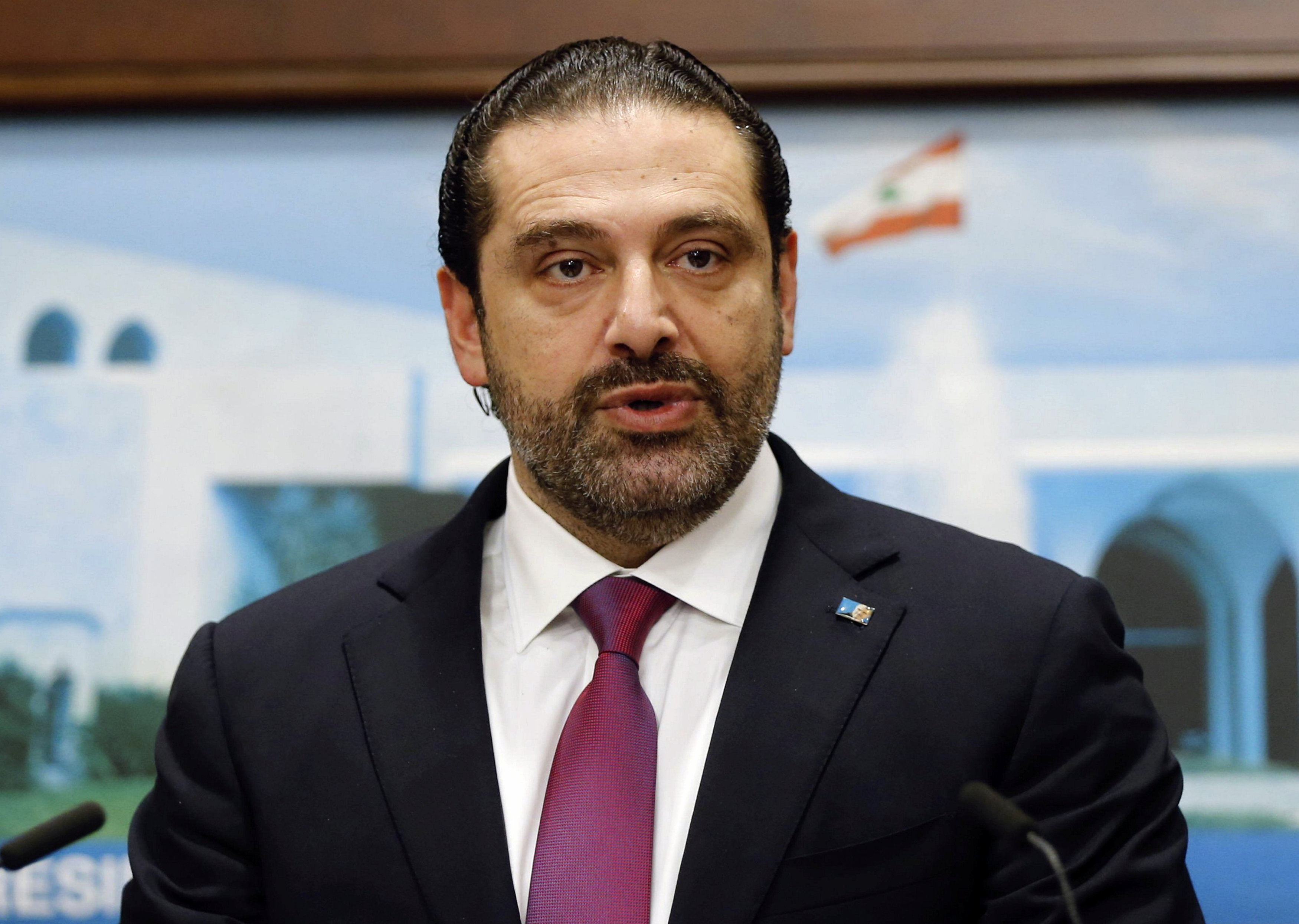 Baabda: Lebanese Prime Minister Saad Hariri said on Tuesday that he had withdrawn his resignation, a month after his shock announcement that he was quitting sparked political upheaval.
The announcement brought some respite to Lebanon, which had been gripped by fears of new political and economic instability in a country riven by deep divisions and caught up in regional rivalries.
Minutes after Hariri's announcement, Paris said the Lebanese premier would attend talks Friday in France on the situation in Lebanon, which US Secretary of State Rex Tillerson will also attend.
"The council of ministers thanks the prime minister for rescinding his resignation," Hariri said, reading from a cabinet statement issued after its first meeting since his return two weeks ago.
Hariri announced he was stepping down on November 4 in a televised address from Saudi Arabia.
He later said he would consider coming back as premier if Hezbollah stopped intervening in regional conflicts, including the wars in Syria and Yemen.
In recent days, consultations across the political spectrum have sought to find a compromise between the camp led by Hariri, and Hezbollah's bloc.
On Tuesday, Lebanon's cabinet, which includes both blocs, reaffirmed its official policy of "disassociation", or remaining neutral in regional conflicts.
"The Lebanese government, in all its political components, has committed to distance itself from all conflicts, wars, and internal affairs of Arab states," according to the cabinet statement read out by Hariri.
This "disassociation" is intended to "preserve Lebanon's political and economic relations with its Arab brothers", the statement added.
The policy had already been adopted by Hariri's cabinet, formed in 2016 after a settlement across political divides that saw Michel Aoun appointed president and the creation of a government including Hezbollah deputies.
Hezbollah has been accused of violating the policy, however, by fighting in neighbouring Syria to support the Damascus regime as well as by dispatching military commanders to Iraq and allegedly backing rebels in Yemen.
"A reaffirmation of Lebanese 'disassociation', notwithstanding its manifest hypocrisy and the impossibility of it being translated concretely, makes it possible to save face and win a little time," said Karim Bitar, an expert at the Paris-based Institute of International and Strategic Affairs.
During the cabinet meeting, according to a statement obtained by AFP, Hariri expressed the hope for "a new chance to defend the country together".
"We see how the region is boiling and we must be aware that any misstep could bring the country to a dangerous precipice," he told his cabinet.
Lebanon has been buffeted by regional instability in recent years, particularly by the war in neighbouring Syria which has sent more than one million refugees into its tiny neighbour, seeking safety.
The conflict in Syria has also deepened existing tensions.
Hariri's resignation raised fears that Lebanon could be plunged into chaos, and provoked widespread speculation.
France's foreign ministry said Friday's meeting was intended to "support the political process (in Lebanon) at a crucial moment".