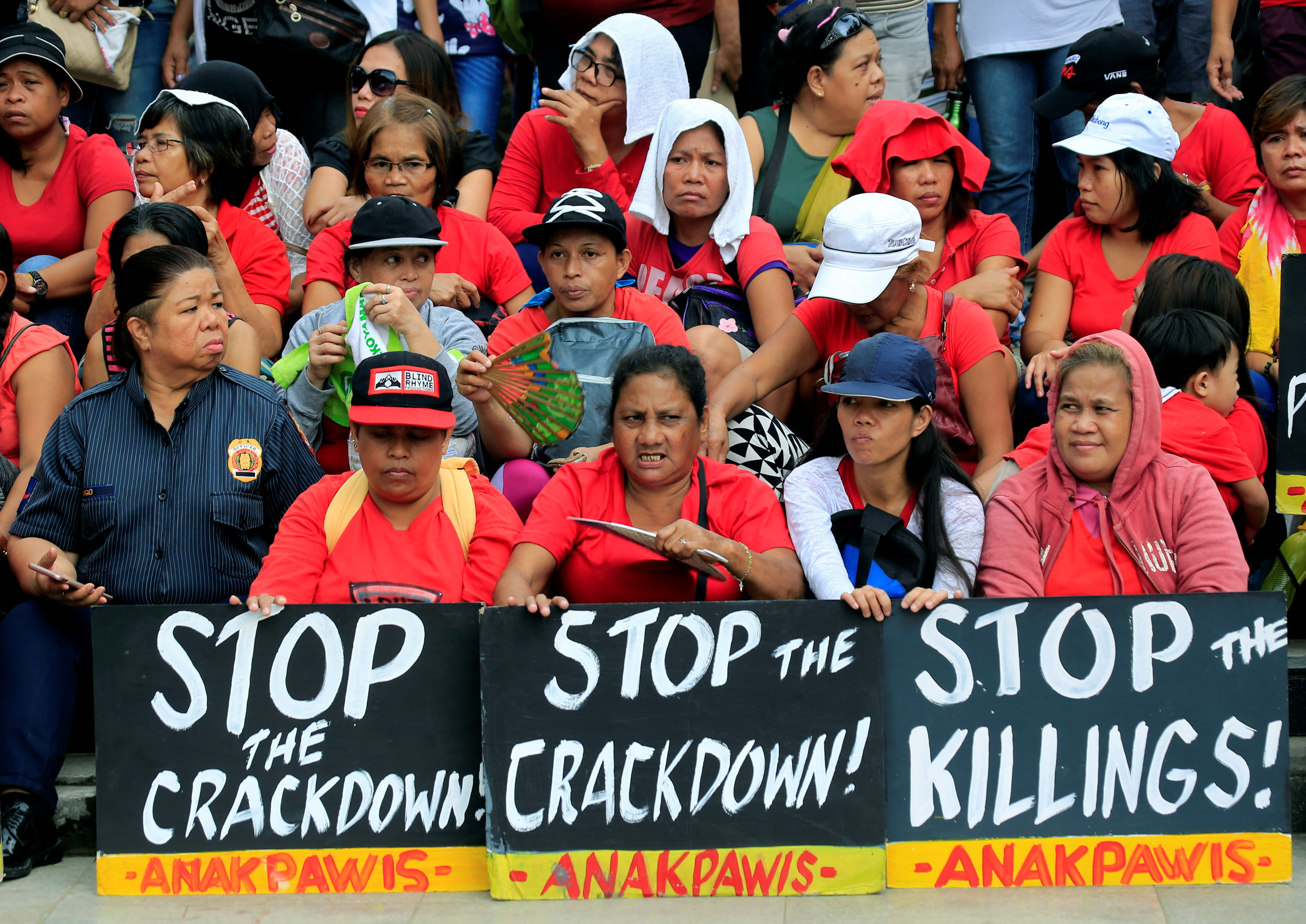 Manila: Philippine police will return to the frontlines of President Rodrigo Duterte's drug war, his spokesman said on Tuesday, less than two months after they were demoted in response to rising opposition to the crackdown.
Presidential spokesman Harry Roque said the police were being brought back because drug crimes had risen in their absence, and there had been a "public clamour" for them to return.
He said Duterte signed an order on Tuesday directing the police to again join the crackdown.
"There has been a notable resurgence in illegal drug activities and crimes committed," Roque said as he read the order signed by Duterte.
Duterte, 72, was elected last year on a promise to eradicate drugs from society by launching an unprecedented campaign in which up to 100,000 people would die.
Since he took office, police have reported killing about 4,000 people in the crackdown.
Another 2,290 have been murdered in drug-related crimes, while thousands of other deaths remain unsolved, according to government data.
Many Filipinos continue to support the crackdown, believing Duterte is making society safer.
But in October Duterte announced that the Philippine Drug Enforcement Agency would replace the police in the drug war following mounting public opposition, including rare street protests, that were triggered by police allegedly murdering three teenagers.
Duterte said later he had removed police from the drug war "in deference" to critics, including rights campaigners, Catholic bishops and the European Union.
However Duterte also repeatedly said he believed the anti-drug agency, with only about 2,000 officers, would not be able to effectively prosecute the crackdown. The police force has about 165,000 officers.
The October suspension was the second time Duterte had hauled police off the drug war.
In January he did the same after it was revealed officers involved in the anti-drug campaign murdered a South Korean businessmen inside national police headquarters.
Duterte said at the time the police force was "corrupt to the core". But he reinstated the police soon afterwards without making major reforms to address the graft issue.