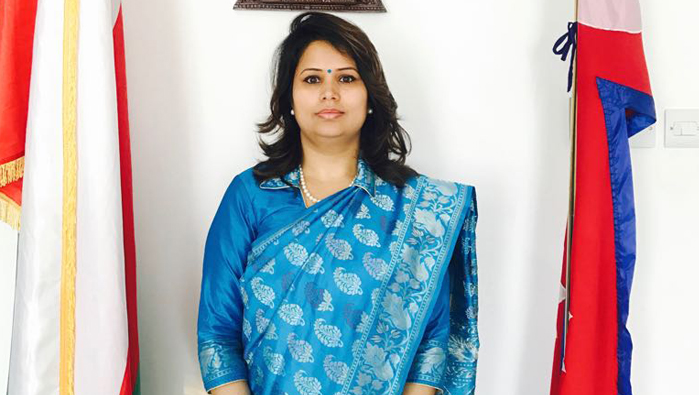 Muscat: The recent visit by Sher Bahadur Deuba, Prime Minister of Nepal to the Sultanate of Oman, has opened a new chapter in the bilateral relations of both the countries.
Both Nepal and Oman are moving forward to diversify their relations and explore possible avenues of cooperation in all possible sectors, especially in tourism.
“We are looking forward to more cooperation between Nepal and Oman in the field of tourism, as both countries have potential in this sector. We are also planning to sign the first ever labour agreement with Oman that will highlight the workers’ interest. We signed a similar agreement with Jordan recently,” said Sarmila Parajuli Dhakal, Nepal’s first envoy to Oman.
Giving details about the tourism prospects, she stated: “Omani nationals get visas on arrival, and in case anyone wants to obtain their visas before their travel to Nepal, the embassy will get it done within 30 minutes. We are also on our way to sign an MoU (Memorandum of Understanding) on visa exemptions for the holders of diplomatic and official passport in both the countries “
Indian nationals do not require visa to travel to Nepal. The ambassador mentioned that the number of inbound tourists to Nepal from Oman had increased in recent times and was expected to reach the niche.
“The list of tourist visa chart indicates that the number of Omani tourists to Nepal has increased by 100 per cent, which is based on the number of tourist visas issued by the Nepal Embassy in Oman in the last four months,” she explained.
World heritage sites
The ambassador said that Omani nationals and the people living in Oman recognised Nepal as a tourist destination and its one and only highest peak in the world — Mount Everest, along with its wildlife and ancient cities, such as Kathmandu, Bhaktapur and Patan. Nepal is home to 10 UNESCO World Heritage sites, including seven in the Kathmandu Valley, Lumbini (birthplace of Buddha), Chitwan National Park and Sagarmatha National Park.
Similarly, the Nepali community also treasures Oman as one of the most prospective place to invest their skills in.
“The love for adventure tourism and journey to the world’s greatest heights on Mount Everest have taken many Omani tourists to Nepal, where they have explored the beauty of its nature.
Tourism being the core industry in Nepal, there are no dearth of skilled workforce in the hospitality sector, and they can utilise their talent and skill in Oman, which
has high tourism potential,” remarked Dhakal.
As Oman and Nepal enjoy excellent bilateral relations, Nepal is proud to be one of the allies of the Sultanate.
The year 2017 also marks the 40th anniversary of Nepal-Oman diplomatic relations. Expressing her gratitude, she stressed, “We are grateful to His Majesty for his kindness and for laying his trust on the abilities of the Nepali workforce. The Embassy of Nepal remains committed to policies pertaining to the national interest and will work cordially by focussing on economic and development diplomacy, which will include the sectors of tourism, trade, environment, health, education, foreign employment and investments, thus further strengthening the ties between both the countries.”
Following the MoU which has been signed regarding the bilateral constitution mechanism, the ambassador will also focus on the reciprocal visit of Oman emissaries to Nepal.
“We are working together to finalise a time and venue for the next bilateral meeting, which will be held either in Kathmandu or in Oman to further enhance the diplomatic relations. We are also planning to cooperate in all areas to ensure greater achievements for both countries and their people,” she affirmed.
She also confirmed that Nepal had assumed chairmanship of the Colombo Process (CP) — a regional consultative process on the management of overseas employment and contractual labour for countries of Asian origin — on March 29, 2017, at a ceremony held during an ambassadorial-level meeting of the CP member countries in Geneva.
“The CP is a regional consultative process established in 2003. It brings together 12 Asian labour sending countries, which include Sri Lanka, India, Bangladesh, Afghanistan, Pakistan, China, Thailand, Vietnam, Philippines, Cambodia and Nepal in a member-state driven, non-binding regional consultative process on migration to facilitate dialogue and cooperation on issues of common interests and concerns relating to labour mobility. Our focus is on safe labour migration,” she concluded.