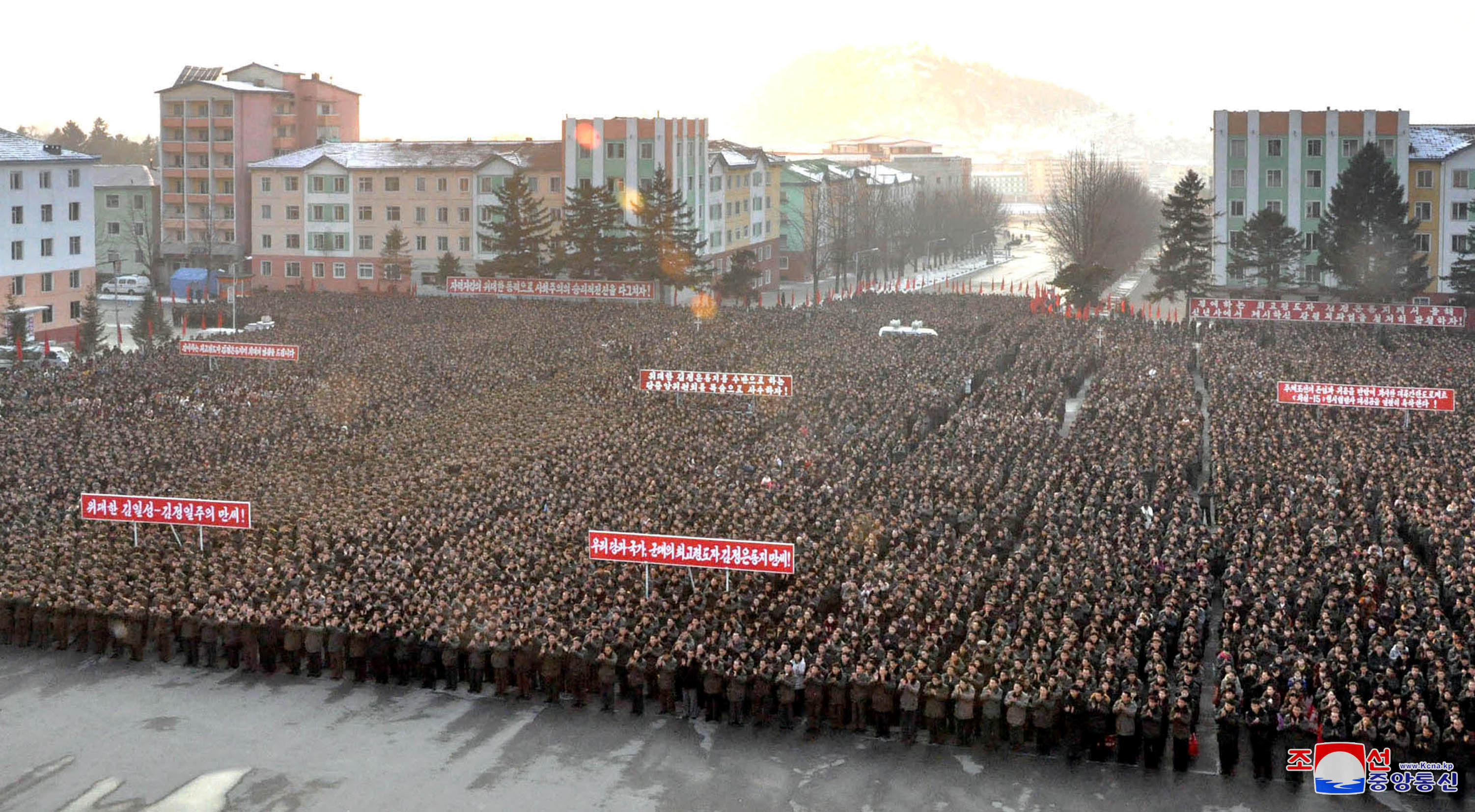 Beijing: A senior United Nations official arrived in North Korea on Tuesday for a rare visit aimed at defusing soaring tensions over Pyongyang's nuclear weapons programme.
Jeffrey Feltman's visit -- the first by a UN diplomat of his rank since 2010 -- comes less than a week after North Korea said it test-fired a new ballistic missile capable of reaching the United States.
Feltman shook hands with a North Korean foreign ministry official after flying into Pyongyang from Beijing on the North's Air Koryo.
His trip comes a day after the United States and South Korea launched their biggest-ever joint air exercise -- manoeuvres slammed by Pyongyang as an "all-out provocation".
The five-day Vigilant Ace drill involves 230 aircraft, including F-22 Raptor stealth jet fighters, and tens of thousands of troops, Seoul's air force said.
Feltman, the UN's under secretary general for political affairs, arrived in China on Monday as Beijing is one of the few transit points to North Korea in the world.
He met with a Chinese vice foreign minister while there.
China, which is Pyongyang's sole major diplomatic and military ally, has called on the United States to freeze military drills and North Korea to halt weapons tests to calm tensions.
In the North, Feltman will discuss "issues of mutual interest and concern" with officials, UN spokesman Stephane Dujarric said, adding he was unable to say whether the envoy will meet the reclusive state's leader Kim Jong-Un.
"The first step -- that North Korea agreed to have (Feltman) visit -- is a positive sign," Wang Dong, an international studies professor at Peking University, told AFP.
"If the diplomatic effort is successful, then they will certainly be able to exercise some persuasion."
It will be Feltman's first visit to North Korea since he took office five years ago.
"After declaring that the country has achieved full nuclear statehood, the North is likely to reaffirm to the UN envoy its promise that... it will use its nuclear weapons only for defence purposes," Koh Yu-Hwan, a professor at Dongguk University in Seoul, told AFP.
The UN Security Council has hit the isolated and impoverished North with a package of sanctions over its increasingly powerful missile and nuclear tests, which have rattled Washington and its regional allies South Korea and Japan.
Pyongyang ramped up already high tensions on the Korean Peninsula five days ago when it announced it had successfully test-fired a new ICBM, which it says brings the whole of the continental United States within range.
Analysts say it is unclear whether the missile survived re-entry into the earth's atmosphere or could successfully deliver a warhead to its target -- key technological hurdles for Pyongyang.
A Cathay Pacific crew flying from San Francisco to Hong Kong said they spotted what they believed was the missile, with one airline official saying the crew described seeing it "blow up and fall apart".
In recent years, Pyongyang has accelerated its drive to bring together nuclear and missile technology capable of threatening the US, which it accuses of hostility.
US President Donald Trump has engaged in months of tit-for-tat rhetoric with Kim, pejoratively dubbing him "Little Rocket Man" and a "sick puppy".
In a new editorial on Tuesday, North Korean state media blasted the joint US-South Korean drills as going "beyond the danger line" adding the two allies were like "a group of tiger moths flying into fire only to perish in it".
As well as featuring the latest generation of stealth fighters, this year's war games involve simulated precision attacks on the North's military installations, including its missile launch sites and artillery units, Yonhap news agency said, citing unnamed Seoul sources.
Over the weekend Trump's National Security Adviser HR McMaster told a security forum that the potential for war with the North "is increasing every day".
But some Trump advisers say US military options are limited when Pyongyang could launch an artillery barrage on the South Korean capital -- only around 50 kilometers (30 miles) from the heavily-fortified border and home to 10 million people.
China's foreign ministry Tuesday said it "welcomes the UN to play a constructive role in properly settling the Korean peninsula nuclear issue".