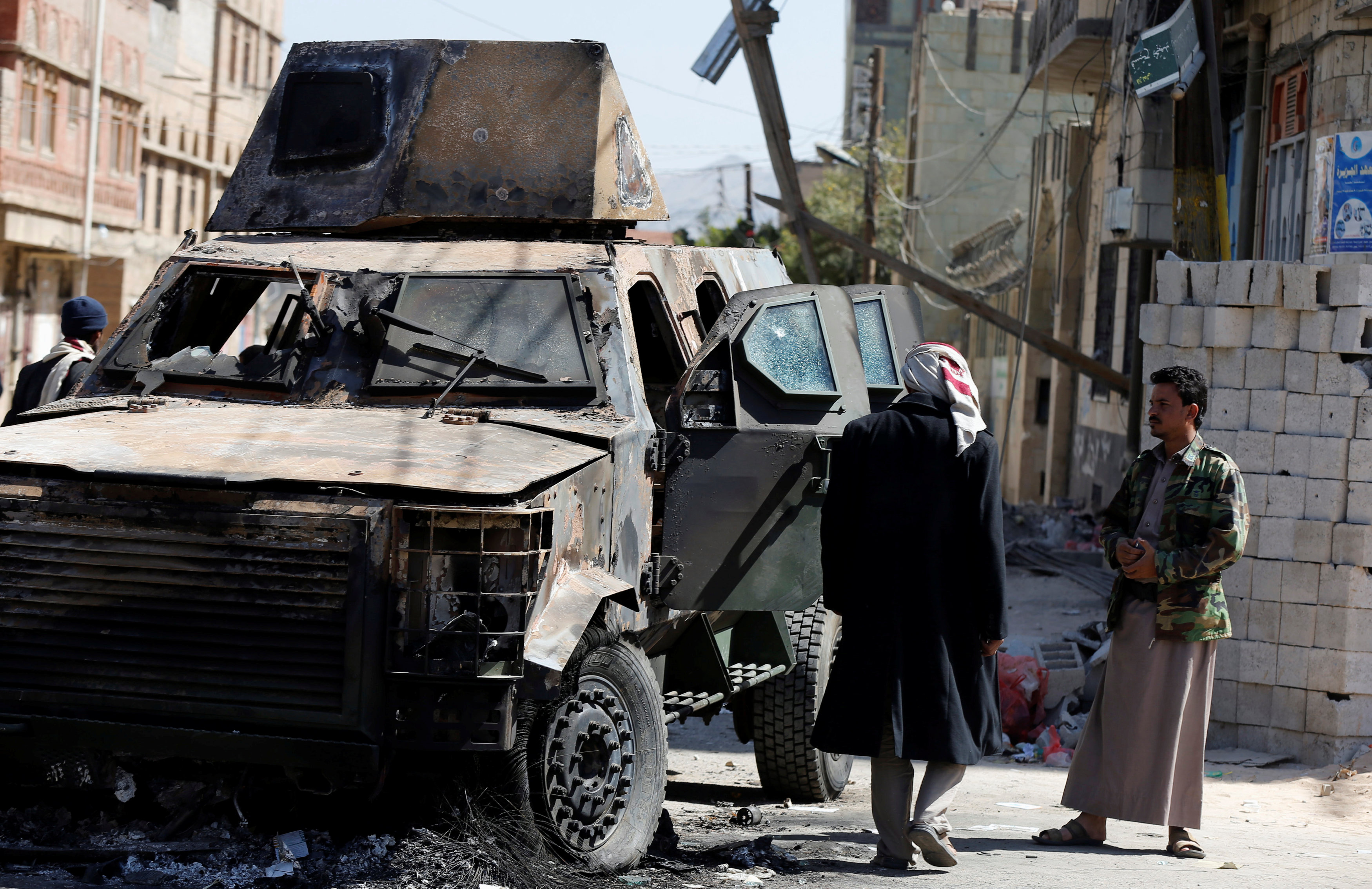 Sanaa: Yemen's Houthi rebels moved to cement their grip on the capital Tuesday after killing of former president Ali Abdullah Saleh as he fled the city following the collapse of their uneasy alliance.
Residents reported a few minor clashes between the Houthis and Saleh supporters late on Monday in southern districts which had been loyal to the slain strongman.
But there was no repetition of the heavy fighting that had rocked Sanaa for the five previous nights.
A least 234 people were killed and 400 wounded in those clashes, the International Committee of the Red Cross said on Tuesday.
New checkpoints manned by rebels sprung up across Sanaa as their leaders hailed their control of the capital.
"We declare the end of security operations and the stabilisation of the situation," senior Houthi official Saleh Al Sammad told the rebels' Almasirah television channel late on Monday.
Sammad said he had ordered the security forces to "take steps against the saboteurs and all those who collaborated with them".
The capital was awash with unconfirmed rumours of widespread arrests of suspected Saleh supporters in the army and the rebel government.
The former strongman retained the loyalty of some of the best equipped units of the army after he was forced to step down as president in 2012.
Saleh, who ruled Yemen for three decades, had joined forces with the Houthis in 2014 when they took control of large parts of the country, including the capital.
But that alliance unravelled over the past week as the former leader reached out to the Saudi-led coalition that has waged an air campaign against the Houthis since March 2015.
In a sign of confidence, the Houthis called a mass rally for Tuesday afternoon to celebrate their "foiling of the plot" hatched by Saleh to change sides in Yemen's devastating civil war.
The Saudi-led coalition stepped up its bombardment of the capital on Monday night, carrying out at least seven strikes on the rebel-held presidential palace, witnesses said.
There was no immediate word of any casualties.
Yemen's war has left thousands dead, led to one of the world's worst humanitarian crises and deepened tensions.
Arab League chief Ahmed Abul Gheit condemned Saleh's killing, saying that the "way it was done reveals to everyone the criminal nature" of the Houthis.
Saleh was forced to step down in 2012, after his forces waged a bloody crackdown on peaceful protests calling for his ouster.
The 75-year-old had survived civil war, rebellion in the north, an Al Qaeda insurgency in the south and a June 2011 bomb attack on his palace that wounded him badly.
The Houthis announced his death on Almasirah, and a video provided to AFP by the rebels showed what appeared to be a dead Saleh with a severe head injury, his body wrapped in a floral-print blanket.
A military source said the Houthis had stopped their four-car convoy about 40 kilometres (25 miles) south of Sanaa and shot dead Saleh and two other officials.
In a televised speech on Monday, rebel chief Abdul Malik Al Houthi made no mention of Saleh's death but expressed his satisfaction at the day's events.
"Today marked the failure of the conspiracy and treason, a black day for the forces of aggression," he said.