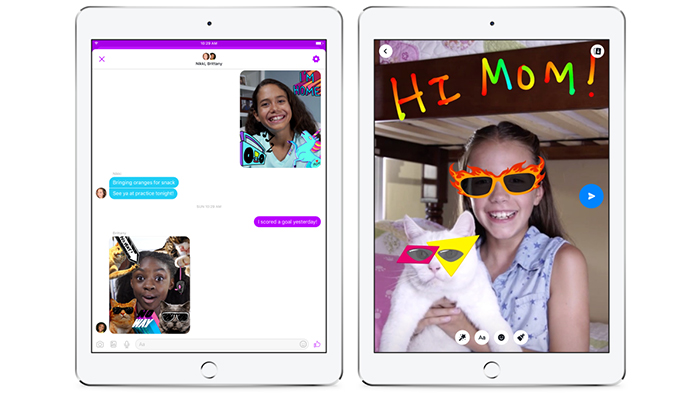 Muscat: Despite Facebook rolling out a new Messenger Kids app that they say is safe for children, parents in Oman have been warned to continue to monitor what their young ones can see online.
Although you have to be at least 13 years old to create a Facebook account, this new app lets those even younger sign up. The app does have new safety features which make it child-friendly, but that doesn't rule out the dangers of unsupervised online browsing.
“This application is totally different from the normal Messenger app,” said Majid Al Sinani, systems engineer at The Research Council.
The Messenger Kids app doesn't require a Facebook profile to for children to use it — instead, they can chat with a list of their friends and family that's pre-approved by their parents, using child-friendly filters, emojis, GIFs, videos and more.
But despite a new system of checks and balances put into place by Facebook, Al Sinani asked parents in Oman to monitor what exactly their children did online.
He says, “All social media should be under the control of parents. For example, there are YouTube and Google sites especially available for kids, but this should still be supervised by parents. Parents should minimise the amount of time children spend on social media, and limit it to a maximum of one hour.
“These days, children are just given the iPad by their parents to do whatever they want, but this is not good,” he added. “They don’t know what their children are looking at and what they are doing over there.”
Nadia Megnin, Head of Senior School at the British School Muscat, had a personal experience to share about the hazards of abusing social media.
“Sometimes, social media can be abused by children and students,” she explained. “One of my former pupils who left about five years ago, was always very keen to join the police force in the UK. She was a head girl here, so she had a very prestigious role in the student body, and she was a very bright, articulate young lady, but what she did – as do many other students – is show a lot of keenness for Facebook, and while she was young, in her formative years, she used to ‘Like’ certain things, which when you are young, you don’t really think about, and she used to write comments.
“When she graduated – and she did extremely well – she applied to join the graduates’ programme at the police force, and they went through a vetting process,” added Megnin. “They did a search on her Facebook and all social media, and they found things that she had ‘Liked’ as a young girl, and then they basically dropped her out of the graduates’ programme, because of what she had ‘Liked’
Megnin warned children and parents to think twice before publicly supporting things that could cause them trouble in the future.
“She then wrote to me to say ‘you know what I am like, could you write a reference for me?’ which I did because teachers remembered her very, very fondly, she had a very good rapport with children from all walks of life. But because she was young and she wanted to be like everybody else, and because she had ‘Liked’ things that were deemed to be inappropriate, she was kicked off the course,” she revealed.
“Despite all of that, she was not accepted back into the course. The moral of the story is that we do tell our students is that you have to tell them not to like or comment on things that could come back to haunt you in the future.”