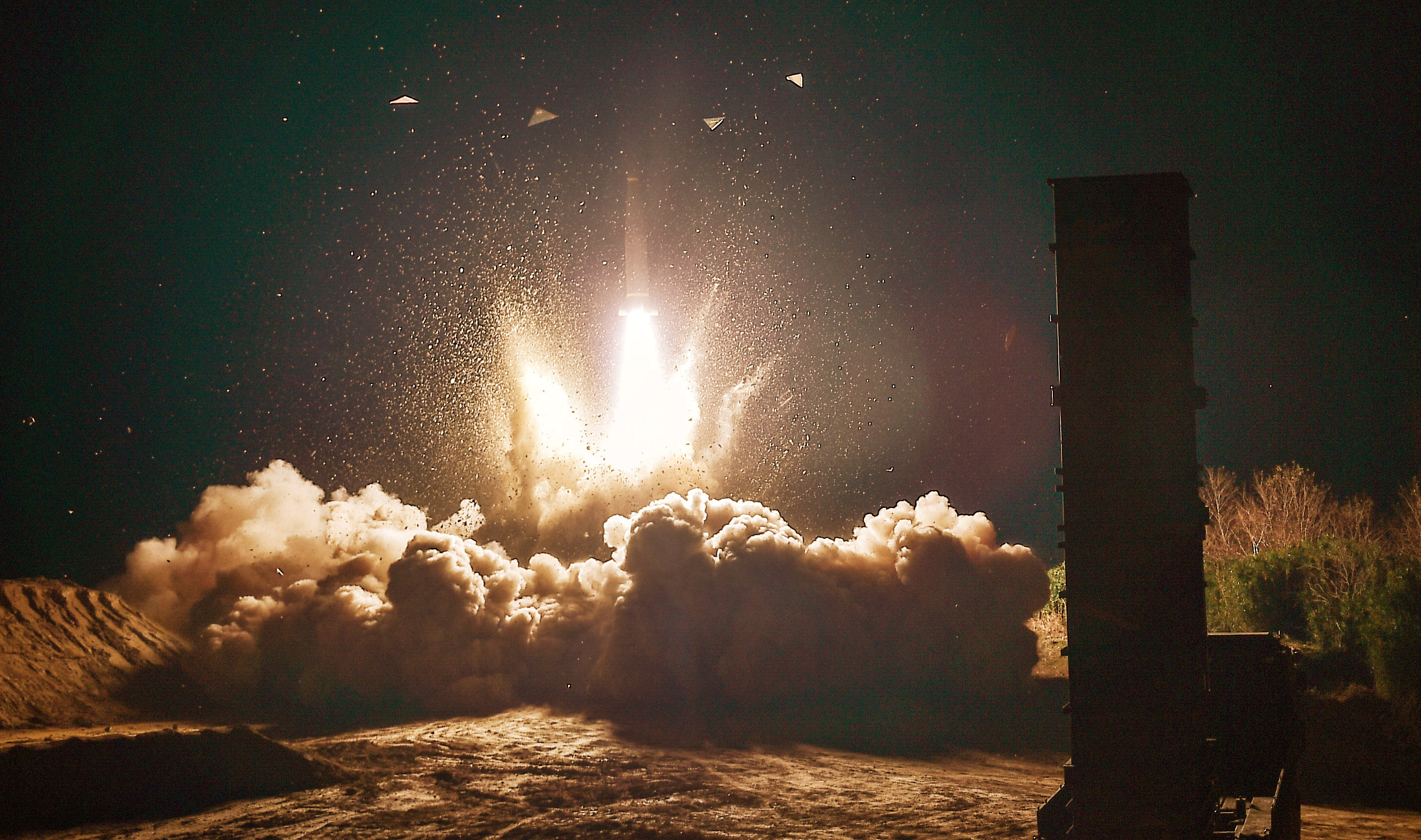 Seoul: North Korean leader Kim Jong-Un said Wednesday his country had achieved full nuclear statehood after what he said was the successful test of a new missile capable of striking anywhere in the United States.
The intercontinental ballistic missile (ICBM) launch snapped a two-month pause in testing by the North and poses a new challenge to US President Donald Trump who has vowed such a capability "won't happen".
North Korean state television brought out Ri Chun-Hee, a star presenter who only appears for significant developments, to announce the landmark.
"Kim Jong-Un declared with pride that now we have finally realised the great historic cause of completing the state nuclear force, the cause of building a rocket power," she said.
"The great success in the test-fire of ICBM Hwasong-15 is a priceless victory won by the great and heroic people of the DPRK," she said, using the official abbreviated name for North Korea.
Wednesday's missile was more sophisticated than any previously tested, state media said.
"The ICBM Hwasong-15 type weaponry system is an intercontinental ballistic rocket tipped with super-large heavy warhead which is capable of striking the whole mainland of the US," the North's official news agency KCNA said.
Pyongyang said the missile reached an altitude of 4,475 kilometres (2,800 miles) and splashed down 950 kilometres from its launch site.
At least one Western expert said the missile's lofted trajectory suggested an actual range of 13,000 kilometres -- enough to hit every major US city.
Trump, who recently announced fresh sanctions on Pyongyang and returned it to a US list of state sponsors of terror, was opaque in his immediate response, as the UN Security Council agreed to meet in an emergency session.
"I will only tell you that we will take care of it," Trump said at the White House. "It is a situation that we will handle," he added, without elaborating.
It was the North's third successful ICBM test.
David Wright, an arms control expert and co-director at the Union of Concerned Scientists, said the flight parameters pointed to a missile with "more than enough range to reach Washington DC, and in fact any part of the continental United States".
There were scenes of jubilation in tightly controlled Pyongyang, where residents gathered in front of a large screen to watch the news.
Jang Kwang Hyok, 32, said the test posed a question for the US president.
"I just want to ask a question to Trump: 'Can you still dare to backbite about our country?' 'Can you continue to do it even when Hwasong-15 is fired to the US mainland?'," he said.
While Pyongyang has yet to prove its mastery of the re-entry technology required to bring a warhead back through the Earth's atmosphere, experts believe it is at least on the threshold of developing a working intercontinental nuclear strike capability.
Wednesday's statement from the North stressed the notion of its now being a fully-fledged nuclear power and offered language redolent of a "no first strike" doctrine.
Its weapons "would not pose any threat to any country and region as long as the interests of the DPRK are not infringed upon. This is our solemn declaration," state media said.
Melissa Hanham, senior research associate with the East Asia Nonproliferation Program of the Middlebury Institute, said this could indicate a diplomatic off-ramp from the present standoff with the US.
"Perhaps this is an out," she wrote on Twitter. "A way to say they've achieved what they want, as long as we treat them the way they want to be treated."
She urged the global community to seize the opportunity.
"Diplomacy is worth the risk of failure, because to not engage them just gives them time to scale up."
Tensions over the North's weapons programme peaked after Pyongyang conducted its sixth and most powerful nuclear test in September and then fired an intermediate-range missile over Japan.
China, the North's main ally, has pushed for a "dual track approach" to the crisis which would see the United States freeze its military drills in South Korea while North Korea would halt its weapons programmes.
Washington has rejected that approach, preferring a constant tightening of economic screws backed by dire threats of military destruction.
The Trump administration last week unveiled new sanctions targeting North Korean shipping, as well a number of Chinese companies doing business with the pariah state.
The US leader spoke by phone with both Japanese Prime Minister Shinzo Abe and South Korean President Moon Jae-In after Wednesday's test to underline the global threat posed by North Korea.
Trump is close to Abe, but relations with his South Korean counterpart -- whom he has accused of appeasing Pyongyang -- are far cooler, and there are concerns in Seoul that the US president might be considering military action against the North that could trigger a full-scale war.
Seoul is home to 10 million people and only about 50 kilometres (30 miles) from the border -- well within range of Pyongyang's artillery.