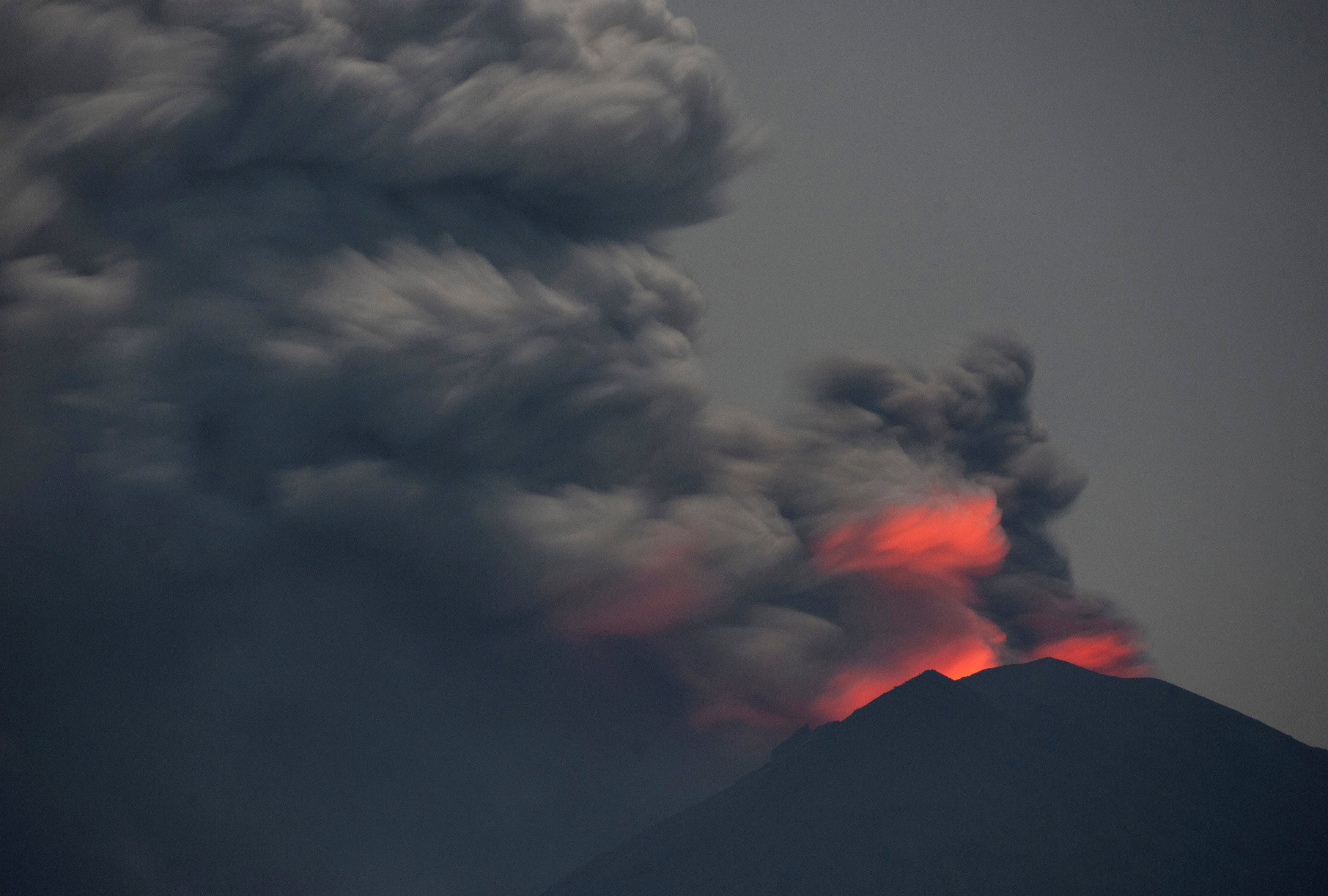 Denspasar (Indonesia): Bali airport reopened on Wednesday, Indonesian authorities said, two days after a volcanic eruption spread ash across the holiday island and forced its airport to close, stranding tourists and spurring evacuation efforts.
"Bali's international airport started operating normally," air traffic control provider AirNav said in a statement, adding that operations resumed at 2:28 p.m. (0628 GMT).
The reopening followed a downgrade in the authorities' aviation warning to "orange", one level below the most serious.
The decision to resume operations followed an emergency meeting at the airport, weighed up weather conditions, tests and data from AirNav and other groups, AirNav added.
Singapore Airlines Ltd said it would resume flights between Singapore and Bali on Wednesday. Australia's Qantas Airways Ltd said it and budget arm Jetstar would run 16 flights to Australia on Thursday to ferry home 3,800 stranded customers.
A large plume of white and grey ash and smoke hovered above Agung on Wednesday, after night-time rain partially obscured a fiery glow at its peak over the last few days.
President Joko Widodo implored residents living in a zone around Agung deemed at risk to seek refuge in emergency centres, as winds sending an ash cloud southwest across the island once again halted flights.
Earlier, the transport ministry had said Bali's airport, the country's second biggest, would stay shut until at least 7 a.m. on Thursday (2300 GMT on Wednesday).
A spokesman for Bali's I Gusti Ngurah Rai International Airport said as many as 430 domestic and international flights had been disrupted on Wednesday by the closure of the airport, about 60 km (37 miles) away from Mount Agung.
Agung towers over eastern Bali to a height of just over 3,000 meters (9,800 feet). Its last major eruption in 1963 killed more than 1,000 people and razed several villages.
Layers of ash coated cars, roofs and roads in an area southeast of the crater. Children wore masks to walk to school.
Authorities want residents in a radius of about 8 km to 10 km (5 miles to 6 miles) around the volcano to head for emergency centres, warning a larger eruption could be "imminent". But some are reluctant to leave homes and livestock unattended.
"Those in the 8- to 10-kilometer radius must truly take refuge for safety," President Widodo told reporters.
He also asked emergency services, military and officials to assist evacuees and help stranded tourists get home.
"There must not be any victims hit by the eruption," Widodo said.