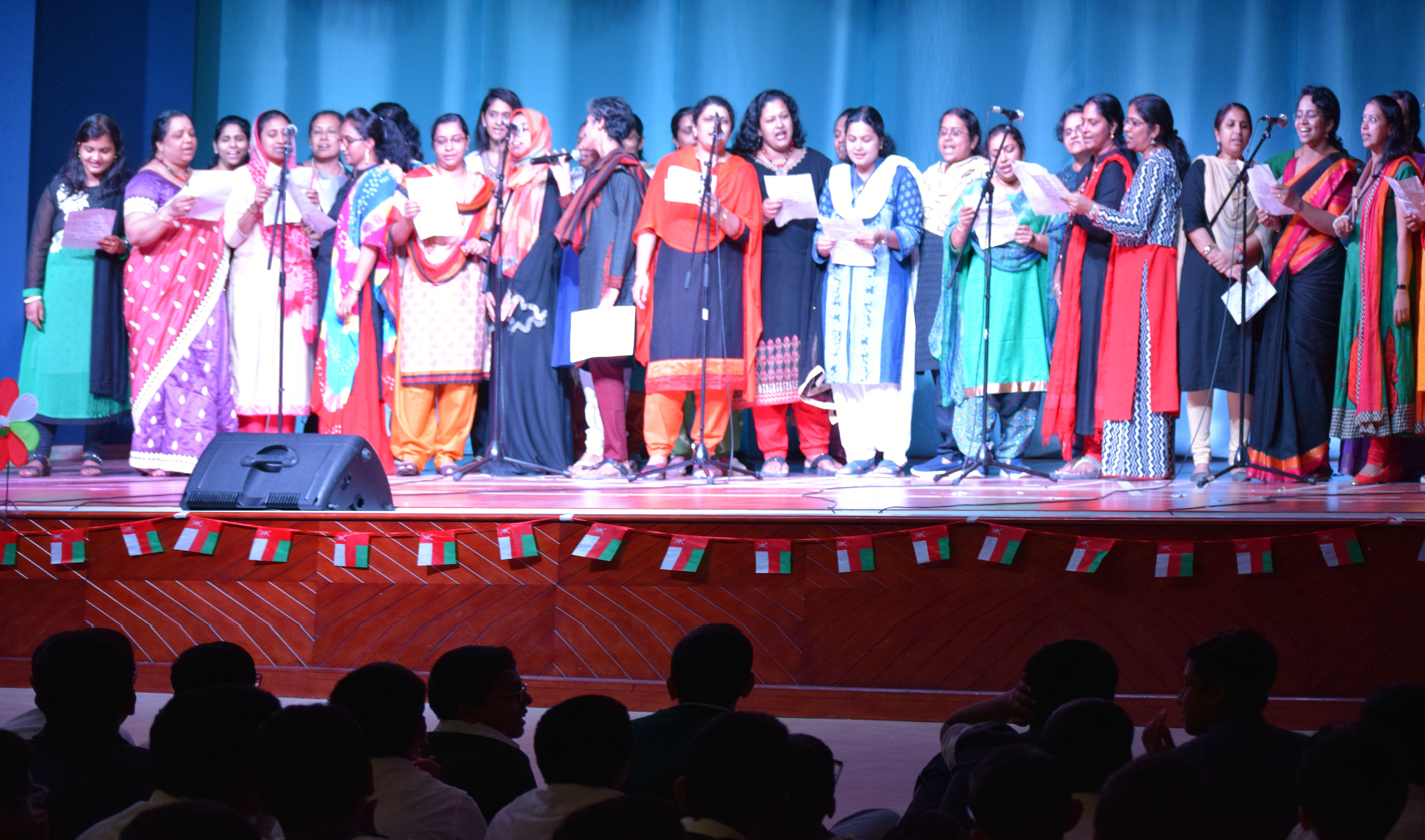 Muscat: It was a day of surprises for the students as they looked forward to their teachers performing on stage.
The day commenced with the Special Assembly conducted by the teachers who presented the prayer, the value for the day followed by an interesting quizzing session which took the audience by storm.

The cultural events began with a Group Song in Malayalam which set the audience in an upbeat mood with its fast-paced familiar numbers. A colourful song and dance sequence ‘Colours of Life’ brought to life the myriad hues and charged the atmosphere as the students swayed to the tunes of Bollywood numbers.

‘Old is Gold’ - The energy packed dance numbers from the 80’s till the latest hits of Bollywood wowed the audience as the crowd sang along with great excitement and enthusiasm. The performance of the dancers was meticulous and breathtaking. An Arabic dance celebrating the first birthday of a child followed by a folktale of yesteryears made the audience explode into laughter.

A Dubsmash titled ‘A Memorable School Life’ picturized the first day of school till the last day of the academic year. It included popular Bollywood songs to which the teachers danced in style capturing the emotions of students in different situations at school.

This spectacular event staged by the teachers was not only applauded by the students but also brought great joy and happiness on their faces.