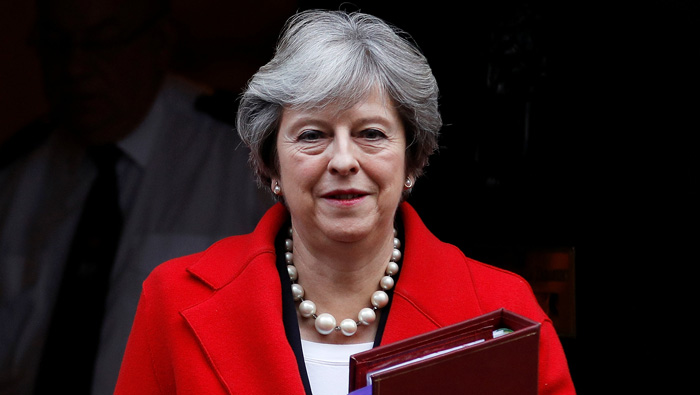 London: Prime Minister Theresa May's attempts to keep her Brexit plans secret provoked a new row on Tuesday when lawmakers criticised her for failing to hand over complete studies on the economic impact of Britain leaving the European Union. The government had promised to share more than 50 studies on how Brexit would affect different economic sectors, but on Monday it gave lawmakers a hard copy of a report running to around 850 pages with parts redacted because of what ministers called commercial and confidential information. Lawmakers hit back, saying the government was riding roughshod over a democratically elected parliament - the latest tug of war over who should have influence over talks that will shape Britain's future standing in the world by unravelling more than 40 years of union with the bloc. "This is not a game. This is the most important set of decisions that this country has taken for decades," Keir Starmer, Brexit policy chief for the opposition Labour Party, told parliament. "In my experience the biggest mistakes are made when decisions are not scrutinised." With much redacted, Scotland's Brexit minister Michael Russell said the report did not contain "any actual impact analysis" which could offer an insight into what May's government had concluded over the likely impact of leaving the EU's single market and customs union. "It is essential that people across the UK fully understand the consequences of decisions being taken about their future," he said in a letter sent to Damian Green, May's deputy, that was made public by the Scottish government. Arguments that the economy would suffer if Britain left the EU were rejected by many voters at last year's referendum when the country backed Brexit. But with the economy struggling with lower growth since the vote, some of those who argue that Britain should reverse its decision or at least strive for a softer Brexit that maintains close ties say knowledge of the impact could change minds. The government has been reluctant to share its impact assessments, with May saying she has to play her cards close to her chest to win the best available deal with the EU. Earlier this month, parliament used an archaic rule to force the government to hand over 58 impact studies, which earlier Brexit minister David Davis had referred to as "57 studies (that) cover 85 per cent of the economy - everything except sectors that are not affected by international trade". Late on Monday, Davis wrote to a parliamentary committee on Brexit that the papers had been redacted because he had not been given guarantees that lawmakers would keep the details secret, possibly undermining Britain's negotiating hand. A junior minister for Brexit, Robin Walker, told parliament the government had been "as open as possible" and had met the terms of parliament's demand despite lawmakers' misunderstanding over what the analysis was. "It is not a series of 58 impact assessments," he said. But the move to limit the information, Labour and the Scottish National Party say, could place the government in contempt of parliament, which could lead to the suspension or expulsion of Davis from the House of Commons. Asked whether a charge of contempt could move forward, the parliamentary Speaker, John Bercow, said any attempt should take place after a meeting between Davis and the head of parliament's Brexit committee.