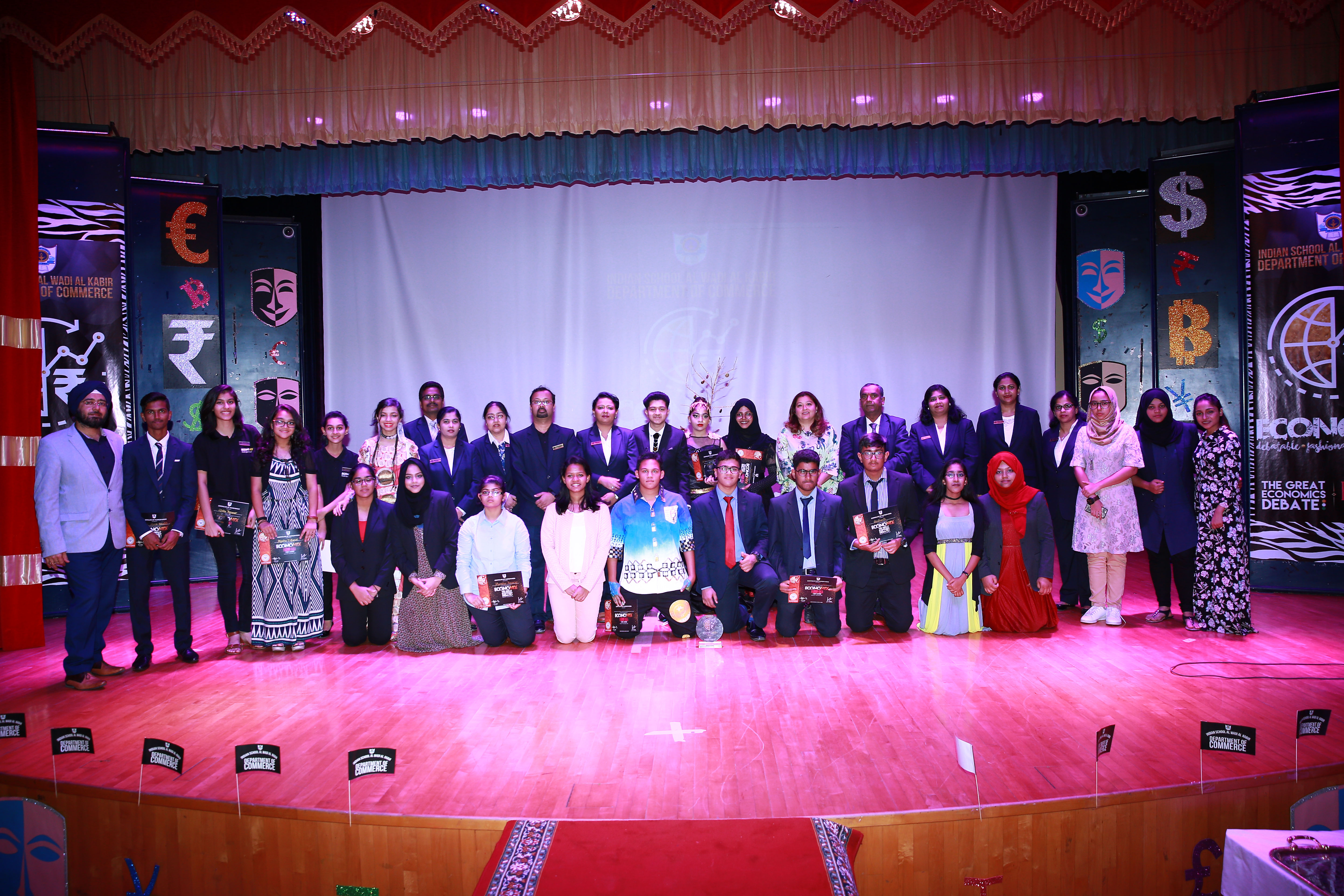 Muscat: The Commerce Department at Indian School Wadi Kabir organised 'Economix', an inter-school competition featuring a debate on the motion:‘Demonetisation - A Step in the Right Direction’ along with ‘Fashion Gala’, a fashion show centered on the themes of Demonetisation, Globalisation and Bitcoins.
The guests of honour for the occasion were members of the SMC - Kirti Jesrani, honorary co-convener and co-treasurer; Shilpa Pawani, chairperson - academics and staff matters, and Binay Shukla, chairperson - ERP systems and online fee payment.
The panel of judges included Swati Dasgupta, Features Editor, Times of Oman and Hi ; Kusum Mishra, member of teaching faculty - department of management, Waljat College of Applied Sciences and Rema Anand, economics teacher and a university rank holder.
The stage in the multi-purpose hall of the school was decorated with motifs and signs pertaining to the moneys of the world, for added ambience. On either side of the venue there were rows of soft boards showing educational posters relevant to the occasion.
A total of eight teams from Indian Schools Ghubra, Muscat, Seeb, Darsait, Mabela, Muladha, Salalah as well as the host school participated in the competition. The debate could not have come at a more opportune moment as the demonetisation exercise in India completes its first anniversary.
Well-informed debaters put forward forceful arguments both for and against the motion.
The star attraction of the programme was ‘Fashion Gala’ for which a special ramp had been constructed inside the multi-purpose hall. The main objective of this event was to give free reign to students’ imagination and creativity to present their fascinatingly designed costumes on a catwalk in the manner of fashion models.
This activity also put to test students’ understanding of fundamental economic issues related to globalization, demonetisation and bitcoins. Captivating models mesmerised the audience as they presented their creations with skill and elan. Each of the fashion models was assisted by a team member who briefly delved on their chosen theme and the depiction of it through the medium of their chosen costume.
Satwik Mishra of ISD speaking for motion and Rupcha of ISG speaking in opposition were declared the best speakers. Nazia Hassan Ansari and Khushbu Haroon of ISWK won the Fashion Gala.
The prize for overall winning school was clinched by the host school ISWK.
The students’ active participation in the event broadened their outlook on the real-world economic issues as well as enhanced their understanding of certain key economic concepts. The event also allowed them to exercise their creativity and gain self-confidence as possible future fashion models.