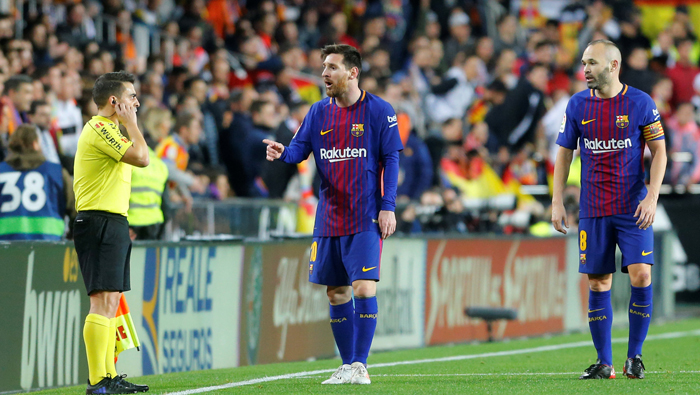 Valencia: La Liga's top-of-the-table clash between Valencia and Barcelona on Sunday was overshadowed by the league's refusal to embrace goal line technology as Barca's Lionel Messi was denied a clear opening goal.
Valencia goalkeeper Neto let the five-time World Player of the Year's effort slip between his legs in the 30th minute and then tried in vain to scoop the ball to safety before it crossed the line.
However, to Messi's amazement neither the referee or his assistant signalled for the goal to stand.
Unlike in Europe's other major leagues such as the Premier League, Bundesliga and Serie A, La Liga president Javier Tebas has refused to introduce goal line technology due to concerns over cost.
It is not the first time Barca have paid the price for Tebas's reluctance as they were also denied a clear goal in a 1-1 draw at Real Betis last season.