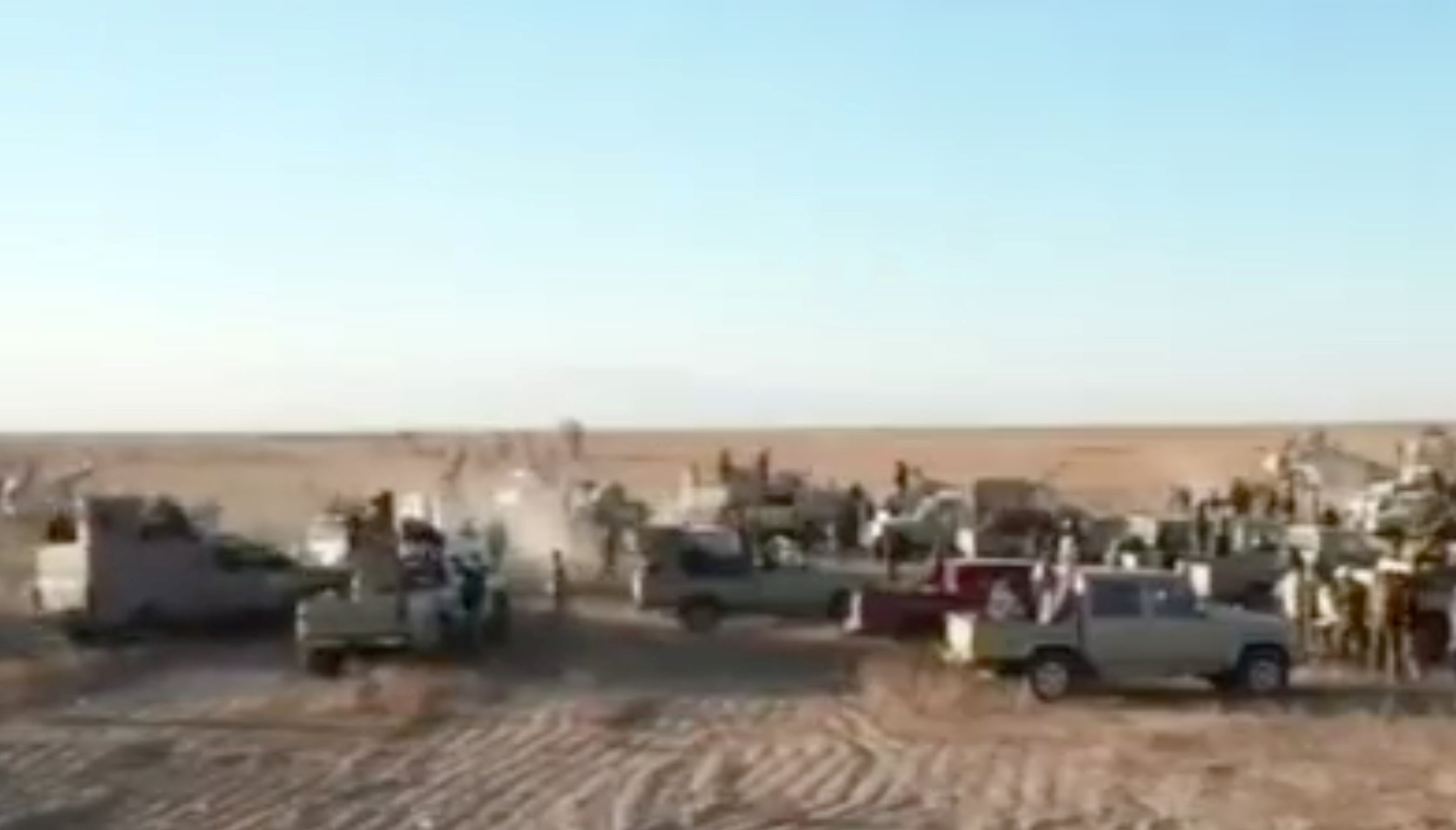 Baghdad: Iraqi forces said Monday they face a tough battle against the IS group in deep gorges and other natural hideouts in the western desert along the Syrian border, their last bastion in Iraq. "Our units have cleared 50 per cent of the total area of the desert of around 29,000 square kilometres (11,000 sq miles). The first phase is over," General Yahya Rassoul, spokesman of the Joint Operations Command, told AFP. "Now our units will proceed to clearing the rest of the desert zones, including Wadi (valley) Hauran," he said. "The valley is deep and reaches Syrian territory. The mission is to destroy all the hideouts in the desert and valleys to secure western Iraq's border with Syria" before soldiers are posted along the frontier, he said. Wadi Hauran, with 200-metre-deep (650-foot-deep) gorges, is the longest valley in Iraq, stretching 350 kilometres (210 miles) from the Saudi border to the Euphrates River, also reaching the frontier with Jordan. The IS militant group has controlled most of the valley in Anbar province since 2014, setting up arms depots and resupply posts. Troops and paramilitaries launched the desert offensive on Thursday aiming to inflict a final defeat on IS. Prime Minister Haider Al Abadi has said he will not proclaim victory until the jihadists have been cleared from the western desert bordering Syria.