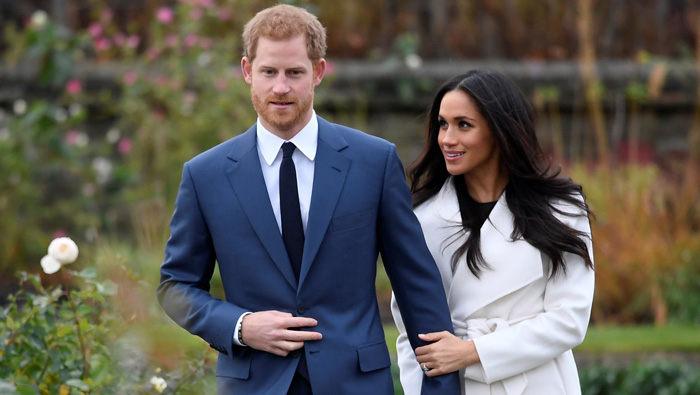 London: Britain's Prince Harry and his U.S. actress girlfriend Meghan Markle announced on Monday they were engaged and would get married in the spring of next year.
Queen Elizabeth's grandson Harry, 33, currently fifth-in-line to the British throne, and Markle, 36, best known for her role in the U.S. TV legal drama Suits, got engaged earlier this month.
"Prince Harry has informed Her Majesty The Queen and other close members of his family. Prince Harry has also sought and received the blessing of Ms Markle's parents," a statement issued by Clarence House, Prince Charles' official London residence, said.
A spokesman for Buckingham Palace said the queen, who had to give her assent for the union, and her husband Prince Philip were delighted. The couple met in July 2016 after they were introduced through friends.
Prince Harry publicly confirmed their relationship months later in a rebuke to the media, which had been intruding into Markle's private life. But it was not until September that they made their first public appearance together at the Invictus Games in Toronto, a sports event for wounded veterans. "We're in love," Markle told Vanity Fair magazine in an interview that month.
"I'm sure there will be a time when we will have to come forward and present ourselves and have stories to tell, but I hope what people will understand is that this is our time. "It's part of what makes it so special, that it's just ours. But we're happy. Personally, I love a great love story." The youngest son of heir-to-the-throne Prince Charles and his first wife Princess Diana, Harry was once the wild child of the royal family. But since enjoying a successful military career that saw him on active service twice in Afghanistan, he has secured a place as one of Britain's most popular royals, not just at home but globally.
Like his mother, he has become a prominent charity campaigner on issues such as mental health and Aids. Markle, who is a divorcee, has appeared in a number of TV shows and films, such as Horrible Bosses, but achieved greatest fame for her starring part as "Rachel Zane" in the ongoing Suits series. She too has had prominent roles as a humanitarian campaigner, such as working as a global ambassador for the World Vision children's charity.
The wedding is likely to attract huge attention across the globe. Some estimates suggested a global television and online audience of 2.4 billion people tuned in for the glittering wedding ceremony for Harry's elder brother William and his wife Kate Middleton in 2011.
"We are very excited for Harry and Meghan," William and Kate said in a statement. "It has been wonderful getting to know Meghan and to see how happy she and Harry are together." In his office's warning to the media about their intrusion into her life, Harry referred to racism directed at Markle, whose father is white and her mother African-American. "We are incredibly happy for Meghan and Harry. Our daughter has always been a kind and loving person," Markle's parents Thomas Markle and Doria Ragland said in a statement.
"To see her union with Harry, who shares the same qualities, is a source of great joy for us as parents. We wish them a lifetime of happiness and are very excited for their future together." British Prime Minister Theresa May offered her congratulations to the couple.
"This is a time of huge celebration and excitement for two people in love and, on behalf of myself, the government and the country, I wish them great happiness for the future," she said on Twitter.