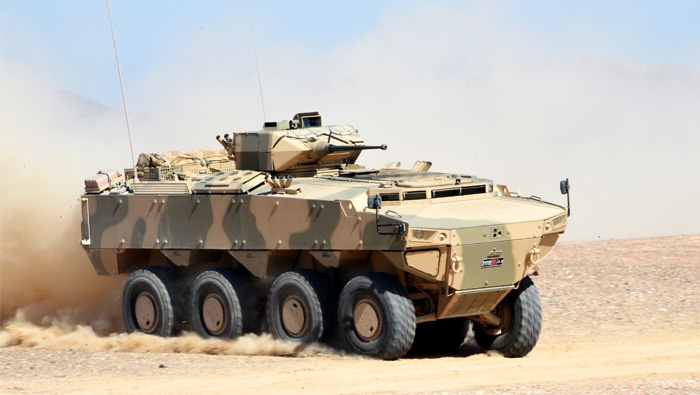 Muscat: The Royal Army of Oman launched yesterday at ‘Safrat Al Dooh’ field of RAO the Turkish Pars x8 armoured personnel carrier under the auspices of Maj. Gen Mattar bin Salim Al Balushi, Commander of RAO.
The event included an overview of the armoured personnel carrier and then a field demonstration of the carrier’s capabilities.
The contract was signed between the Sultanate and the Turkish manufacturer in 2015.
The selection of this armoured carrier came after passing the technical and practical studies, as well as fields tests at the different weather conditions in the Sultanate.
The armoured personnel carrier will help in carrying out the duties of RAO.
The launching comes within the Royal care accorded by His Majesty Sultan Qaboos bin Said, the Supreme Commander of the Armed Forces to the courageous armed forces.
It also comes within the Royal care to promote the capabilities of RAO to meet its needs to carry out its national duties, as per carefully studied development and modernisation plans.