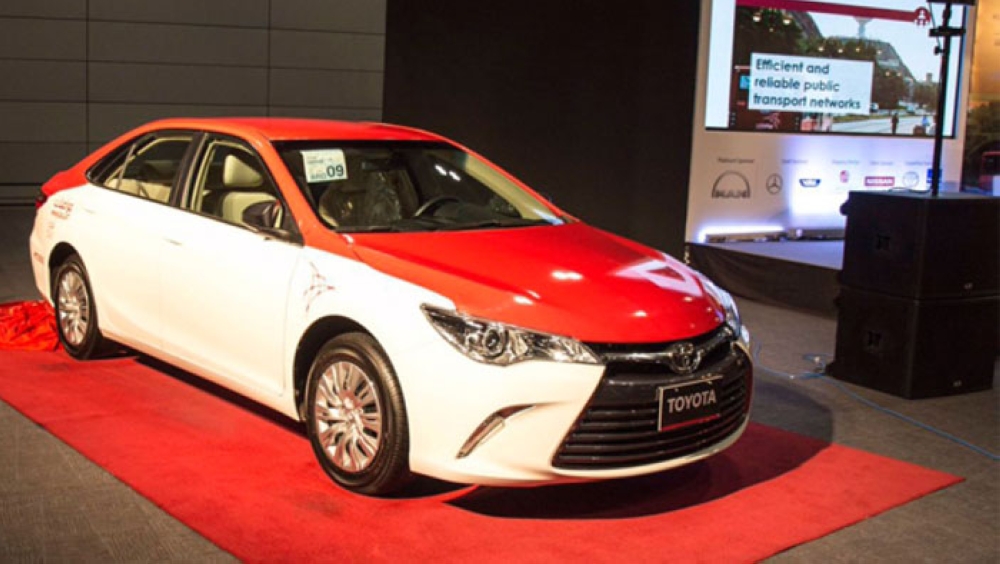 Muscat: Mwasalat Taxi will begin its operations from December 12, announced the Oman National Transport Company (Mwasalat). In the first stage, it will start operations from the Muscat International Airport and commercial complexes, malls and taxi-on-demand in the Governorate of Muscat.
“Mwasalat” confirms that it is committed to the development of this sector in line with the expectations of the public. The new service will be available for Apple Store users, Google Play for pre-booking and immediate access to the service at any time and from anywhere in Muscat.
In addition, there will be sophisticated meters in the vehicles, which will preserve the user’s rights and facilitate the knowledge of the cost of the trip and the travelled distance.
The company explained that the price details will be revealed before the actual operation of the service, as each destination chosen by the user has a different price; as specified in the price list so that the price of airport fare will be at a different price than the price of commercial complexes and pay on demand.
Mwasalat Taxis will be seen in the streets of the Governorate of Muscat from the beginning of next week, until the actual date of operation to measure the effectiveness of systems and devices available within the vehicles, as well as the familiarisation of the public with the new form of vehicles with its distinctive identity.
During the trial period it is possible to use Mwasalat taxis in the commercial complexes and centres, as well as through the mobile application after its activation, which will be announced as soon as it gets ready for downloading and use.