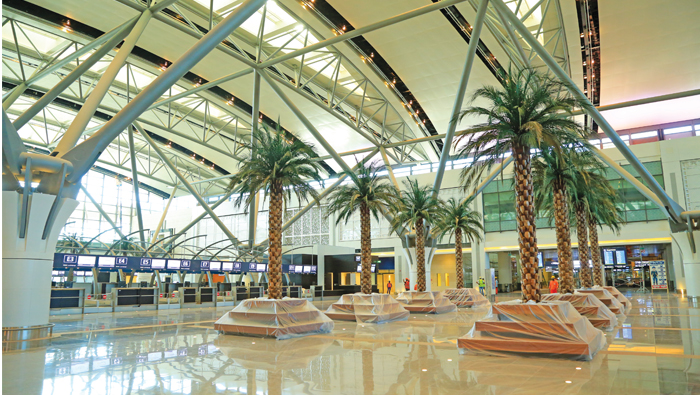 Muscat: The new Muscat International Airport is close to completion, a senior airport official told Times TV on Tuesday.
WATCH: Trials manager says new Muscat International Airport is nearly complete
“The facility you can see is close to 100 per cent,” said Pablo Lorenz, Trials Manager for Oman Airports Management Company.
“We are in the high 90s. In terms of the system, we still have a little bit to go. The systems are there. Now, one of the greatest tasks is to make sure that the systems can actually talk to each other and we get an integrated overview of the airport,” Pablo Lorenz, Trials Manager OAMC, said.
He added that the new airport will be quite different from the old one. “One of the main things that is different from the existing airport is that in the new airport we have the full baggage handling system which will be automated.
“We have self-service check-in kiosks. This is to use the existing application from the airline to enable you to check-in in the same way as you would check-in over your phone.”
The new airport will also cut down travel time. “The boarding bridges to the aircraft are another part of the departures and arrival journey that will cut down movement, as currently you are taken to the bus and brought back to the airport by bus.
“This will change. You will be able to board directly from the gate to the aircraft.”
“We have 29 contact stands and those stands are going to be served by 43 boarding bridges,” he said.
Regarding the new features the airport will have, Lorenz added: “We have two applications. One is the standard OAMC app that provides you with the flight information, status updates, and some basic information about the airport.
Overview and insight
“We also have a very exciting application for the new airport. This gives you a really good overview and insight into the terminal. There is a video you can go through and there is an actual simulation with which you can navigate yourself through the airport. I think we are the first airport in the world that has launched a game. So there’s a game where you can assume a character and get points.”
He also confirmed the new airport will eventually have two runways.
“At the moment the situation with our runway is that we have a single runway, which is the new runway. When that was inaugurated two years ago, the old runway was decommissioned. In the final design we are pushing for a second runway design. We are in the final stages of getting the works underway to refurbish the old runway for that to become available soon after the airport will be opened,” he said.