Lifestyle to blame for rise in diabetes among Oman youth 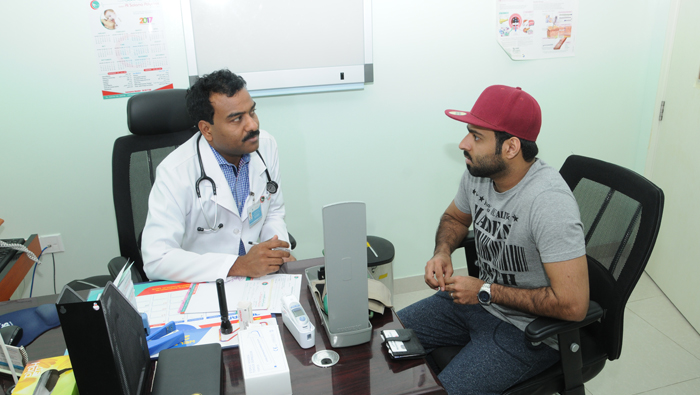 Muscat: Sedentary lifestyles and poor dietary choices are to blame for the rise in the prevalence of diabetes among the youth in Oman, according to a senior diabetologist in the country.
Dr Rashid Ali, who works at Al Salama Polyclinic in Muscat, recently spearheaded a diabetes prevention and care camp, and what he saw there gave him plenty of cause for concern.
“In the five days of the camp, we saw about 300 people,” he revealed.
“About 150 of them were under the age of 30, and among these, 50 per cent had existing diabetic conditions, while we detected new cases of diabetes in another 10 per cent. This is in comparison to only some 30 per cent of the people above 30 who were diabetic. Please check if the meaning is same.
“To mark World Diabetes Day on November 14 (Tuesday), we conducted free sugar tests for all those who came to the camp,” added Ali. “We also checked the average sugar levels of diabetics, over a period that included the last four months. We found many youngsters to be diabetic.
“The cause of diabetes is our unhealthy food habits and sedentary lifestyle,” he said.
“We had conducted a class for those who are diabetic and pre-diabetic, and we asked them to control their diet and avoid spicy, oily and sugary foods, and asked them to eat plenty of fruits and vegetables, in addition to drinking plenty of water. We also told them to do about 30 minutes of exercise for at least five days a week.
“Long-term consequences of untreated diabetes could cause extensive kidney damage, strokes, heart problems, eye problems, peripheral arterial diseases, non-healing ulcers, and even necessitate amputation of body parts.
“Many people here live without family, so they eat unhealthy food which is too salty and oily. They need to eat proper food,” added Ali. “A lot of the existing cases of diabetes were uncontrolled, so they need to seek advice from their doctors immediately. People today want to eat junk food,” he explained.
“They do this because it is tasty and easily available. They like to eat out because of the taste it provides, and children today also seem to prefer junk food. Diet control and exercise is the main solution to ensure you are not affected by diabetes.”
Oman’s government has also taken steps to educate the populace and prevent the spread of diabetes in the nation.
“The government of Oman has set up the Oman Diabetic Association in 2006 to centralise and optimise diabetes care at a national level, as well as prevent complications due to diseases that arise from diabetes,” revealed Ali. “They conduct diabetic research, and to help improve the quality of life, they conduct free check-ups and follow-ups for diabetic people, in collaboration with government departments.
“About 12.3 to 12.5 percent of Oman’s population are diabetic, and another 4 per cent were found to be pre-diabetic,” he remarked. “If these lifestyle habits continue, these will cause development of blood pressure, cholesterol and obesity and increase the morbidity and mortality of the population.”
Contrary to popular belief, diabetes is a condition that is very manageable.
Amani Al Shammakhi was diagnosed with diabetes at the age of just three, spending the first 21 years of her life in and out of hospitals, with the ambulance virtually becoming her second home. Doctors had said she would not live long
When her family doctor ran into her at the fruits section in Lulu Hypermarket recently, he was amazed that she was able to even breathe, let alone live life to the fullest. However, Amani’s battle with diabetes gave her the mental strength and resilience to excel, and she topped class after class in school, before graduating with distinction from the Sultan Qaboos University just last week, proof that anyone can overcome the hurdles that come their way.