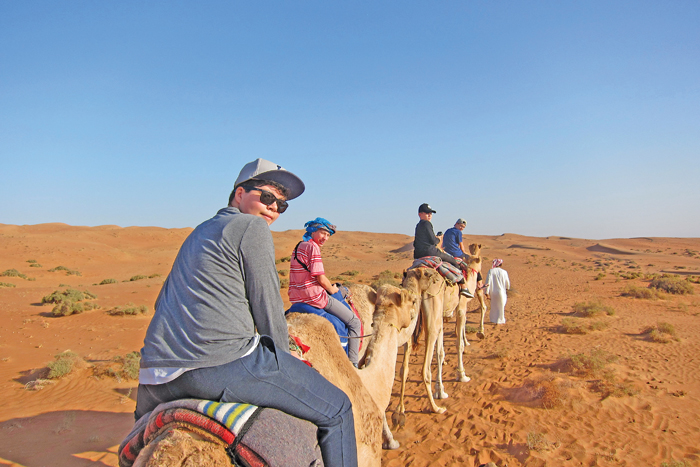 Two German authors will soon bring out a book to commemorate 25 years of Germany-Oman association and 50 years of their consular relations. “In our book, we want to demonstrate the various aspects of the German-Oman relationship,” said Natascha Plankermann, one of the authors who is a journalist based in Germany. Apart from the important jubilees, it is Oman and its people that have driven the authors to go ahead and write an extensive book about Oman and Germans living in Oman.
“We visited Oman in 2015. For us, it was amazing to see how different cultures from different countries can work together peacefully. This is the idea that the world needs to follow, and therefore, we want to write this book to show the world that it is possible for different people to work together, if they have respect for each other,” said Gabriele Brahler.
The book deals with several subjects. “We are focussing on a huge scope of topics such as science, economy, communication, culture, and society,” they remarked.
During the course of their research in Oman, they met a lot of people and heard some extremely fascinating personal stories, which they plan to include in the book. “For the last seven years, both countries have been conducting exchange programmes for their students. The students (German and Omani) are working together on projects, and they said to me that they have the same subjects but just speak different languages, which was very refreshing to hear,” they revealed.
**media[776118]**
The year also marks the 10th anniversary of the only German University in the Gulf. “The GU Tech (German University of Technology) is the only German university in the Gulf region, closely connected with the RWTH Aachen University. Young people are educated here according to the requirements in Oman,” they explained. Some other interesting tales in their book will include those of German archaeologists and the bronze age in Oman, movie trilogy ‘Son of Sindbad’ , the use of frankincense and dates in Germany and an interview with Oman’s ambassador to Germany, who is a woman. The book is expected to be launched early next year both in Germany and Oman.
—[email protected]