Bangladesh in talks with Myanmar on Rohingya refugees repatriation deal 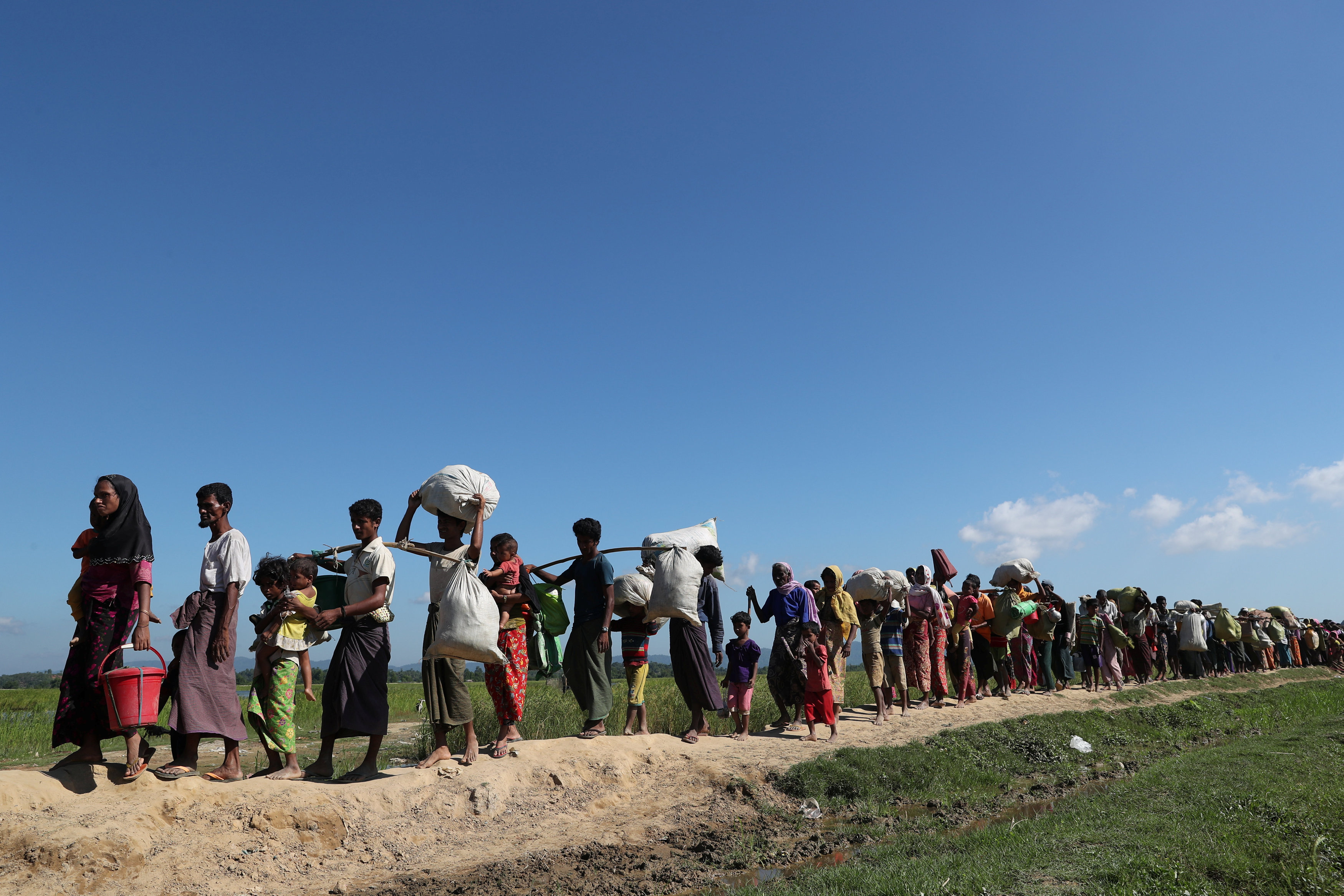 Dhaka: Bangladesh is in negotiations with Myanmar aimed at a deal to repatriate Rohingya refugees and Dhaka's foreign minister will address the matter at talks in Myanmar this week, the Bangladeshi foreign ministry said on Sunday.
More than 600,000 Muslim Rohingya have fled to neighbouring Bangladesh since late August, driven out by a military clearance operation in Buddhist majority Myanmar's Rakhine State. The Rohingyas' suffering has caused an international outcry.
"Bangladesh and Myanmar are in the process of negotiation for a bilateral agreement for repatriation of displaced people and expect to form a Joint Working Group to facilitate the repatriation," said a ministry statement, quoting remarks by Foreign Minister Abul Hasan Mahmood Ali at a meeting with his Japanese counterpart in Dhaka on Sunday.
A senior aide to Ali said he would leave for Myanmar late on Sunday to attend an Asia-Europe (ASEM) meeting on Monday and Tuesday and would stay on another couple of days for bilateral talks on the Rohingyas.
The official said Ali hoped for an agreement on allowing Rohingyas to return to Myanmar. "Both countries have almost reached an understanding on this issue and there are a few points (still) to be agreed... We hope to reach an agreement."
"We support Bangladesh's efforts towards a lasting solution, including the repatriation of displaced persons," Japanese Foreign Minister Taro Kona told Ali at their meeting, where Tokyo pledged $18.6 million in aid to ease the Rohingya crisis.
Last week a United Nations General Assembly committee called on Myanmar to end military operations that have "led to the systematic violation and abuse of human rights" of Rohingya Muslims.
The move revived a U.N. resolution that was dropped last year due to Myanmar's progress on human rights.
However, in the past three months there has been a Rohingya exodus to Bangladesh after Myanmar armed forces began an operation against Rohingya militants who attacked 30 security posts and an army base in Rakhine on August 25.
Myanmar's army released a report on Monday denying all allegations of rapes and killings by security forces, days after replacing the general in charge of the military operation.
Top U.N. officials have denounced the violence as a classic example of ethnic cleansing. The Myanmar government has denied these allegations.
Rohingyas have been denied citizenship in Myanmar, where many Buddhists regard them as illegal immigrants from Bangladesh.
Reuters