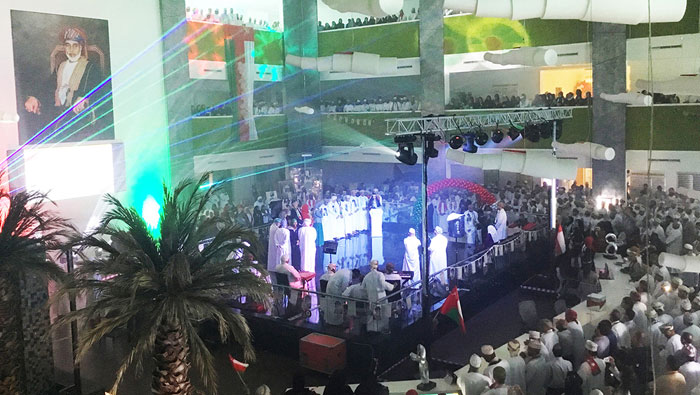 Muscat: Social media singing sensation Mohammed Al Manji was one of the stars of the show to mark the 47th National Day celebrations.
Petroleum Development Oman (PDO) organised a series of events on the occasion.
Thousands of staff and contractors took part in events in Muscat and interior to mark the celebrations.
Mohammed, who attracted over 10 million views on YouTube for his Omani version of Despacito, entertained employees at PDO’s Mina Al Fahal headquarters with some popular Omani hits, and a band from Badiya led traditional dancing.
Omani artist Said Al Ruwaidhi drew a portrait of His Majesty as well as 20 PDO staff selected from raffle draw.
Concept Process Engineer Mohamed Salim Al Fazari won the National Day photo competition, which was based around the theme of PDO’s 50/80 anniversary this year: 50 years since the first export of Omani oil and 80 years since the inception of the company.