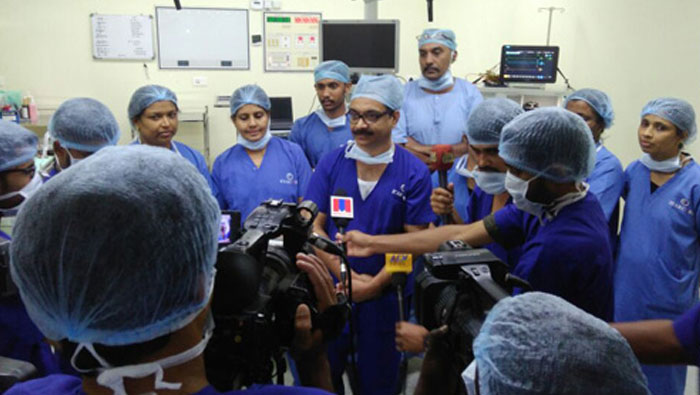 Muscat: In a four-hour-long surgery, 191 tumors were removed from the uterus of an Omani woman in a hospital in Kerala last week, the hospital authorities said.
Star Care Hospital, which carried out this complicated surgery successfully, has approached the Guinness Book of Records authorities to get the surgery recognized as a record.
**media[774605]**
According to the medics, removal of 186 tumors from a patient in Egypt is the current Guinness Book record holding procedure.
“Respecting the lady’s wish to be a mother again, we carried out the surgery retaining her uterus and ovaries,” Dr Abdul Rasheed, the medic who led the surgery said.
“Key-hole surgery techniques and conventional styles were carried out,” the medic added.
In India, the existing record is the removal of 84 tumors.
According to the hospital authorities, the woman and her relatives will leave the hospital in two days.
Star Care has three hospitals in Oman too.