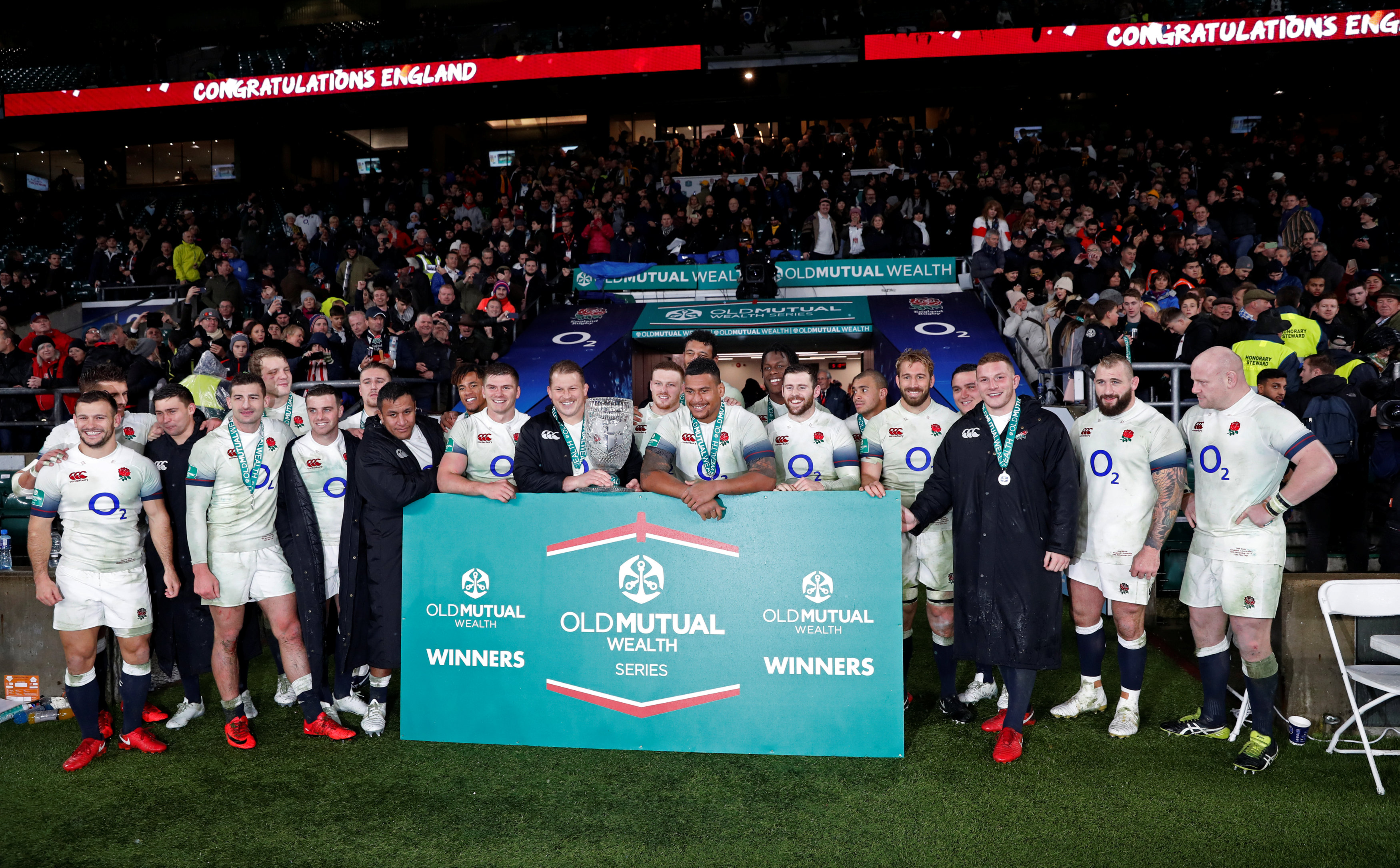 London: England battled to a fifth successive win over Australia when they triumphed 30-6 at a sodden Twickenham on Saturday but they had the TMO official and three tries in the last eight minutes to thank for a record, but highly flattering victory.
Australia had two tries disallowed by the Television Match Official (TMO), who also allowed England's early try by Elliot Daly.
The Wallabies were on top and thought they had levelled the match at 13-13 with 12 minutes to go after the third decision went against and in a remarkable finish Jonathan Joseph, Jonny May and Danny Care scored to turn what had been a knife-edge game into England's biggest victory over their old rivals.
"There was not much in it but we had the bounce of the ball and we always back ourselves to play for 80 minutes," England coach Eddie Jones said after his team ended Australia's seven-match unbeaten run.
"It got away from us at the end. There were a couple of decisions that didn’t go our way," Australia captain Michael Hooper said. "It’s hard to judge when you’re on the field, but I thought they were both tries.”
England showed more intent than in last week's "grindathon" victory over Argentina but on a cold day with a greasy ball there was a lot of tactical kicking - and errors when players did take it into contact.
Reliable kicker
In such conditions a reliable kicker is crucial and the return of Owen Farrell showed just that as he slotted two penalties while Bernard Foley, who was supreme with the boot when the Wallabies knocked England out of the World Cup two years ago, sent his only first-half attempt horribly wide.
That contributed to a frustrating half for Australia, who gave away nine penalties, had a Hooper try ruled out for offside then lost the flanker and fullback Kurtley Beale to the sin-bin to leave them down to 13 men and trailing 6-0.
A long-range penalty by Reece Hodge closed the gap nine minutes into the second half as England lost their shape and kept sending relatively aimless kicks into the hands of the visitors.
The game changed decisively in the 54th minute. A brilliant tackle-bursting run and offload by Samu Kerevi looked set to put Tevita Kuridrani through but his centre partner knocked on.
England regathered and Ben Youngs’s long kick deceived Beale by hugging the touchline but slicing in. As Beale relaxed Daly was alive to it, hacked forward and scored the key try, which, after a lengthy TMO discussion, Farrell converted.
Instead of Australia leading 10-6 they were suddenly 13-3 down with 25 minutes to go.
The visitors still had more of the game and starved England of the ball, reducing the gap with a Foley penalty. They cut through more shaky England defending to send Marika Koroibete over - only for the TMO to again rule against them, disallowing the try for obstruction.
Instead of being level, Australia were suddenly on the ropes as England got behind them.
Replacement Care chipped through for Joseph to chase and slide over, May showed remarkable determination to forced his way over after another Care kick and the scrumhalf completed a memorable cameo by scoring the final try.