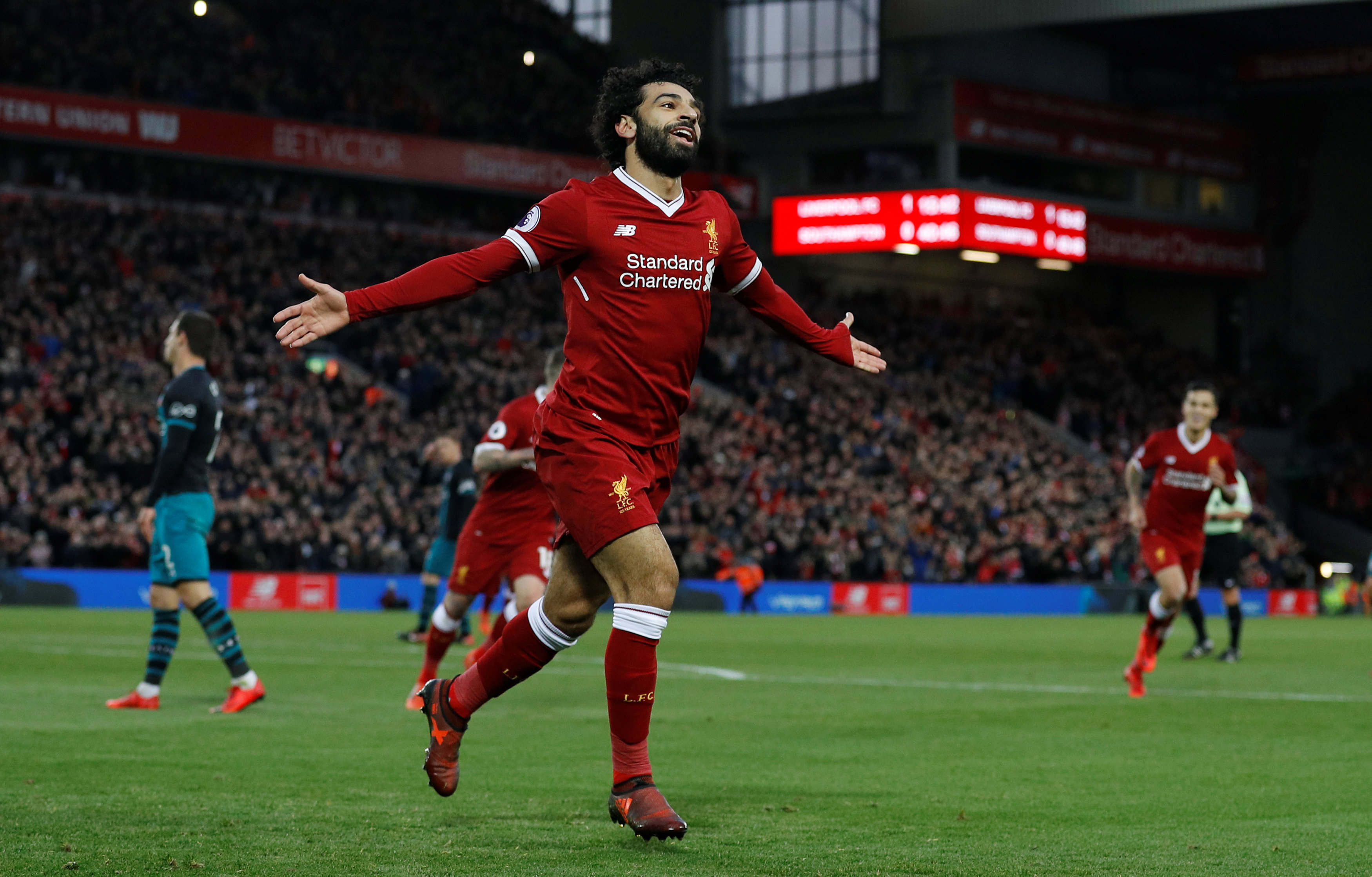 London: Liverpool continued their push towards the Premier League's top four after Mohamed Salah scored two superb goals in a 3-0 win over Southampton on Saturday and broke former striker Robbie Fowler's club record.
The result left Liverpool fifth on 22 points from 12 games, one behind fourth-placed Tottenham Hotspur and third-placed Manchester United who were at home to Newcastle later in the day.
Juergen Klopp, who was taken to hospital after a health scare on Wednesday and returned to work on Thursday, was able to sit back with no jitters as a flawless Liverpool performance drew praise from their manager.
"It was an open game, we had more chances before we scored," Klopp told the BBC. "We need to be patient in a lively way.
"The first goal, wow, I have nothing to do with the goal and the second was a fantastic pass and Mo Salah makes great runs. We could have scored more but it was a perfect day for us."
Salah became the first Liverpool player to score nine goals in his opening 12 league games, eclipsing Fowler's tally of eight, after two strikes in the first half.
The Egypt forward capitalised when Southampton's Dusan Tadic lost possession in a dangerous area and curled a delightful effort past visiting keeper Fraser Foster to fire the home side ahead in the 31st minute.
Ten minutes later, Salah tucked the ball home with plenty of composure after Brazil midfielder Philippe Coutinho, who also enjoyed a fine afternoon at Anfield, released him with a defence-splitting pass.
With Southampton subdued, Coutinho made it 3-0 midway through the second half when he swept home a rebound after Foster parried a fierce Roberto Firmino shot into his path.
Liverpool, who maintained their unbeaten run at Anfield in all competitions this season, missed several chances to win by a bigger margin as Southampton dropped to 14th place on 13 points, four above the relegation zone.