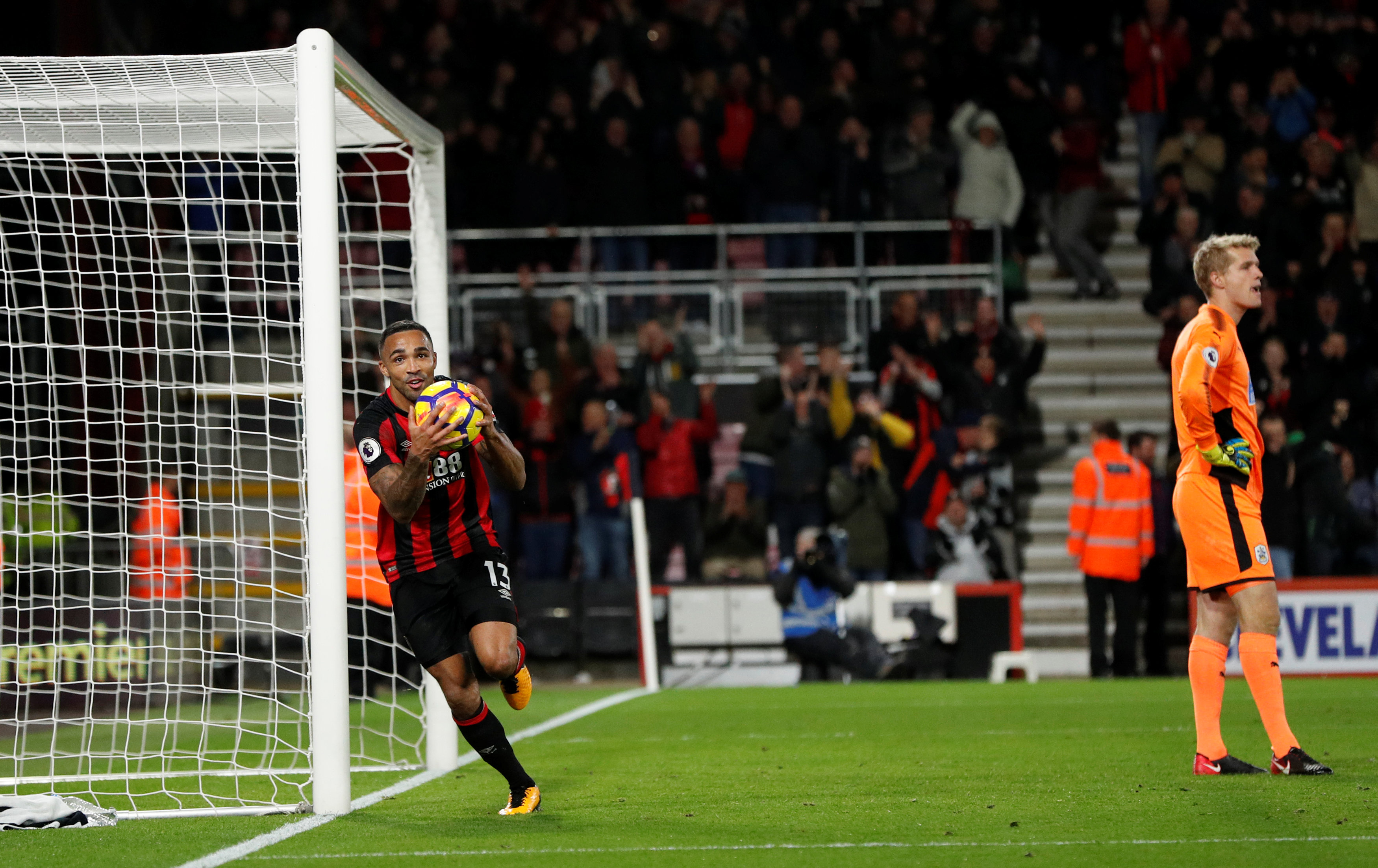 London: Callum Wilson put his injury torment behind him as he netted an impressive hat-trick to help Bournemouth record a 4-0 victory over Huddersfield Town at the Vitality Stadium on Saturday.
Wilson has been forced to miss a large part of 2017 with a serious knee injury, but opened the scoring on 26 minutes when he headed home a corner from Jordan Ibe and doubled the lead five minutes later when he broke the offside trap and delivered a fine finish past Huddersfield keeper Jonas Lossl.
The home side were reduced to ten men on the stroke of halftime when Simon Francis picked up his second yellow card of the game, but made it three on 70 minutes when Harry Arter made no mistake with a clinical finish just inside the area.
Wilson completed his hat-trick on 84 minutes when he fired the ball into the bottom corner as Bournemouth made it four wins from their last five in all competitions, while Huddersfield have now gone five games without a goal on their travels.