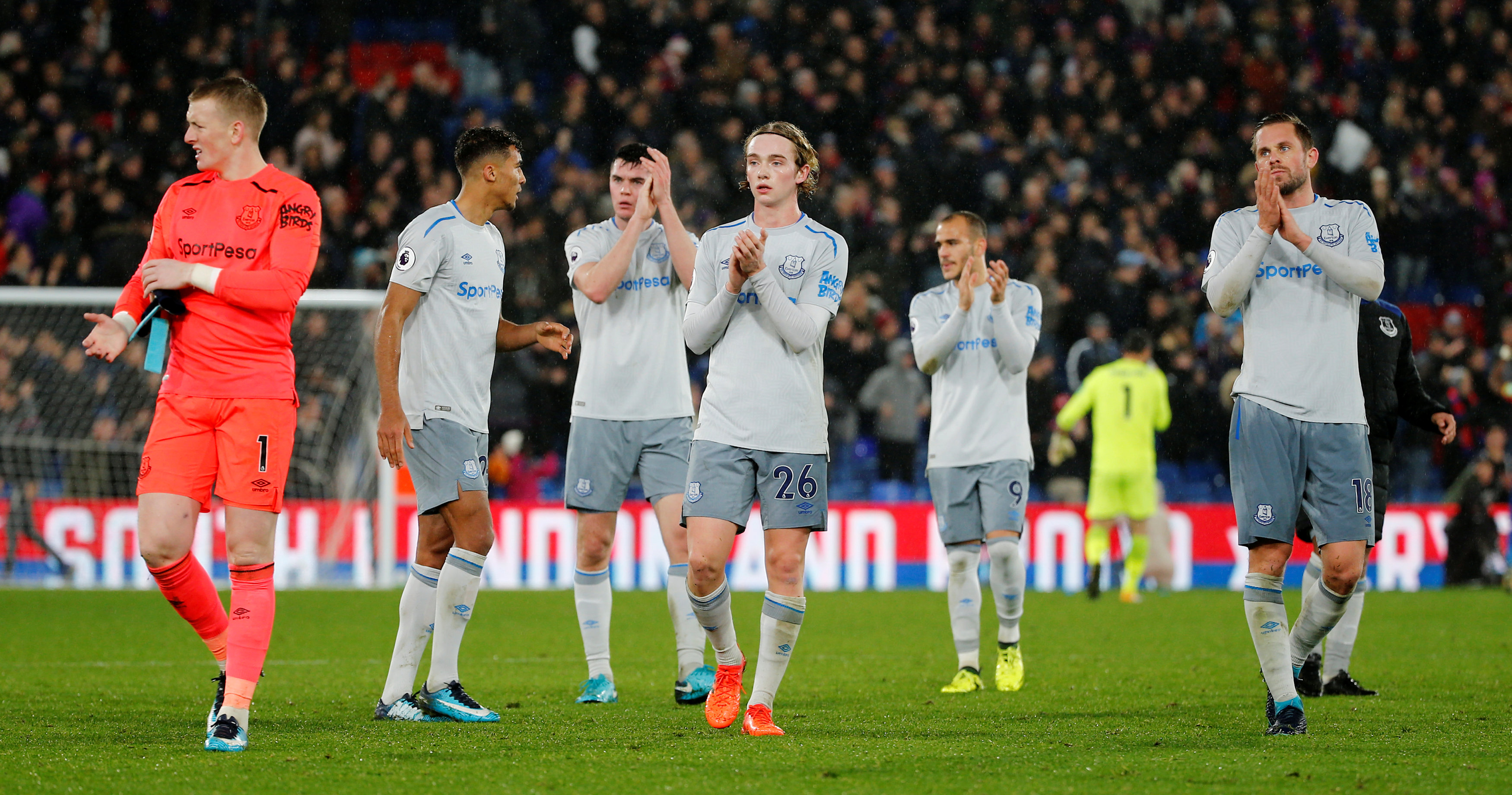 London: Basement side Crystal Palace were left to rue missed opportunities as they were held to a 2-2 draw by Everton in a pulsating Premier League match at Selhurst Park on Saturday.
Palace were on the scoresheet inside the first minute with James McArthur's close range finish, but their celebrations were cut short as the visitors responded almost immediately from a Leighton Baines penalty, resulting from a Scott Dann foul on striker Oumar Niasse.
The hosts recovered well to dominate the possession and deservedly took the lead again with a goal from winger Wilfried Zaha, before another defensive error from Dann allowed Niasse to equalise for Everton on the stroke of halftime.
Late substitute Christian Benteke, who returned for Palace after recovering from a knee injury, scuffed an opportunity wide with eight minutes left.
The 26-year-old Belgian had another effort saved by Everton goalkeeper Jordan Pickford as they were forced to settle for a draw.
Roy Hodgson's Palace remain rooted to the bottom of the standings, with all of their five points this season coming in their last three home matches.
"We were the better team throughout so to end up with just the draw is very disappointing," Dann said.
"Every game is a chance to kick-start the season - we have a point out of today, we should have had three, but we have to dust ourselves down and go again."
Everton caretaker boss David Unsworth was impressed with his team's mental strength to come back from a goal down twice in the first half.
"That was a well-fought point. We had to come back twice and we showed great resilience and desire. I am delighted with a point," Unsworth said.
"To concede so early is always a blow but we came back strongly and this team has shown they have fight and desire."
Everton provisionally dropped to 16th in the league and are just three points above the relegation zone.