Football: Luis Suarez at the double at Leganes as Barca win again 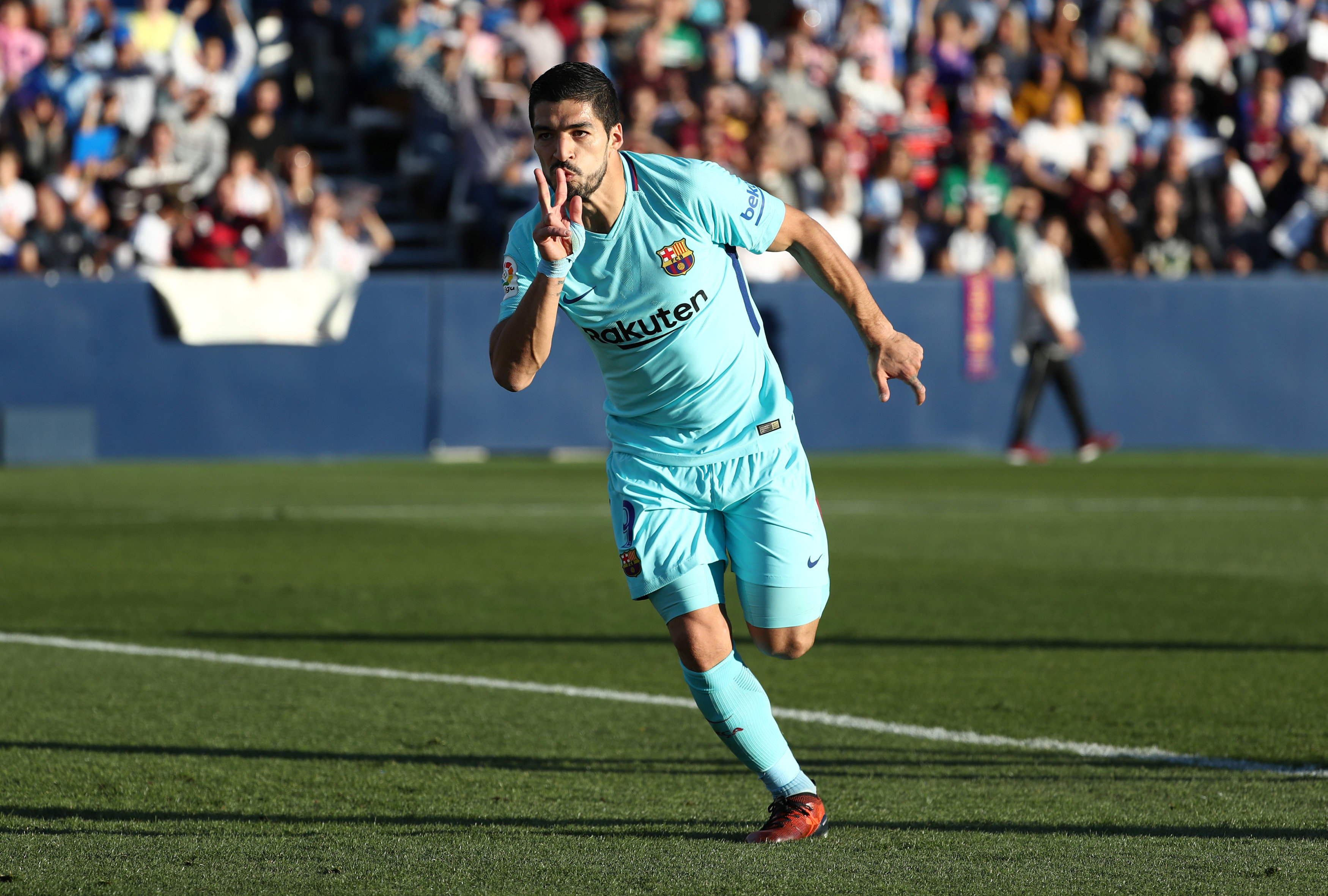 Barcelona: Barcelona striker Luis Suarez snapped a goal drought spanning five games by scoring twice in his side's 3-0 win over Leganes on Saturday to take the Catalans seven points clear at the top of the La Liga table.
The Uruguayan reaped the benefits of two weeks rest after being left out of his country's internationals and pounced from close range to give Barca the lead in the 28th minute after Leganes goalkeeper Ivan Cuellar failed to hold a shot from Paco Alcacer.
Suarez doubled Ernesto Valverde's side's lead on the hour by sliding to send another rebound beyond the hapless Cuellar and was twice denied a hat-trick. Substitute Paulinho poked in the third in stoppage-time for his fourth goal of the season.
There was one negative for Barca, however, as defender Gerard Pique picked up a fifth yellow card of the season and is suspended for next week's top-of-the-table clash at Valencia, adding to the absence of fellow centre back Javier Mascherano.
Barca lead the standings on 34 points from 12 games, seven clear of Valencia who visit Espanyol on Sunday.
Champions Real Madrid visit local rivals Atletico later on Saturday in the first capital derby at the new Wanda Metropolitano stadium.